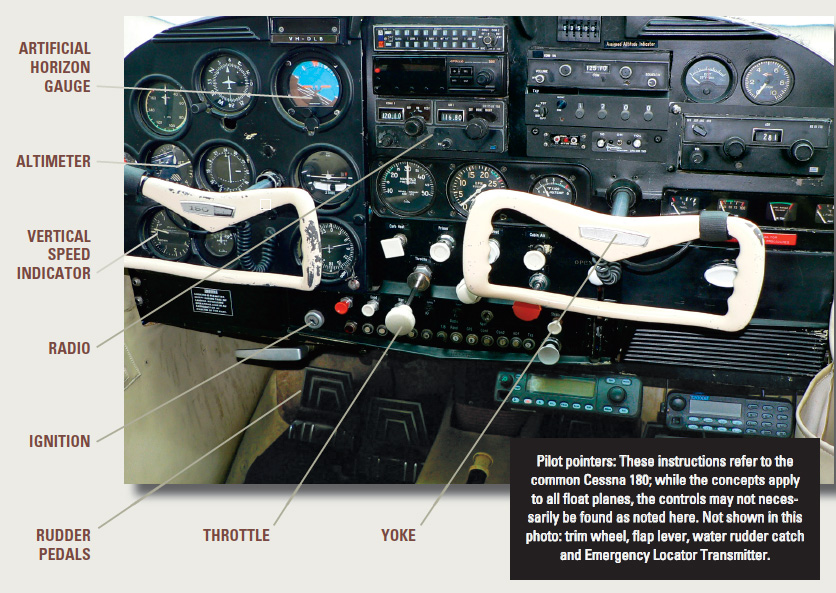 How to land a float plane

Okay, you’re flying off on that long-awaited fishing trip with your buddies when your float plane’s pilot slumps over in his seat, unconscious. You’re in the co-pilot’s seat, so you try to wake him. It’s no use. What to do? There’s only one thing you can do: try to get the plane back down on the water.

Most of us have darkly fantasized about landing a float plane in an emergency. Well, here’s your chance, so keep cool, follow these steps and just maybe you’ll wind up a hero.

Or not. But it’s sure worth a shot.