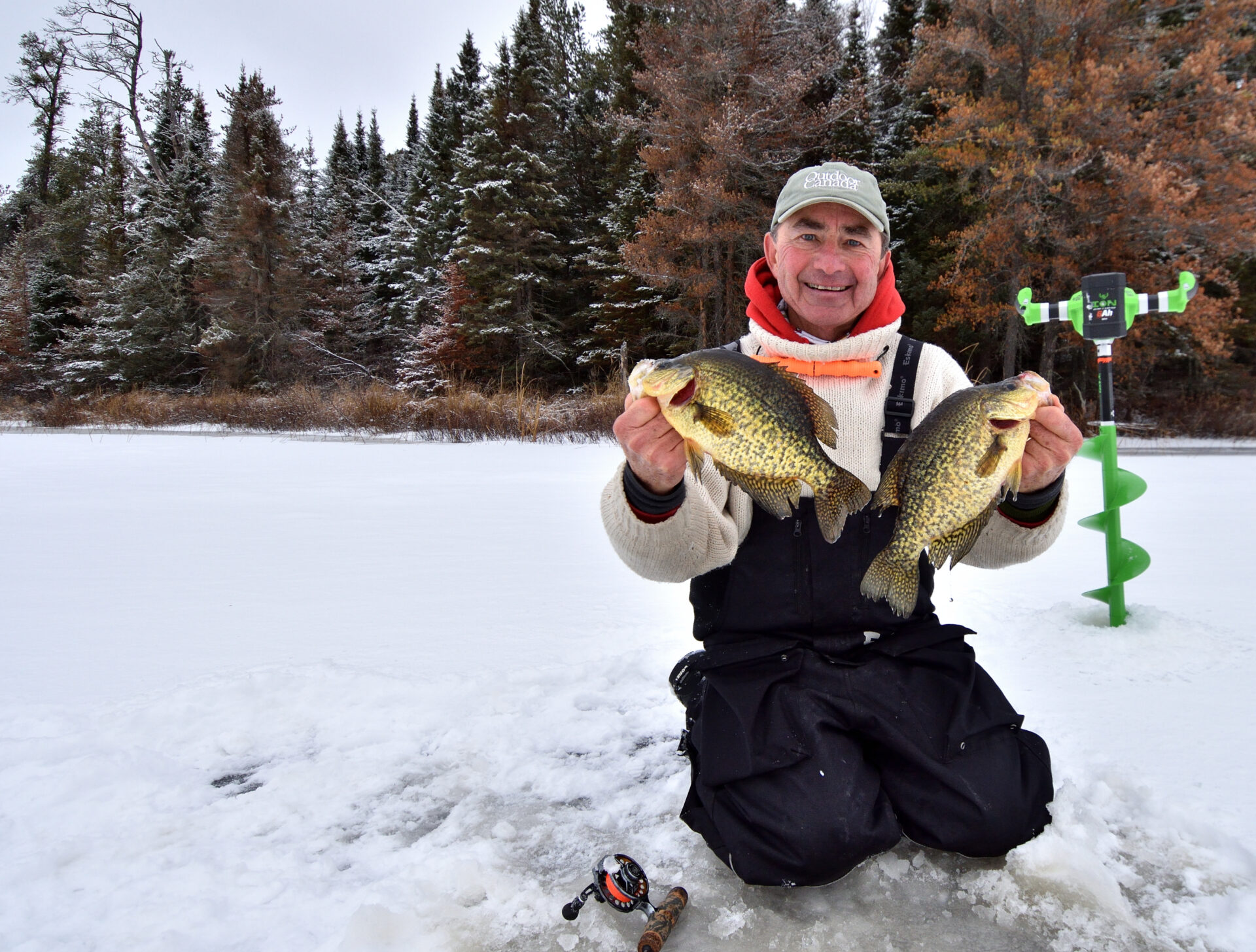 How to pick the best ice-fishing line for the conditions

Should you use braid, mono or super-line? It all depends on these factors

Do you want to get the keyboard warriors in a frenzy?  Start talking about your favourite ice-fishing line.  You’ll be summarily drawn and quartered by the internet police. Like most things in fishing, though, there is no right or wrong answer to the question of which ice line is best. Rather, it boils down to a careful trade-off of considerations. That’s why I have either florescent neon fire-coloured Sufix Performance Ice Fuse or bright yellow HV Maxima monofilament spooled on almost every one of the 58 ice rods I have ready to use at a moment’s notice.

Now, as soon as some folks see that I mentioned a super-line, they’ll wince and tell you that it ices up more than mono or fluorocarbon. Guess what? It does. But I ice fish for the better part of five months—from mid-November until mid-April—in temperatures that often dip down so low that it doesn’t matter if you’re talking Celsius or Fahrenheit. And stripping a small glaze of ice off my gel-spun every few minutes is a small price to pay for the benefits of no-stretch line and instant hookset sensitivity. I especially like that four-pound-test Performance Ice Fuse is the same diameter as the silk a spider spits out to build its web, so I can dance my light perch, crappie and ciscoe jigs effortlessly. And the stuff has zero memory, so coiled line is never an issue. I’m more than willing to get all of those benefits if the only price I have to pay is rubbing my hand up the line every few minutes to remove a bit of ice.

On the other hand, I like the stretch that monofilament gives me when I’m jigging for big walleye on Lake Winnipeg, for example, and lake trout around home. Hefty lake trout, in particular, like to go berserk, and rocket up when you set the hook, so monofilament doesn’t recover as quickly as super-line and you can often control the fish better. 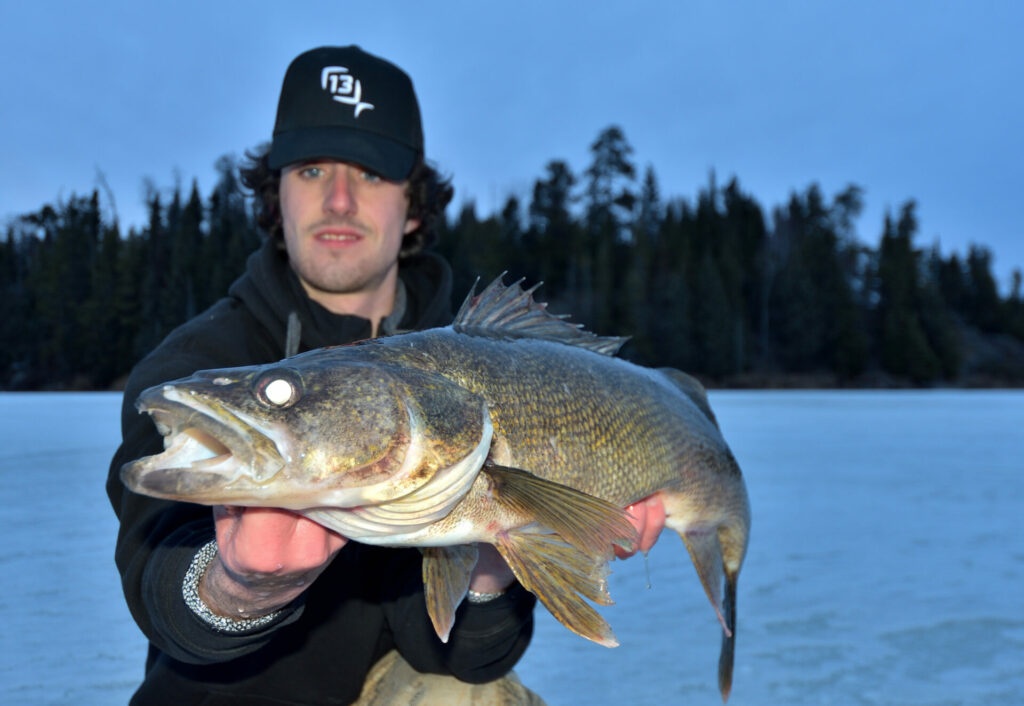 I was talking about this a while back with buddy Donovan Pearase, who runs Blackwater Cats on Lake Winnipeg, and I found his thoughts to be enlightening. “A couple of my guides don’t mind maintaining their braided lines all day long, and stripping the ice off every five minutes,” he said. “But I can’t stand doing that. We’re fishing outside a lot, so I personally use eight-pound mono and a 17-pound test leader that’s as long as the thickness of the ice. That way, when you get a big walleye close to the hole, you will see the swivel, and take your time to get its head up.

“If I am fishing inside a shack, however, I’ll definitely use 15- or 20-pound braid. One of my guides swears by 10-pound braid, because he feels it gives him better jigging and snapping action with a spoon. We’re catching big fish—walleyes up to 15 pounds—so I like a thicker braid tied to a swivel, and then a 17-pound mono or fluoro leader.”

It is interesting, too, that not that long ago we did everything possible to hide our line from the fish, but these days bright red and yellow lines are the go-to for many ice anglers. Just the other day, for example, I had a great time landing 29 black crappies, 11 jumbo perch and two bonus northern pike. And, truth be told, I didn’t feel half a dozen of those fish when they hit. Instead, I kept my Helix 7 sonar unit in front of me, so that my rod tip was lined up like a gun sight, pointing straight at it, and then I simply gazed up and down, alternating between the screen and the spot where my yellow or red line entered the water. As soon as I saw it twitch and ever so subtly straighten out, I set the hook and iced another fish.