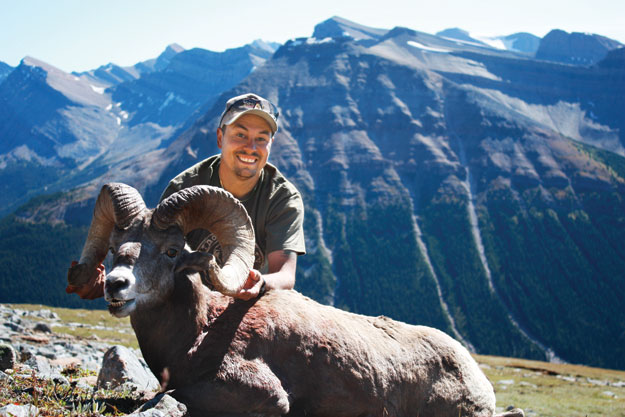 Two years ago at the age of 36, Pat Garrett of Bretton, Alberta, became the youngest hunter to ever complete the Super Slam of North American Big Game, taking all 29 of the continent’s traditionally recognized big-game animals. That total includes five caribou, five sheep, five deer and four bear species, plus more exotic animals such as muskox and tule elk. While big-game hunters may dream of completing a Super Slam, few ever accomplish it. But as Garret has shown, it can be done. Here’s how.

Desire: Garrett was born into a hunting family, and he killed his first big animal, a white-tailed deer, alongside his father and grandfather in 1989. From that moment, he was hooked on the sport. Garrett is adamant that desire ranks first if you want to undertake the Super Slam. “You’ve got to want the adventure,” he says. That includes a great deal of preparation, including learning everything about each species, from its tracks and scat to its diet. It’s not about the kill, he says, but the adventure of visiting so many different places alongside like-minded outdoors people.

Persistence: Garrett says his polar bear hunt was the toughest. Temperatures rarely rose above -35°C, and after 14 fl at ATV tires, many guides quit. As a guide and outfitter himself, however, Garrett knew the importance of staying focused—he finally killed a bear on the fifth day. Then there’s the 82 days he spent hunting bighorn sheep in his home province. “No matter what happens along the way, always keep a positive frame of mind,” he says.

Support: Without family support, says Garrett, don’t even consider undertaking a quest of this magnitude. “No matter how bad it got, I could always call home,” he says. In fact, it was his father who suggested he go for the Super Slam in 2006, when he had just 13 species to go. And by registering as a member of the Grand Slam Club/Ovis and the Wild Sheep Foundation, Garrett was able to connect with other Super Slammers and gain invaluable first-hand advice on hunting the various species.

Planning: Due to regulations, many hunts require the hiring of an outfitter, so budget for $250,000 to $400,000 in expenses over the course of a Super Slam, depending on where you live. Do some research to find the most reputable outfitters. Also, make good use of the timing of hunts. Garrett harvested his final 13 species in just five years, for example, largely because he could hunt some of the animals during seasons other than the fall. Muskox, polar bear, cougar, bison, Coues deer and desert sheep all have seasons beyond the traditional time frame.