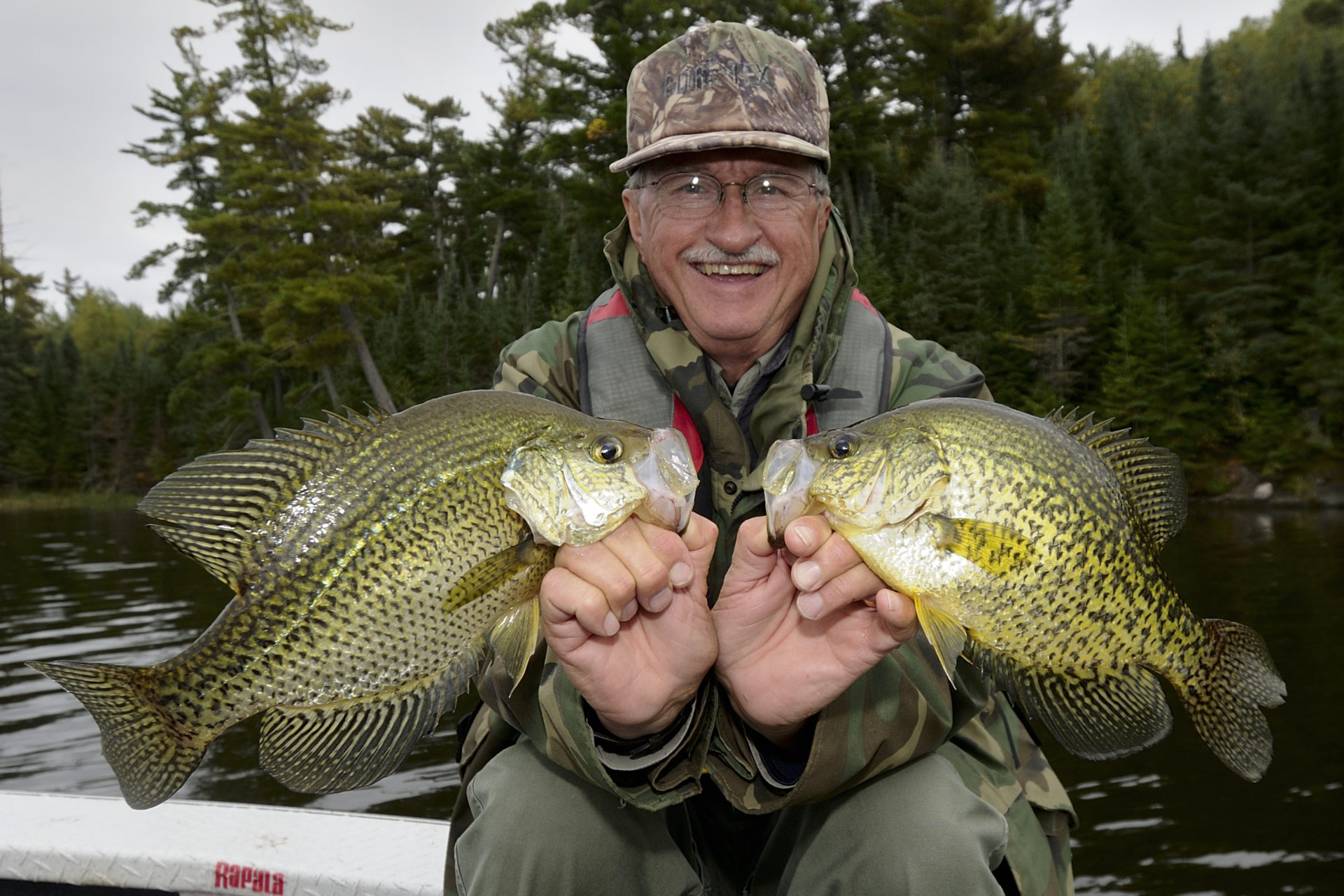 How to tell the difference between black and white crappies

Telling the difference isn't as obvious as you might think

Few things in fishing are cut and dried—or black and white—but crappies are one of them.  I received a question recently from a reader who wanted to know if the fish he was catching were black crappies or white crappies, and how he could tell the difference.

While white and black crappies share many similar physical characteristics, as well as habits and habitat, they also are quite different in many other ways. White crappies, for example, tend to have an olive or green sheen to their backs and very light white or silvery flanks–hence the name. White crappies also have eight to ten dark vertical bars along their sides.

If you’re still not sure what you’ve caught, however, the most definitive way to tell is by counting the spines on the fish’s dorsal fin. A white crappie has no more than six dorsal spines while a black crappie has at least seven and often eight.

With regard to habitat, the white crappie is much more tolerant of warm muddy water and lakes with soft muck bottoms. Black crappies, on the other hand, prefer clearer and cooler water conditions.  Black crappies are also more commonly associated with rock structures, hard bottom areas and aquatic vegetation.

Nevertheless, it is still not uncommon to catch white and black crappies in the same lake or river, although one species usually dominates over the other, depending on the physical characteristics of the waterbody. In the United States, for example, there are many lakes where the water has cleared significantly in recent years, to the point where they now much more strongly favour black crappies over the whites that previously dominated.

Biologists in those regions have also discovered that the black crappies migrate into shallow water much earlier in the spring, and remain there much longer than white crappies.

One last point worth mentioning is that black crappies are far more commonly found in Canada than their white counterparts.  Indeed, according to Scott and Crossman and their Freshwater Fishes of Canada, white crappies occur… “Only in the area of western Lake Ontario, all of Lake Erie, Lake St. Clair and Lake Huron as far north as Manitoulin Island. The latter is the most northerly record in Canada and, possibly, of its entire range.”