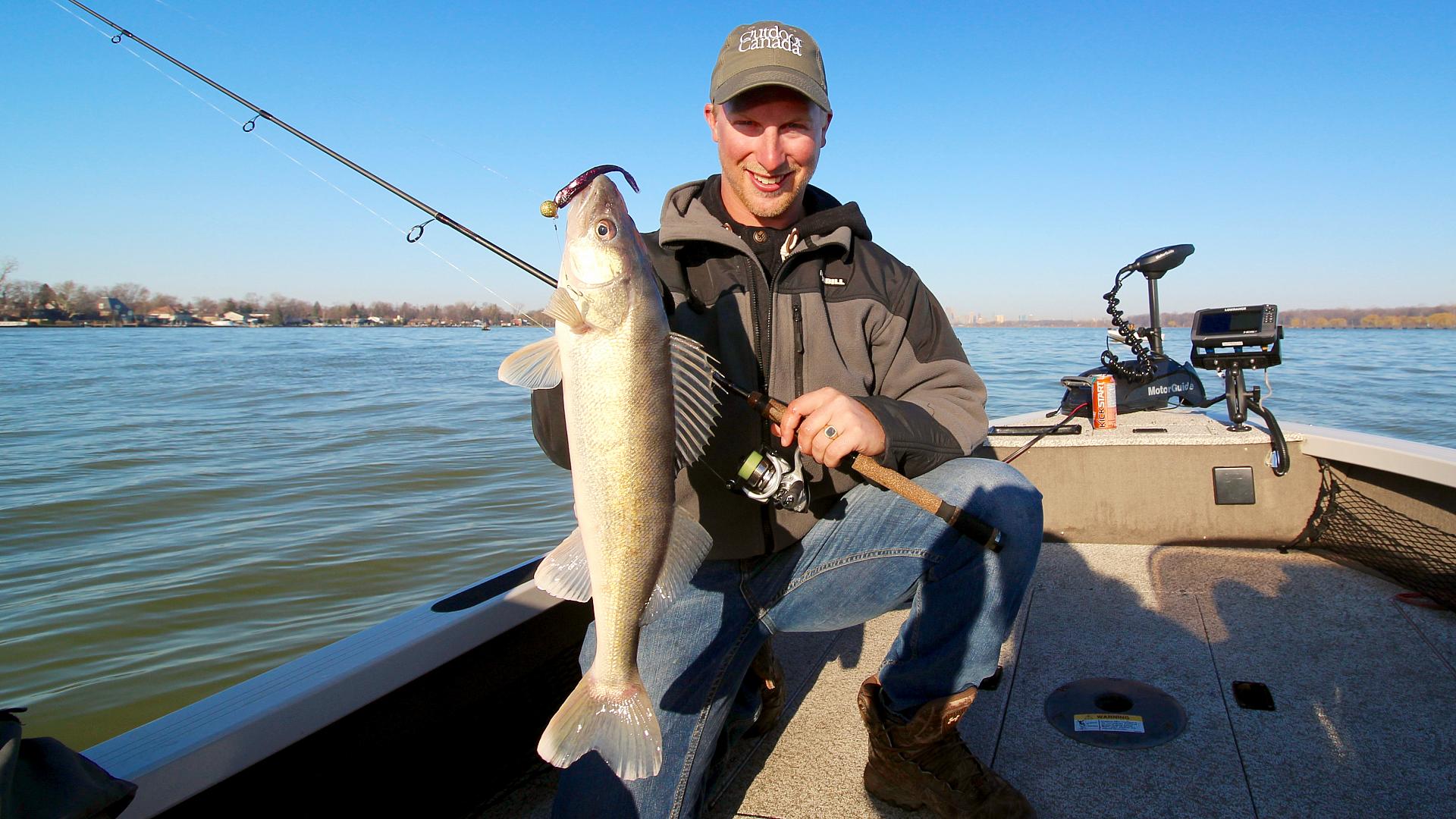 How to catch walleye anywhere, any time, with the most versatile lure of all

More frequently than most anglers realize, the bulk of a waterbody’s walleye population is in shallow water. It’s certainly true in the spring. After walleye spawn, they remain oriented to the shoreline for weeks, basking in the warm water around structure. You’ll also find them shallow in the summer, flooding the flats under the cover of darkness.

And let’s not forget about walleye that live in skinny, featureless, weedy lakes year-round. Some of these waters, such as Ontario’s Kawartha Lakes, are among the most productive in the country. But stillwaters aren’t the only places you’ll find shallow ‘eyes. Some rivers have more curves than Marilyn Monroe, and the long, sloping shallow bends are walleye magnets.

The key to catching fish in these locations is to use a lighter-than-normal jig, and to pitch it rather than cast or troll it (below). Use a six- to 6 1/2-foot rod and a spinning reel loaded with six- or eight-pound-test mono. Attach a 1/16- to 1/8-ounce jig to the end of the line. To pitch the jig, pinch it between your thumb and index finger and gently pull back as you point the rod tip toward your target, such as shoreline rocks, fallen tree limbs or weed clumps. Then carefully release the jig and pitch it underhand. You’ll know you’re pitching perfectly when your jig sails just above the surface and lands quietly, which is important when the water is clear and the walleye are spooky.

Now, don’t rush to close the bail on your reel. You want your jig to fall vertically alongside the target and not swing back toward the boat. As you tighten up on the line after your jig touches bottom, always assume that a walleye has eaten it on the fall. Feel for weight, and if you sense any resistance, set the hook immediately. If you don’t have a fish, continue lifting your rod tip until the jig is floating up off the bottom and gliding back toward the boat (below).

When the walleye are fussy, slowly drop your rod tip and let the jig fall back to the bottom and rest for a second or two. To catch these picky fish, I like to tip my jig with live bait, usually a minnow when the water is cold (less than 10ºC), a leech when it’s tepid (11 to 20ºC) and half a crawler when it’s hot (warmer than 20ºC). But that rule is meant to be broken-bring all three baits and let the fish decide what they want to eat.

When the shallow ‘eyes are active, on the other hand, I prefer to pitch a soft-plastic dressing, such as a three-inch Berkley Power Minnow or Gulp Minnow, a four-inch Exude, Power or Old Bayside Grub or a three-inch Mister Twister Sassy Shad. I’ll swim this combo all the way back to the boat, dispensing with the pause. The key is to keep the lure undulating slowly, no more than a foot off the bottom.

A soft-plastic grub is normally attached to the jig so that the tail flap hangs down and won’t catch on the hook point. Instead, take the risk and rig it with the tail up. Now when you swim the jig back to the boat, it will quiver in an irresistible side-to-side manner.