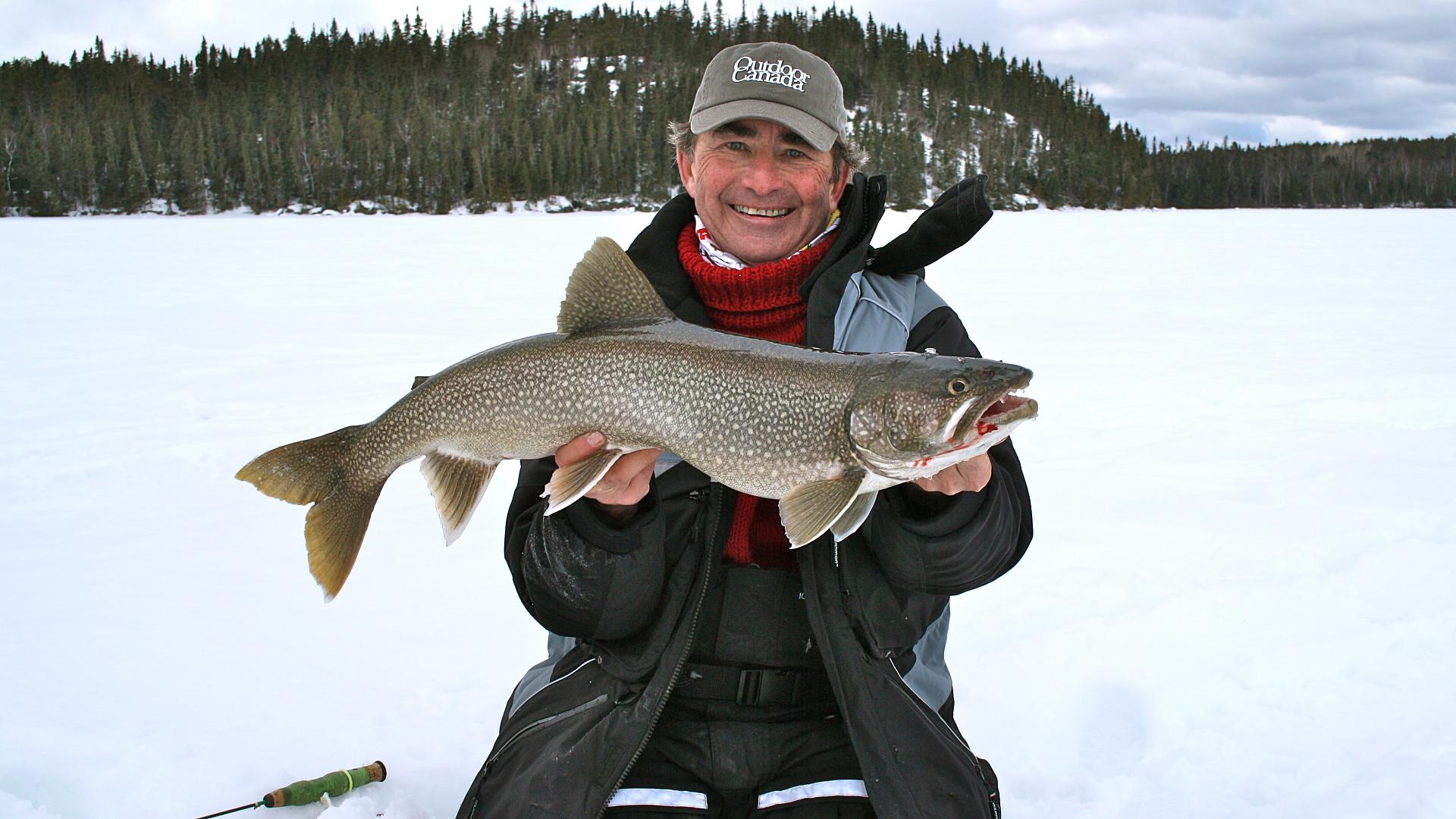 The next frontier of ice fishing is here

How the HydroWave Mini rings the dinner bell for hungry lunkers

Great article below brought to you by

I am convinced that sound and vibration are the next big frontiers in fishing. It is a subject that has intrigued me for many years now, and the more I delve into it, the more certain I am that we’re on the cusp of a revolutionary new understanding about the role these two factors play in our fishing success.

As a matter of fact, I can picture a not-too-distant future when anglers will concern themselves as much or more about sound and vibration as they do about the size, shape, profile and colour of their lures.

This is because the factors that attracts fish to our lures, and then trigger them to strike, are different than what anglers imagine. The popular perception is that a fish sees our lure swimming through the water and is attracted by its appearance. That’s why anglers spend so much time fretting over the colour of their lures, and attempting to “match the hatch” with lures that resemble the baitfish that big predator fish are eating.

This is a good strategy—at least as a starting point. But there is so much more that many anglers miss. Once attracted to our bait, a big walleye, bass, lake trout, salmon, muskie or pike will often follow and inspect it, sometimes for several minutes, waiting for clues that suggest that it’s alive and edible. But here’s the twist: significant study has shown that these fish are triggered to strike by the sound and vibration emitted by the lure, which is picked up by the sensory receptors in the fish.

This is precisely why lures like soft-plastic swimbaits are often swallowed so greedily by walleye and bass, and large double-bladed bucktails attract and trigger so many gargantuan muskies and enormous northern pike. The sounds and vibrations these lures emit are so accurate, natural and real that following fish are obliged to strike.

Now, I know what you’re thinking.

Imagine if we could produce a natural, life-like sound system that would pull fish towards our boats and our ice fishing holes, and then trigger them to bite. Well, stop imagining—it’s here.

It’s called the HydroWave Mini (above), a small electronic device that emits both the sounds as a school of bait fish, and the reverberation of predatory fish feeding on them. It’s designed to attract inactive fish and then stimulate them into feeding

The original HydroWave was intended for use on boats, but the Mini is a much smaller and less expensive portable version. It consists of a small receiver that you place on the ice and a speaker, attached to an eight-foot cord, that you drop down a hole. You simply turn on the unit via the receiver and control the volume of two preloaded sounds (Passive Shad and Shad Frenzy). The system, by the way, is powered by a simple nine-volt battery (I use a rechargeable) that lasts up to eight hours.

Now, this is the honest truth.

A few years ago, before the HydroWave Mini became available, I removed the HydroWave that I have mounted on my boat and used it for the entire ice fishing season. One of the patterns I found shocking was that when I was ice fishing for lake trout, I’d turn on the unit for 10 or 15 minutes and then pause it for a short spell, and invariably a lake trout would show up on my sonar screen and chase after my silver and gold Williams Ice spoon.

I am convinced the sound from the Hydro Wave attracted the trout to my hole and then, when I put the unit on pause, the trout suddenly wondered where the school of bait fish had gone. Spotting my gold and silver spoon dancing up and down, however, it was almost like I could hear them shout: “Aha, there it is!”

Folks, it is called the HydroWave Mini and it is destined to be an ice fishing game-changer this winter.

This exclusive ice fishing article was brought to you by our friends at Cabela’s. Visit Canada’s foremost destination for Ice Fishing gear at Cabela’s retail locations or online at cabelas.ca. Our expert outfitters will equip you with everything you need to ensure a safe and successful catch.