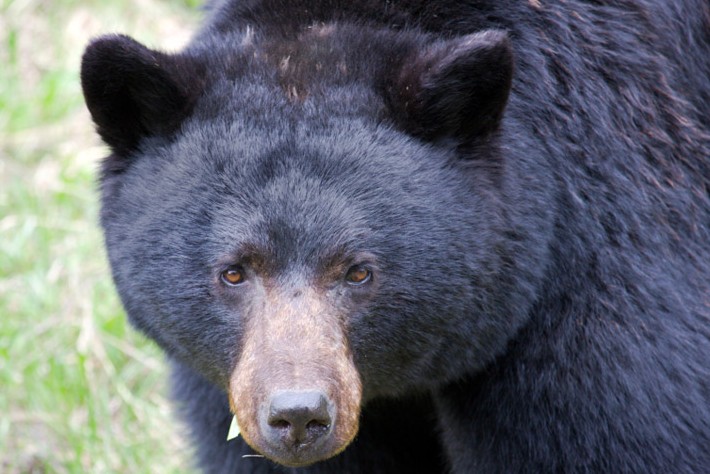 Hunters who tell you their pulse doesn’t quicken when stalking black bears are fools—or liars—especially when the bears in question are the huge bruins that call northern Vancouver Island home. I’ve hunted these bears twice, and both times I’ve found myself having to go into the thick stuff to sort it all out, including once on my hands and shaking knees.

The long growing seasons and diversity of rich food sources on the temperate island provide all the requisite conditions for growing big bears, much bigger on average than most other places in Canada. Since baiting is not permitted, you have little choice but to pursue these bears on foot along the coastlines and through the logging slashes they inhabit during spring while searching for young, leafy vegetation. Populations are such that, in good habitat, you generally have little trouble finding the bears, but getting close means stalking through the chicane of deadfall and other natural obstacles that can often betray your presence. These bears all appear big to the untrained eye; to help identify the mature boars, look for deep bellies and relatively wide spaces between their ears.

This is a traditional spot-and-stalk game. Most hunters glass clearcuts, logging-road edges and shorelines by truck or boat. Once a bear is spotted, the trick is to get into a downwind position and stealthily move to within shooting range.

Good binoculars are a must, as you’ll be using them often and you don’t want to risk eyestrain. As for firepower, recommended calibres begin at the .270, with a .338 not at all out of place. Use well-constructed bullets designed for deep penetration and controlled expansion. You want to avoid having to track down a wounded bear at all costs in these dense forests.