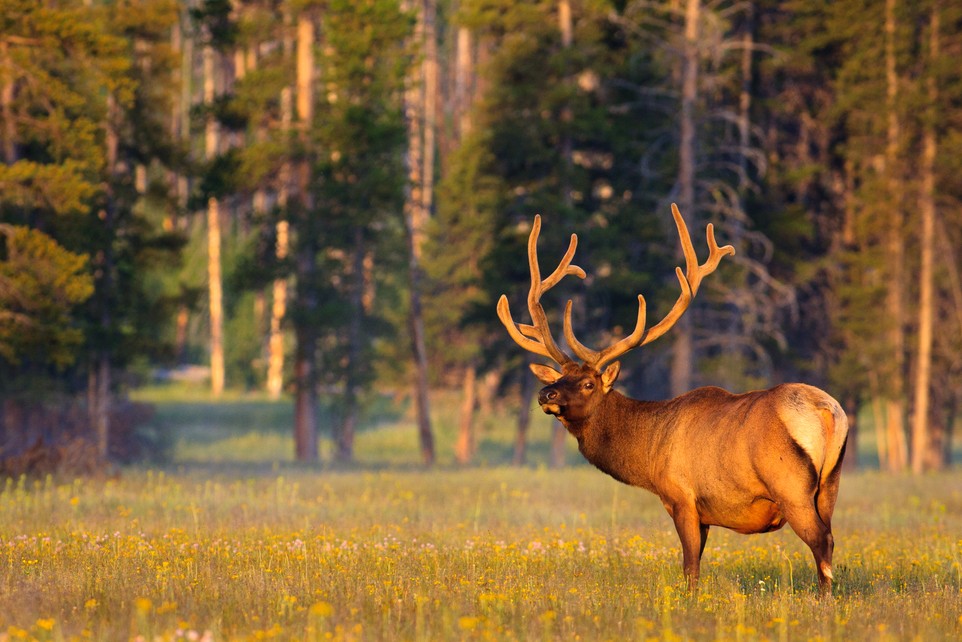 For many hunters, the dream of one day tagging a trophy bull elk dies when they do—the taking of any mature elk is a noteworthy achievement, after all. These animals have plenty in their favour weighing the balance of power with hunters: they tend to exhibit more seasonal migration than most of our big game; they’re gregarious by nature, making for many eyes, ears and noses working together in unison; and they love their collective solitude, which leads them to hide the day away in dense, remote cover. Want to fool a book-qualifying animal? Well, let’s just say you’ve got your work cut out for you.

But if you’re bound and determined to take a trophy elk, your best bet by far is to head to the Eastern Slopes of Alberta’s Rocky Mountains. In the last 20 years, only 17 typical elk from Canada have earned recognition in B&C’s record books, and 15 of those came from Alberta. The Wild Rose province also makes a dent in the top 20 elk of all time, holding down the eighth and 12th spots. That’s very impressive when you consider the competition from the popular elk states south of the border. As to where exactly to set your sights, the records tell us that huge elk have been taken just about everywhere they’re found along Alberta’s Eastern Slopes—making a trophy hunt all the more challenging. And rewarding.

When to go: The peak of the elk rut across much of Alberta falls around the middle two weeks of September, making it the best time for calling. Alternatively, if you hunt as late in the season as regulations allow, you should find elk congregating and moving to their winter ranges in lower elevations.

Tactics: Few hunting experiences are as thrilling as calling an elk in to close quarters. Typically, you locate a bull by challenging him with a bugle, then lure him in tight with cow calls. Late in the season, it’s all about the ambush. Figure out where elk are bedding and feeding, then intercept them somewhere in between.

Gear: Elk are arguably our toughest big-game animals, and in many habitats shooting distances can be relatively long. Seasoned elk hunters will tell you that the best calibres start with the .300 magnums and extend up to the .338s. Whether you’re hunting early or late in the season, be prepared for weather extremes in the varying elevations of Eastern Slopes elk habitat.

Next best bets: B.C.’s East Kootenays give up some pretty good elk every season, as do western Manitoba’s Duck Mountains.