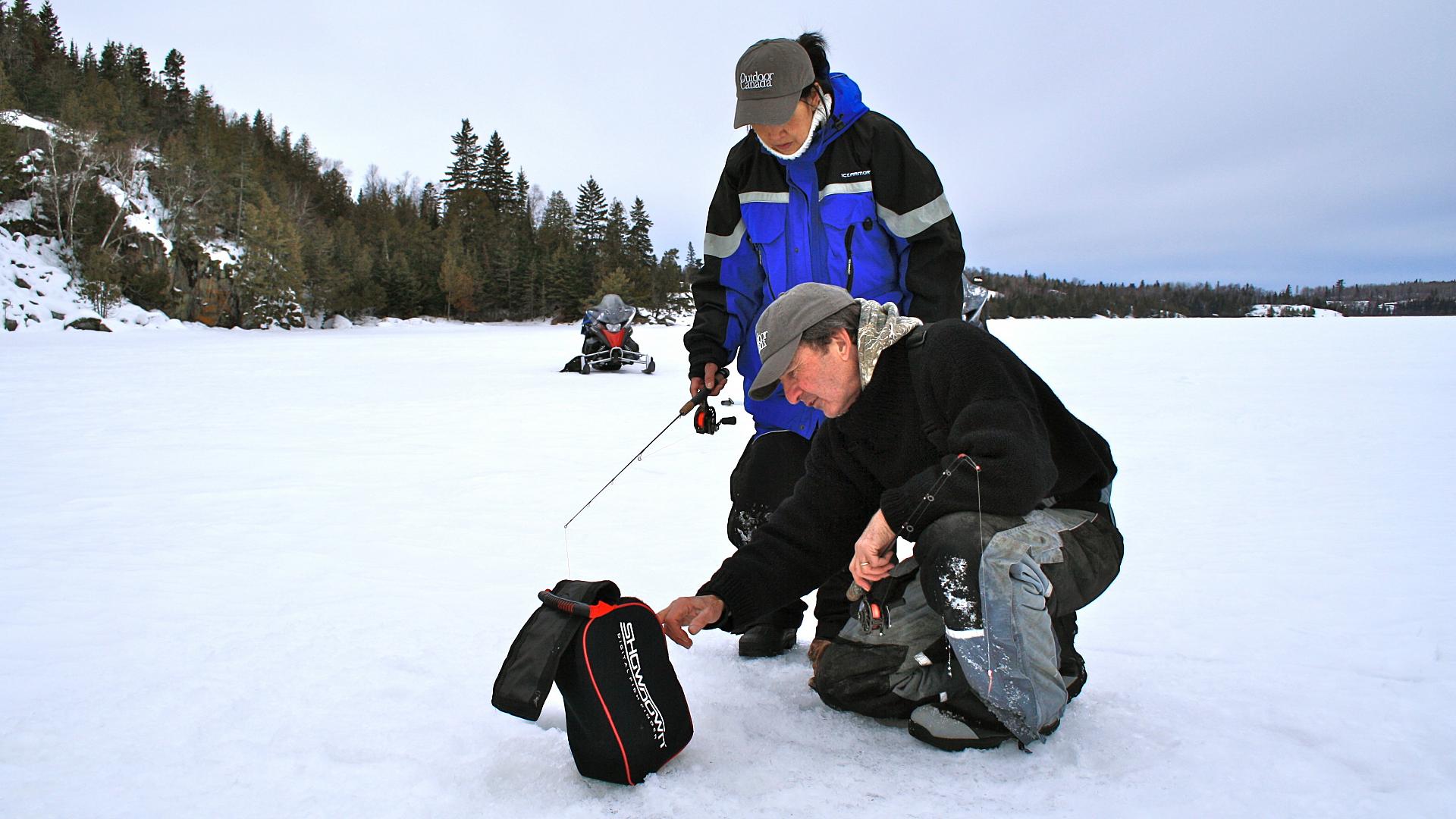 Graphs vs. flashers—what’s best for your style of ice fishing?

Be sure you’re using the right unit for the job

After the bare necessities of rod, reel, line and tackle, a sonar unit is your single-most important piece of ice-fishing equipment. I’ve been almost two hours down the road, on an early morning crappie adventure, when I’ve turned around and driven all the way back home to get the Humminbird Ice 55 unit that I left orphaned on the back porch steps. That’s the value I place on a good unit. But “good” can mean different things to different people, leading to a preference for one type of sonar unit over another—namely, flashers versus LCD graphs.

An ice-fishing flasher, which provides real-time feedback, is the traditional choice for hardwater fishing. However, some ice anglers have difficulty interpreting what they see on a flasher’s multicoloured circular screen, preferring the more intuitive view of an LCD graphing unit. But when teasing a fish into biting, these anglers are at a disadvantage.

“Conventional LCD graphs only display your sonar history, so there’s a slight delay in the transfer of information,” says Darrin Bohonis, a sonar specialist with Johnson Outdoors Canada. “Add in the inherent performance issues of older models, especially in extremely cold weather, and the delay becomes even more noticeable. Older liquid-crystal displays can even freeze up.”

That’s not the case, however, with many of today’s newer LCD units, which also have a real-time sonar, or RTS, window. Displaying an instantaneous readout, the RTS view is essentially a vertical—rather than circular—flasher mode, showing what’s happening directly below the transducer beam in real time (see image below). Bohonis says you can even set the RTS view next to the traditional scrolling graph view, which will continue to show how a fish may have reacted to your bait if you had happened to look away for a moment.

Some manufacturers offer kits and accessories to convert an open-water sonar/GPS chartplotter for ice-fishing purposes. While many anglers question the wisdom of removing these expensive units from their boats and subjecting them to harsh winter conditions, Bohonis says there’s no need to worry. These brilliantly coloured LCD units, with their TFT (thin-film-transistor) screens, can be used in temperatures well below what most ice anglers can bear, he says. “This lets you get four seasons of fishing out of a unit that you’re already familiar with.”

Using a sonar/GPS chartplotter on the ice also lets you navigate as you would in open water, and mark waypoints on all your hot spots. It’s also a great safety feature if you’re caught in a whiteout. “Sometimes, getting back isn’t a simple matter of heading in a straight line, since you often have to navigate over ice ridges and varied ice conditions,” Bohonis says. “Many times on Lake Winnipeg, when the visibility has been next to zero, we’ve navigated safely off the ice using a sonar/GPS chartplotter.”

Whether you’re using a flasher or an LCD, you should fine-tune your unit to maximize its performance (to learn how, see link at bottom of page). In particular, I rely on the zoom feature on my flasher when I’m going after fish such as walleye, yellow perch, black crappies and whitefish that are tightly hugging the bottom.

Bohonis, on the other hand, favours a split view on his sonar screen to display different frequencies, such as a wide beam next to a narrow one. For example, he uses this when tracking lake trout cruising off to the side of his ice-fishing hole. When a trout begins to appear in the narrow-beam window, he knows it’s closing in for the kill.

“The most common mistake I see ice anglers make is not taking the time to set up their unit properly,” says Bohonis. “Often, they think a higher sensitivity and wider beam is better. But because you’re fishing directly below the transducer, greater sensitivity isn’t always the answer.”

According to Bohonis, the ideal process is to lower your lure to the target depth, and decrease the sensitivity until your lure disappears from the screen. Then, increase it slowly, until you can just begin to clearly track it. This establishes a baseline against which you can identify fish, and their relative size, based on their signal strength. And that’s the first step to icing the big ones.