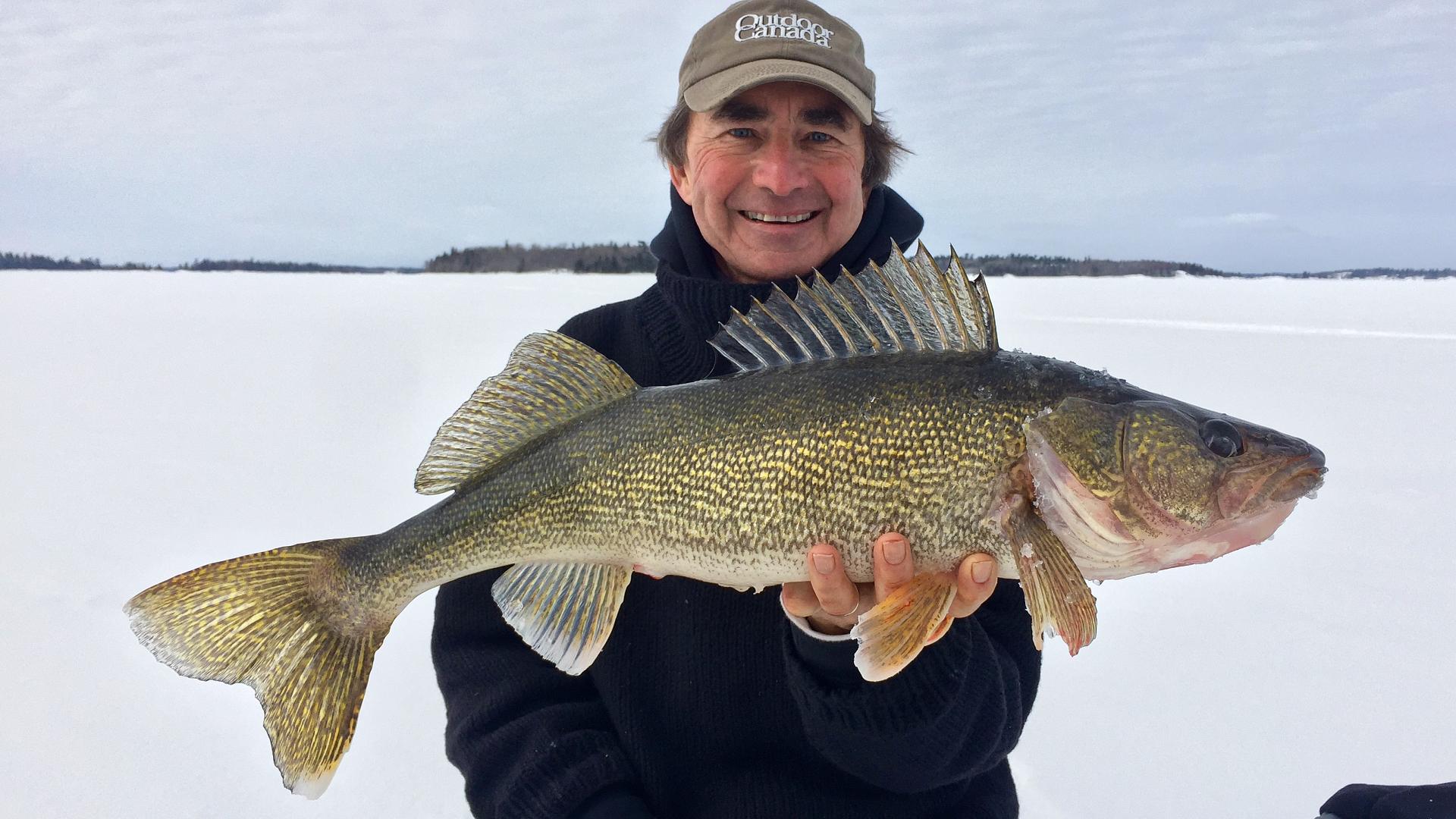 How to catch more wintertime walleye by “pounding” your baits

Meant for icing burbot, this tactic is killer on winter walleye

So many of my go-to presentations these days are crossover techniques—tactics that were originally developed for one species of fish, but ended up also catching just as many, or even more, of another. Probably the best example of this is a pattern I developed a few years back with my buddies Jeff and Jason Matity, when they joined me for a late-winter adventure on northwestern Ontario’s Lake of the Woods.

Burbot DNA seems to flow through the veins of these Saskatchewan-based brothers, and they’ve played a huge role in getting anglers to better appreciate this often overlooked sportfish. They’ve also developed various methods to catch them, such as the plan of attack we formulated on Lake of the Woods. Basically, it involved pounding the lake bottom with heavy jigs tipped with chunks of ciscoe meat. And oh, did we catch fish. The only problem was, they were all walleye. Honestly, we didn’t catch a single burbot. I even remember muttering several times, “Oh, no, not another bloody walleye.”

In the end, I put more and bigger walleye on the ice while pounding the bottom for burbot than I did during any other time of the season. Was it blind luck? I had to find out, so I hopped on my snowmobile, scooted down lake, drilled several holes and likewise pounded the bottom of one of my favourite winter-walleye locations. So much for blind luck—the technique continued to catch walleye after walleye, and it’s now one of my go-to winter patterns.

For this tactic, use the same medium-heavy-action ice rod and reel you typically use for lake trout, pike and big walleye. Spool it up with a good-quality 14- to 20-pound-test braided line, then tie on a two-foot leader of 14- to 20-pound-test fluorocarbon. When the Matitys are targeting burbot, they use a barrel swivel to connect the leader to the main line. This helps land the fish when they twist their tails and curl up. Walleye are more accommodating when you pull them up a hole, however, so I connect the leader and main line with simple back-to-back uni-knots.

My lure of choice is a ¾-ounce red, chartreuse or orange ReelBait Flasher Jig (above). Now, you’re likely thinking that’s too heavy for winter walleye, but you need the weight for the bait to crash into the bottom. Just as important for this technique is the dressing for the jig, and nothing works better than a butterfly fillet from a ciscoe.

To prepare a day’s worth of bait, lay a foot-long ciscoe on its side, lop off the head and run your knife through the fish along the lateral line to slice it in half lengthwise. Now cut the resulting U-shaped belly portion into quarter-inch-wide steaks to use as your bait. Run the hook point through the centre of one of the steaks and watch what happens when you jig it in your hole—the thick ends will flap up and down like butterfly wings. The action is astonishing.

Once you’re set up, open the bail if you’re using a spinning reel or hit the free-spool button if you’re using a baitcaster to let the jig fall and crash into the bottom. Next, tighten up on the line and pop the jig off the bottom so it flies up at least a foot or two. When the Matity brothers are pounding the bottom for burbot, they typically rip their jigs up as high as they can reach, but I haven’t found it necessary to be that aggressive for winter walleye.

After ripping up the jig, it’s essential to quickly drop the rod tip to throw slack into the line, once again letting it pound into the bottom. Then, lift up the jig a foot or so, and shake it subtly so the ciscoe wings flap ever so enticingly. The combination of the jig exploding into the mud and sand and striking rocks and boulders is the attraction. And if the sight and sound of the impact isn’t incentive enough to draw in any nearby walleye, the scent of the ciscoe steak should do the trick.

It’s all more than a walleye can stand, as you’ll soon find out when it takes the bait.