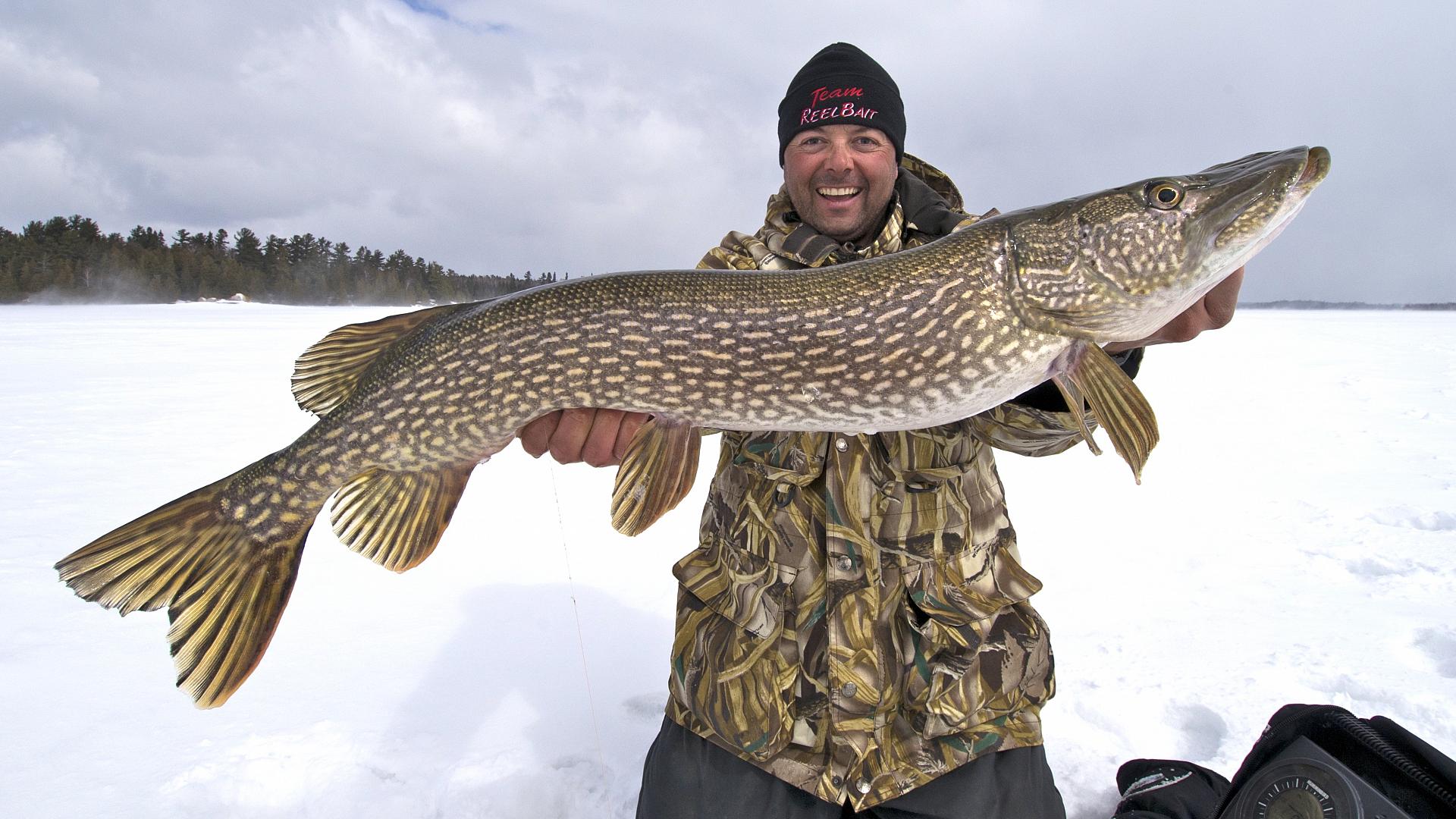 Why you’ve got to try jolting jigs for northern pike

There’s little I enjoy more than catching huge northern pike in the 25- to 30-pound-plus class, shark-like giants big enough to gnaw on your leg. I’ve caught most of my big gators at last ice on large dead baits suspended on quick-strike rigs under tip-ups. But during the first half of the season, I like to get a head start on the monster madness by snapping heavy, horizontal swimming baits such as the biggest Rapala Jigging Rap, Jigging Shad Rap or Snap Rap in moderately deep to deep water.

The best places to fish are the same structures—underwater humps, shoals and extended points—that you’d typically jig for walleye and yellow perch. Why? Come early to mid-December, I suspect the northerns are feeding on the same schools of shiners, smelts and ciscoes.

The best structures are typically main-lake oriented, with rock and boulder bottoms; aquatic vegetation plays no role in the pattern. You’ll often find the pike as shallow as 10 or 12 feet in the morning and late afternoon, and when it’s overcast or snowing. On the other hand, you’ll catch them as deep as 20 to 25 feet when the sky is as blue as a robin’s egg and the sun is shining brightly.

For some reason, heavy horizontal baits that glide out to the sides produce better, more consistent action than lures that flutter and flash vertically. To improve the lure’s swing and glide, twist off the belly hook hanger with a pair of pliers and remove the tiny treble. This minor surgery also eliminates tangles and reduces snags if you get too close to the bottom.

A Rapala Jigging Rap with the belly hook removed is a prime early to mid-season pike presentation, especially when snapped over underwater humps, shoals and extended points.