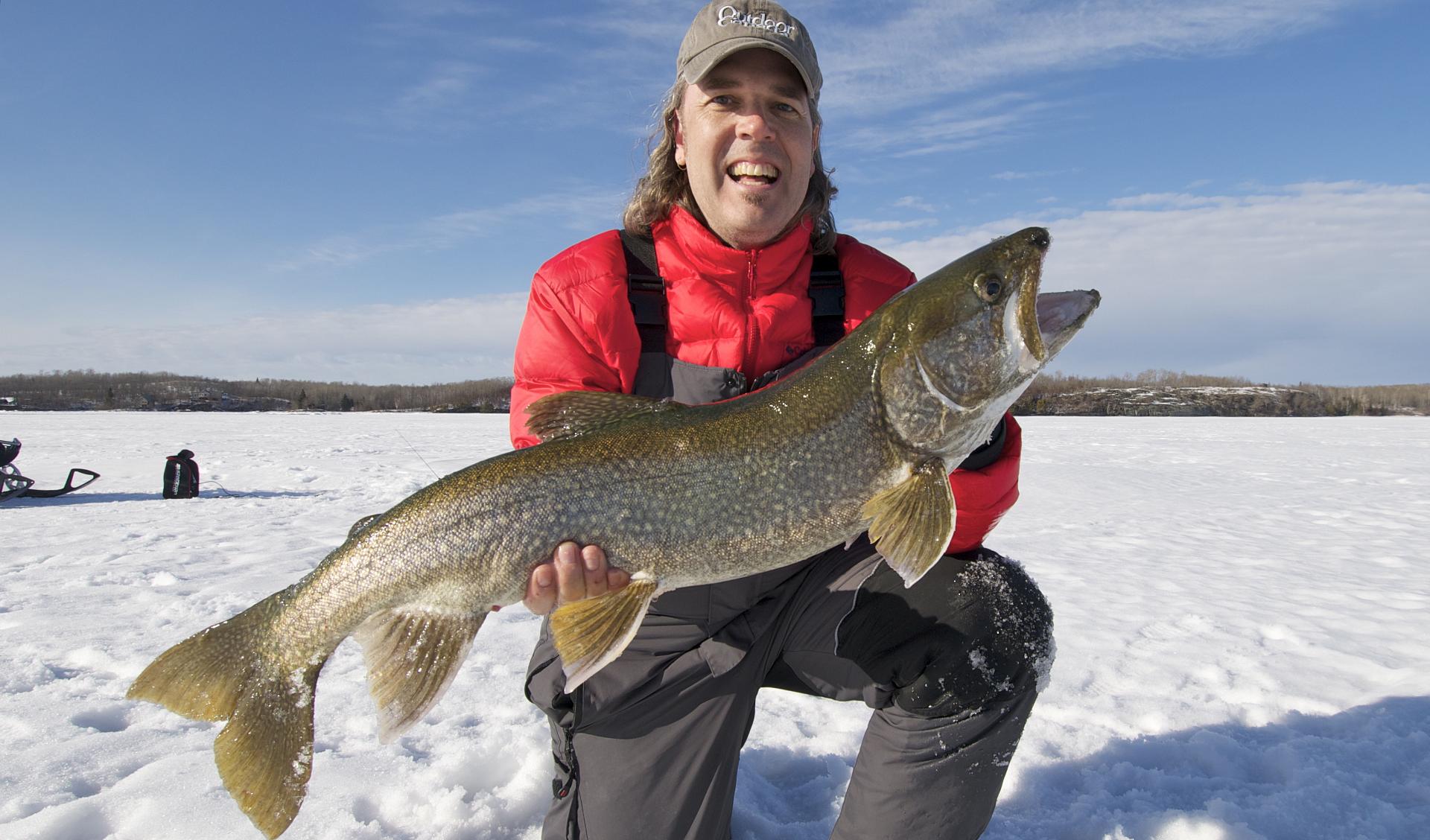 How to torment lake trout and whitefish into biting

Playing hard to get: lake trout and whitefish

Trigger these aggressive predators by making them work for your bait

Winter lake trout love to chase bait. Much like a pack of wolves following a herd of caribou across the tundra, they’ll pursue open-water prey species such as ciscoes and smelts. And just as wolves pick an individual animal and separate it from the herd, lakers will try to isolate a single silvery baitfish from the school. Watching this unfold on your sonar screen is the stuff of dreams, unless you suddenly stop jigging your lure and keep it still for the trout. Do that, and nine times out of 10 the fish will disappear.

That’s why I purposely start reeling my lure away instead when I see a fish on the sonar screen chasing the likes of my white tube jig, silver-sided Rapala Clackin’ Rap (below), silver/gold Williams Wabler or ciscoe-coloured Bass Magnet Shift’R Shad. And all the while, I watch my sonar screen, trying to gauge the mood of the trout. If it’s aggressive and appears to badly want to kill the bait, I reel quickly and impart erratic darts, dashes and twitches, doing almost everything I can to make the lure more difficult to catch—just like a smelt or ciscoe fleeing for its life. 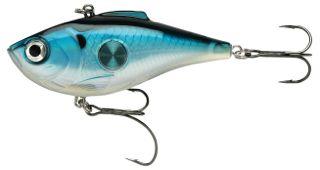 However, if the laker appears less intent on a kill—as though it’s chasing the lure more out of a sense of duty than hunger—I reel much more slowly, and avoid the erratic movements. In either case, I never make it easy for the laker to bite my bait, at least until the final critical moment when it closes in for the kill. That’s when I slightly slow down my retrieve and watch on the sonar as the lake trout hits the gas, overtakes the lure and crushes it. The fish are just that predictable.

For this strategy, it’s essential to use a good sonar unit with the widest beam possible. This is ice fishing’s equivalent of the military’s Distant Early Warning Line, letting you spot an incoming target trout. This is not the time to zoom in tightly on your lure. Sure, when you’re zoomed in, it’s fun to watch a big trout blast onto the screen and chase your lure. But once you reel the lure away from the fish, the action will quickly move off the screen. When that happens, you can only guess where your lure is in the water column, and how the lake trout is reacting to it. Instead, keep your sonar zoomed out to the maximum, allowing you to monitor the entire water column.

These same tactics for high-flying lake trout also apply when you’re ice fishing for whitefish feeding on suspended baitfish (above). Whitefish will cruise shark-like through the middle of the water column with their pectoral fins spread out to the sides, chasing wildly after your bait as though playing a game of winter tag. Many times, I’ve seen whitefish chase my bait up 40 to 50 feet, only to hit at the very last second within inches of the ice hole. Had I been fishing inside a dark shelter and looking down the hole, in fact, I’m certain I could have watched the whitefish open its mouth and devour my lure.