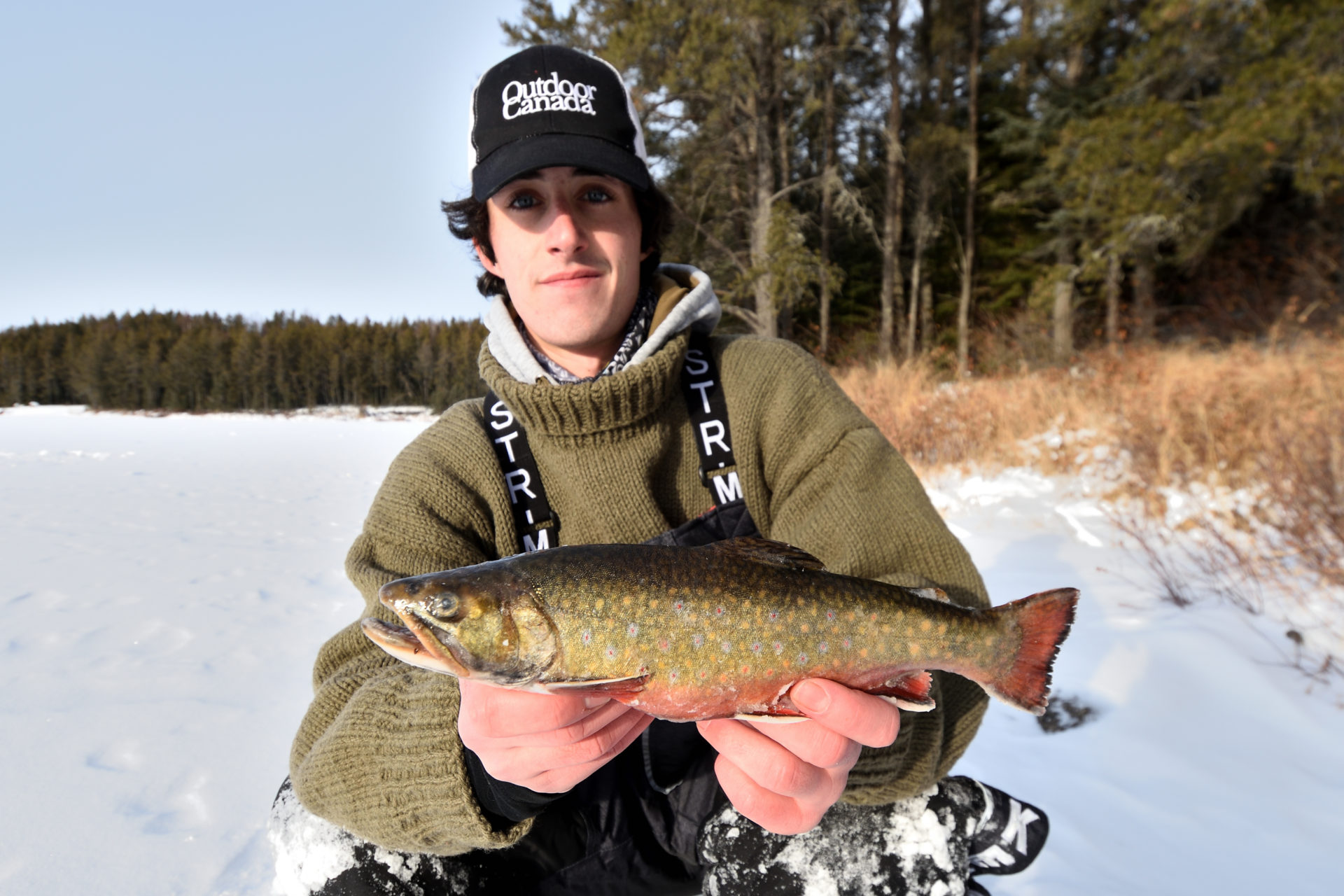 Ice-trolling is the ultimate way to target winter trout. Here’s how to do it

It's the best winter fishing tactic you've never heard of. Here's what you need to know

In last week’s On The Water online, we discussed some of the key early season tactics I like to employ when I’m ice fishing the many stocked trout lakes (brook, rainbow and splake) found across the country.  You can read PART 1 HERE.  Today, however, let’s talk about my favourite tactic to actually catch the fish: trolling for trout on the ice.

I aways get a quizzical look when I tell friends that I caught the fish “trolling” but it’s true—well, sorta’ true. When ice trolling, you start by drilling far more holes than you think you’ll need: at least four or five per person, and often more. Yesterday, for example, I was fishing with my grandson, Liam, and he quickly augured at least 14 to 16 holes, several feet apart, through the six- to eight-inch ice as soon as we arrived. I followed behind him, checking the depths on the Ice HELIX 7 CHIRP  and clearing away the slush. 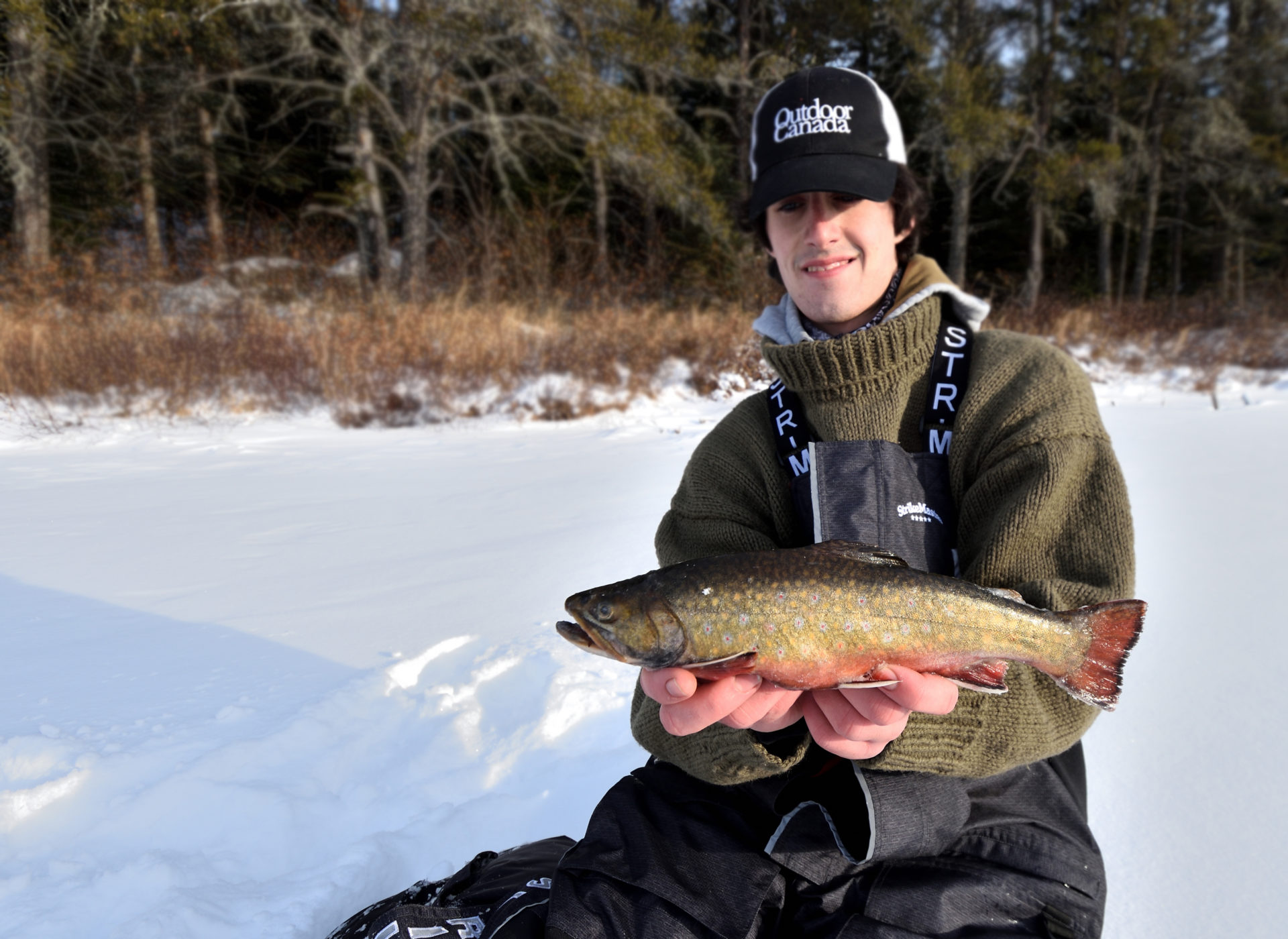 When the holes were ready, we tied a small 1 1/2-inch silver and gold Williams Wabler spoon or 1/8-ounce Acme Kastmaster on one of our rods and a W5 Rapala Jigging Rap or 2” HyperGlide Minnow on a second one.  Then, starting at one end of the string of holes we jigged one of the lures up and down for a short period of time—maybe five to 10 minutes—being careful to let it pause for ten seconds or so between each cadence of strokes. If we didn’t catch or see a trout on the screen, we’d reel up the lure and do the same thing with the second rod.  And if we failed to catch or see a trout after that manoeuvre, we reeled up and moved over to the next hole, and so on, repeating the process all the way down the shoreline. Then, we retraced our steps and worked our way back to where we had started. We did this all day long.

The reason I like ice fishing this way—and what has always intrigued me—is that you’ll catch a disproportionate number of trout with one of the two lure styles, and from just one or two holes. Yet you can never predict which ones they will be, either, and the hot hole locations will often change from day to day. I suspect what happens is that the fruitful holes are associated with the depth of water the fish are using, which is subsequently governed by things like light penetration and the presence of baitfish. 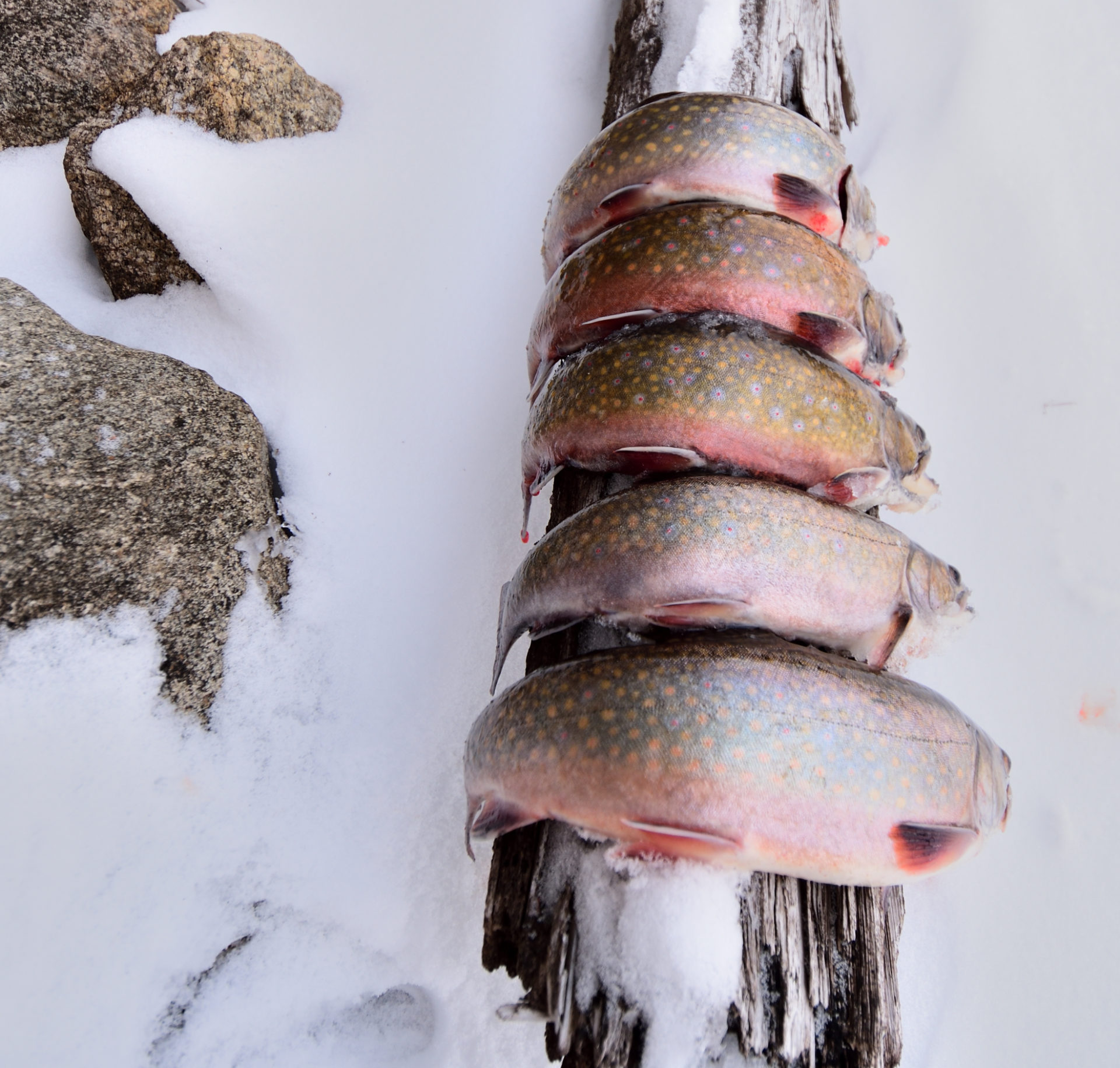 On a trip a week ago, for example, I noticed that at least one-third of the nine or ten trout that I caught came on the Williams spoon from one specific hole, and that at least half the times I visited it, I spotted minnows on the sonar screen. As a matter of fact, the first time I saw the tiny chubs and dace flickering across the screen I thought it was interference. So as I turned the dial on the sonar with my left hand to reduce the lines, I felt a trout smack the lure with my right hand. As soon as I plopped him on the ice he opened up his mouth and spit out six or seven of the still squirming baitfish. Did I mention I love trolling for trout in the winter?

Merry Christmas, everyone, and a happier New Year!