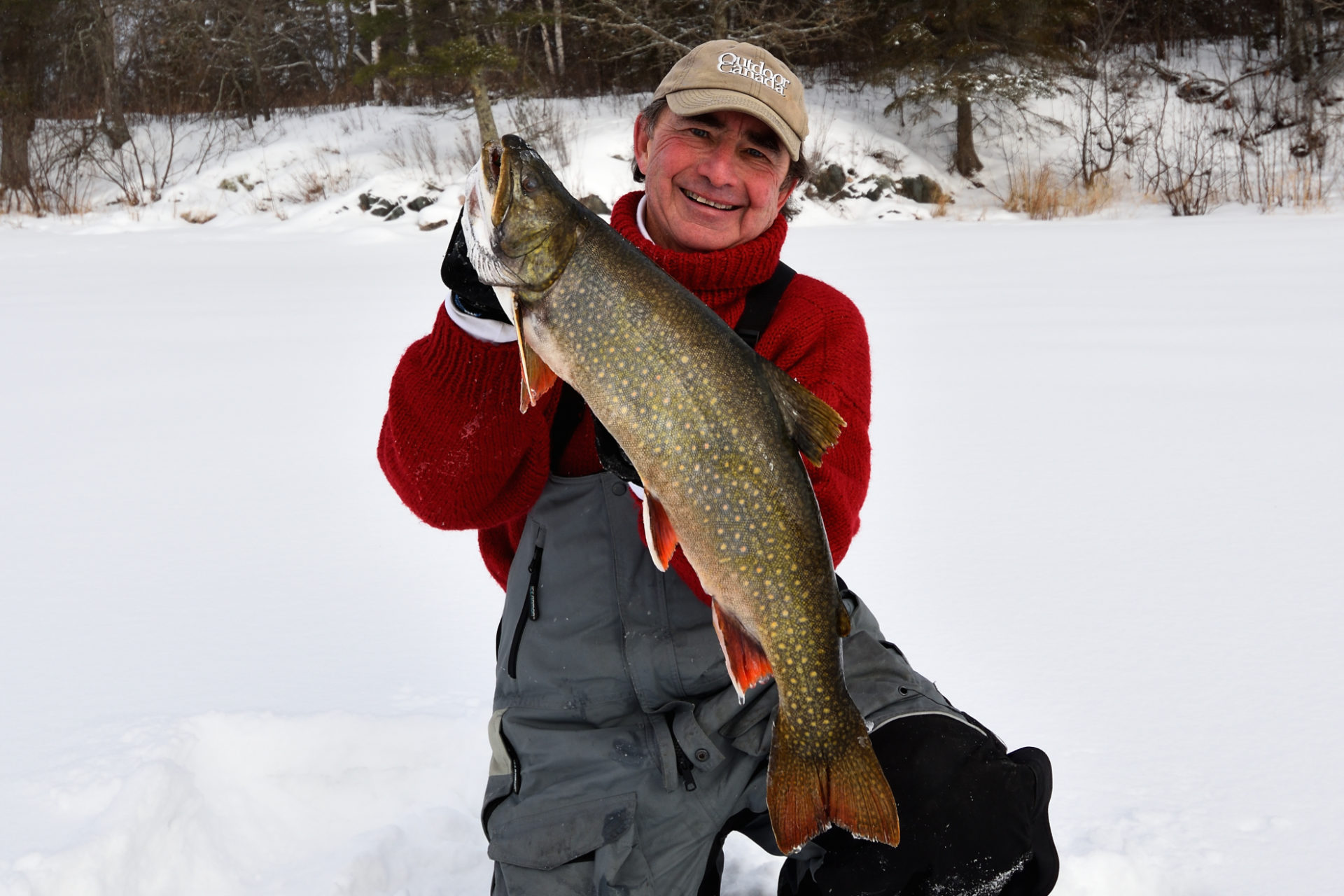 When ice fishing for trout, stealth is crucial. Here’s why

To fool trout under the ice, you need to be an ice-fishing ninja

I have a tradition every year where I open up the ice fishing season on one of my favourite stocked trout lakes.

As a general rule, these picture-postcard waters are small and relatively shallow—typically only a few hundred acres in size, and no more than 20 or 30 feet deep— so they are among the first lakes to freeze. Even with the much warmer weather that has persisted across the northern part of Ontario this fall, most of the small stocked trout lakes are finally safe to walk on.

The other reason I enjoy fishing these superb trout waters, though, is because the brookies, rainbows and splake are usually so willing to bite. Fact of the matter is, they haven’t seen an angler for weeks, maybe months, so they’re quick to pounce on anything that resembles dinner. Put another way, the trout are easy and fun to catch.

Still, trout are trout, which is to say that they’re always cautious, so my first rule of the early ice fishing season is to get the noisy job of drilling holes out of the way as soon as I arrive at a chosen spot. I would much rather spook the fish once, drilling eight, nine or ten holes as soon as I arrive, than continually put them on guard as the day unfolds. 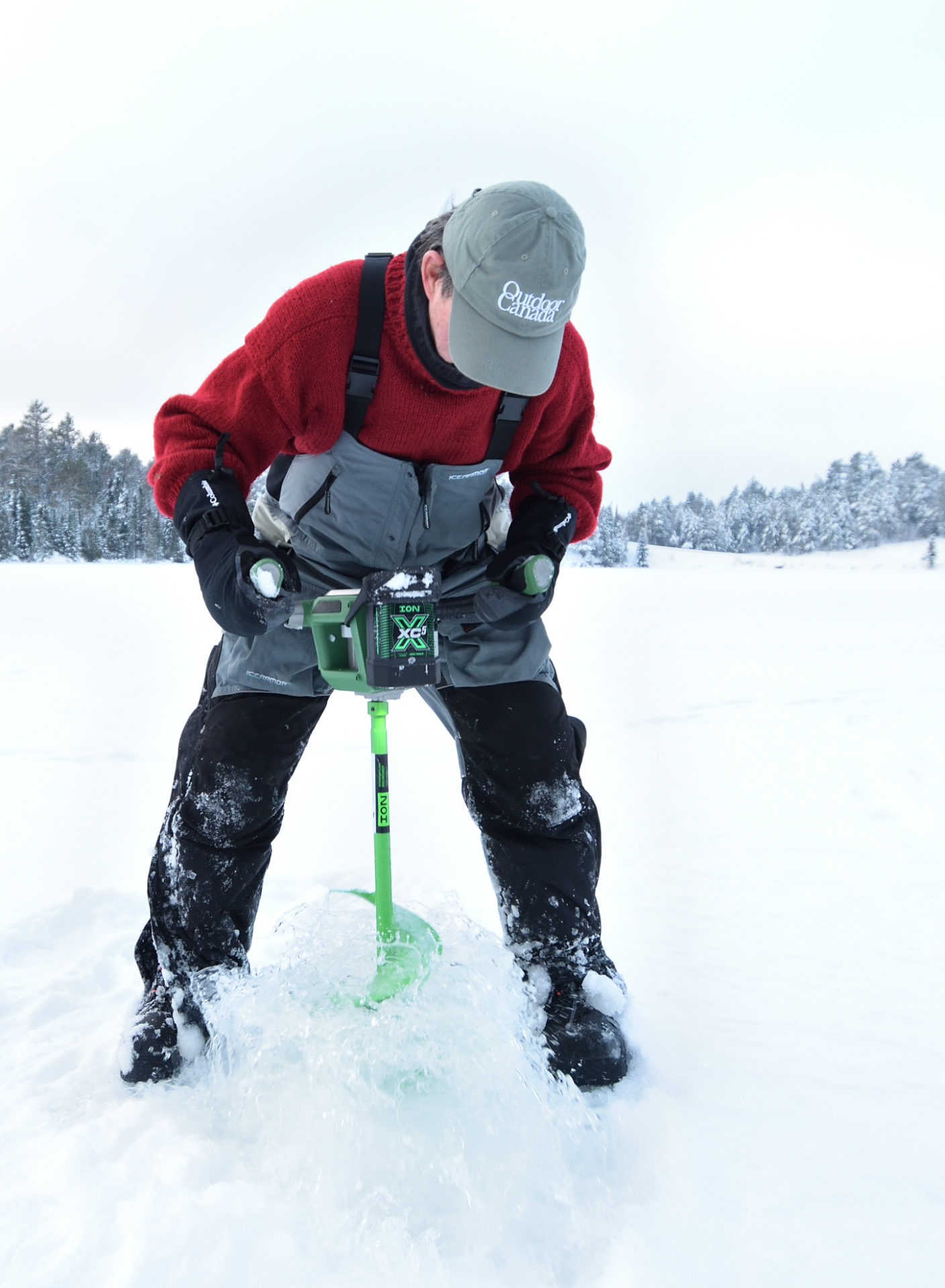 Indeed, I have watched other anglers auger only one or two holes and start fishing as soon as they arrive.  Then when a person catches a trout or two, another member of the party moves in and drills a hole right beside them, only to scare away the fish for everyone.

By pure coincidence, I was fishing on a favourite splake lake the other day, when two other anglers walked out onto the ice at the far end.  I honestly didn’t realize they had arrived until I heard them start up their ancient gas auger, which roared like a Harley Davidson. They were a kilometre away, yet I just about jumped out of my skin when they revved it up. I can only imagine how the fish reacted in the skinny water. They drilled four holes to start— two each, I suspect—and then just like clockwork, about every ten minutes afterwards, they drilled two more holes as they moved around. I was relieved when they finally left after about an hour of noise-making— totally fishless I am certain— and peace was restored to the wilderness. It is worth mentioning, too, that I iced nine trout that day, keeping two for dinner and releasing the rest.

Something else I always take into consideration is the angle of the sun. I’m careful to position myself beside a hole so that I don’t throw my shadow across it. You wouldn’t think this would matter, but trout spend so much time in relatively clear, shallow water that they’re acutely sensitive to overhead dangers, of the kind they associate with eagles, ospreys, otters and other fish-eating critters.

Gotta confess, too, that I normally like to stand and jig, but when I am ice fishing for early-season trout, with thin ice and little snow to hide my overhead presence, I will kneel beside a hole, sit in a small folding chair or flip over my EVO 1 ice shelter so that my silhouette is reduced and the fish aren’t spooked when I raise my arm.

I learned to do this a long time ago, after I lowered an underwater camera into a hole, and watched several big, hooked-jawed brook trout.  As I was spying on the fish, a friend walked over and the moment his shadow moved across the hole, the trout flared, frightened and scooted away. I’ve never forgotten the lesson. 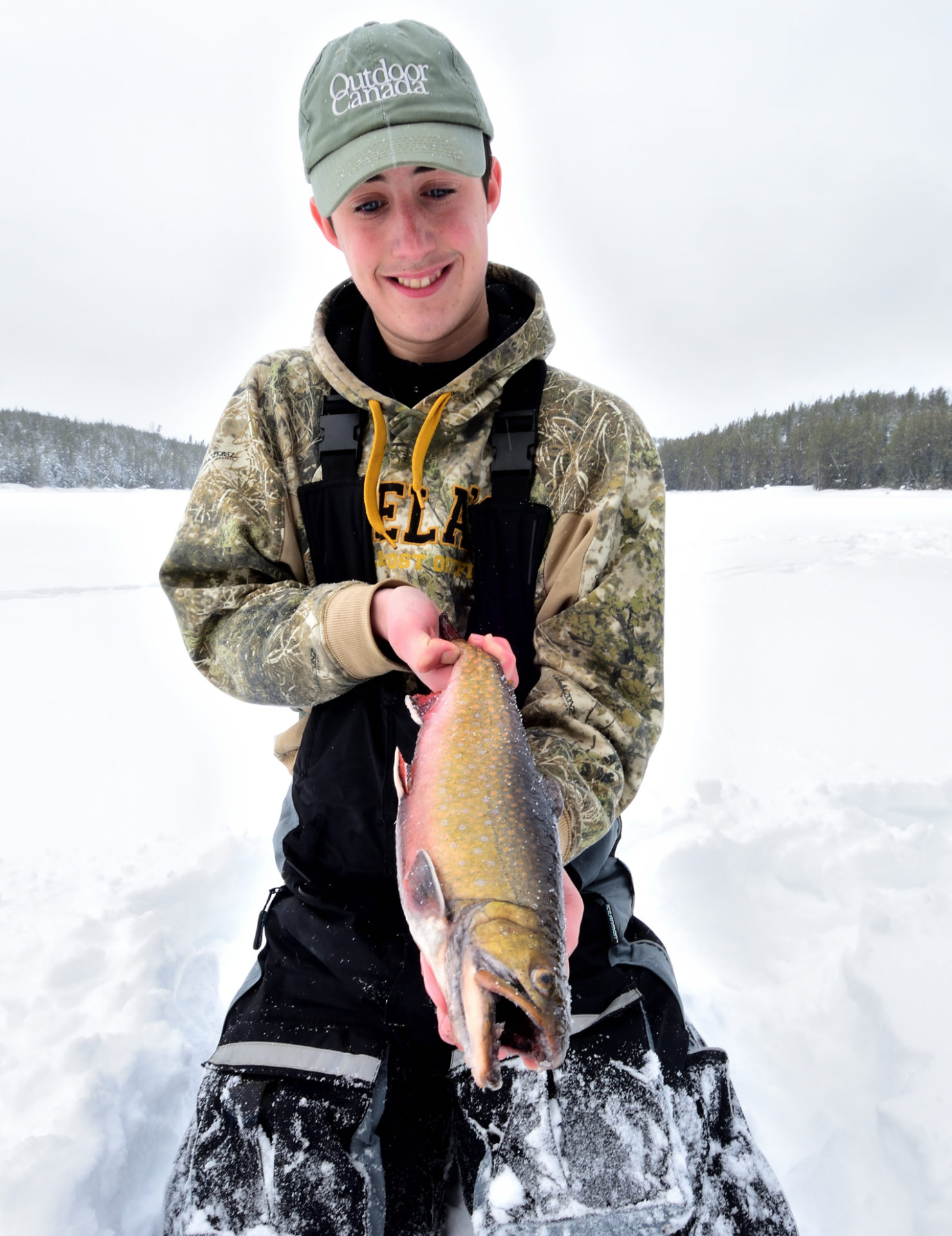 In next week’s Part 2 of The First-Ice Trout Tradition, I’ll tell you how you can successfully troll for trout all winter long.  Until then: drill, baby, drill!