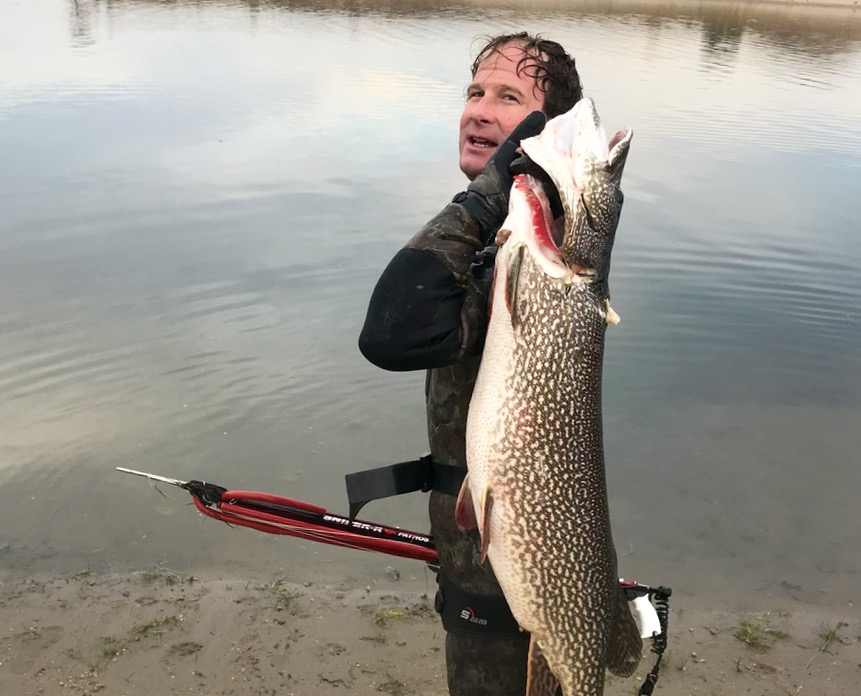 Interested in spearfishing? Check out these tips from a world record holder

In the swim of things

Pointed tips from a world champ on getting into spearfishing

While he didn’t take up spearfishing until he was 34, Saskatchewan native Brad Loehr didn’t waste any time in becoming proficient at the sport. In less than five years, he evolved from a novice to earning global accolades; now 38, Brad holds two world records for pike and one for burbot from the International Underwater Spearfishing Association. Who better, then, to ask how to get started in the sport?

(Note that not all jurisdictions permit spearfishing, so always check your local fishing regulations before giving it a try.)

Brad’s first exposure to the sport was watching his cousins spearfish in Saskatchewan’s Marean Lake in the 1980s. Decades later, in 2009, he went on a vacation to Cuba with his wife, Sheri, and tried snorkelling for the first time. It was a watershed moment for Brad, who nearly drowned twice when he was a child. With Sheri’s encouragement, they continued snorkelling on subsequent winter getaways down south. “I spent hours just observing the fish and tracking how the various species reacted to my movements,” he says.

After becoming more comfortable with deeper dives, Brad and a friend enrolled in a freediving course in Mexico with the International Association for the Development of Apnea. “It was one of the best courses I have taken, and the hardest physical and mental training I’ve ever had,” he says. “Diving to 66 feet and learning how to control your mind in static apnea triggered some of my drowning phobias. It was after that course that I truly conquered my fears about being in the water.”

Saskatchewan has few spearfishing experts to learn from, so Brad went online to find out what gear he needed (see web link below). For a beginner set-up, he says, you need a speargun that’s the appropriate size for the species you’re targeting, rigged with a shooting line. You also need a float with a dive flag, as well as a wetsuit, mask, snorkel, weighted belt, dive knife and fins.

You must relax and remain calm at all times, Brad says. This helps with your diving technique, while ensuring you don’t make too much movement and scare away the fish. Go slow and steady, he says, and always scan the entire water column for fish—they can be where you least expect them. And for safety, be sure to dive with a partner. Finally, always be ready to pull the trigger. Says Brad: “You may only have a split second to decide to shoot.”

Go to www.outdoorcanada.ca/spear for links to Brad Loehr’s recommended resources.

[easy-tweet tweet=”Saskatchewan’s Brad Loehr has only been #spearfishing for 5 years, but he already holds 3 world records. Here’s how he did it” user=”OutdoorCanada” hashtags=”Fishing, diving”]