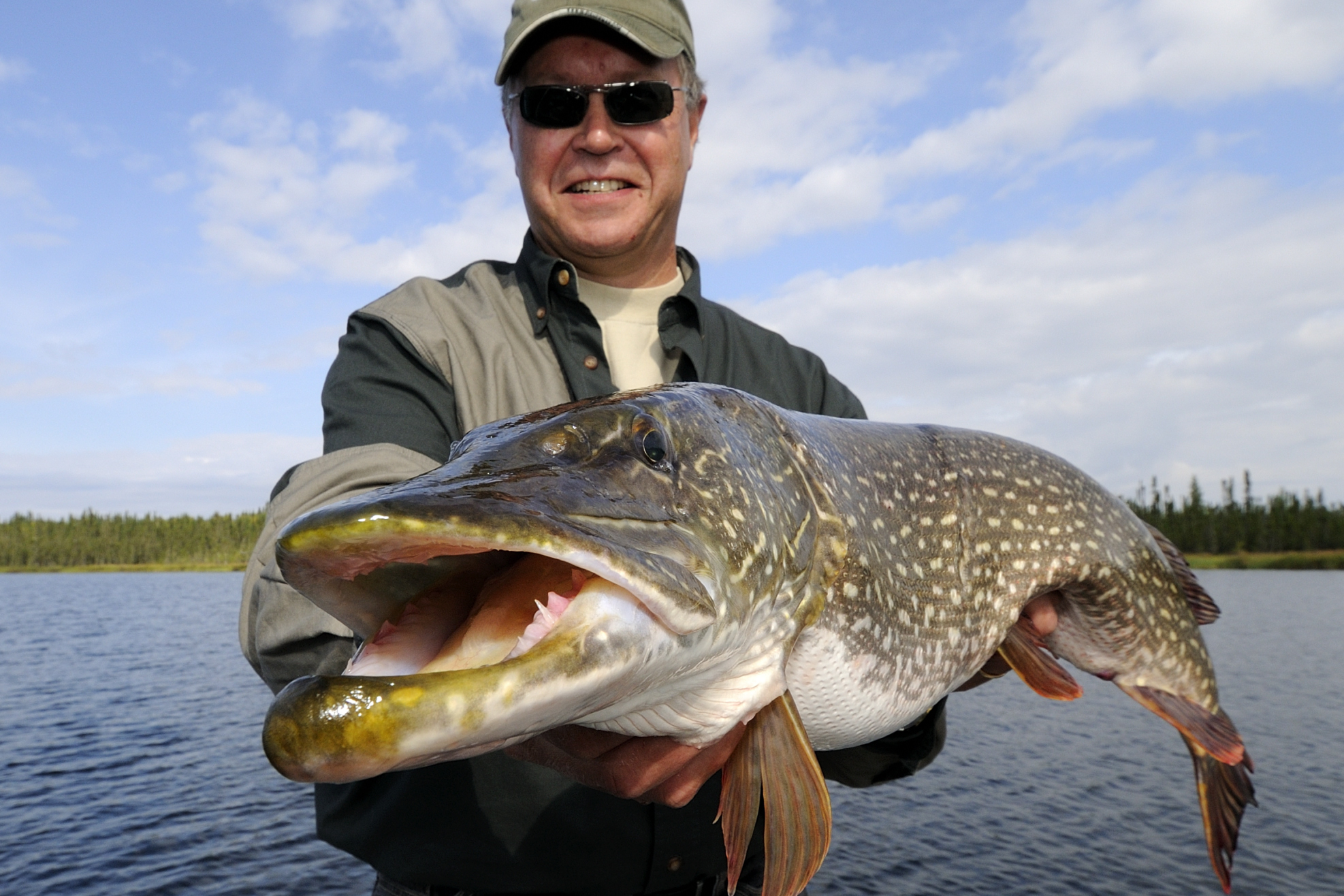 Is this the greatest pike lure of all time?

[easy-tweet tweet=”@GordPyzer says this simple, modified spoon is the best pike bait EVER… if you know the right way to use it. And he’s got the photos of 30-lb northerns to prove it!” user=”OutdoorCanada” hashtags=”northernpike, toothycritter, fishingislife”]

Fishing took a dramatic turn for the better in 1830 when Julio Buel was eating ice cream in a boat and dropped one of his mother’s spoons over the side.  As he watched it flutter down toward the bottom, a largemouth bass suddenly appeared from out of nowhere, opened its mouth and inhaled it. In the intervening 189 years, countless walleye, bass, trout, salmon, muskies and northern pike have crossed an incalculable number of gunnels—with a spoon wedged in their mouths.

I was thinking of Julio last week when I felt my grandson, Liam, shake the back of the boat with one of his wicked hook sets and then heard him grunt, “Got him!”  I looked in the direction he had just cast, and saw the head of a mean-spirited crocodile writhing on the surface, with an antelope locked between its jaws.  Only it wasn’t a croc, it was a huge northern pike, and it had fallen for a doctored Williams Whitefish spoon—perhaps the finest presentation for big toothy critters.

The defining moment for me and the lure,  goes back several years now, to when buddy Mark Stiffel and I fished together on massive 2,500 square mile Reindeer Lake, which straddles the northern Manitoba/Saskatchewan border. It was still only mid-morning when our guide, George Philip Clarke commented matter-of-factly …. “That is the 67th northern you’ve caught today.”

They were nice fish, too, the majority being in the 34- to 38-inch range, with enough 40- to 44-inch fish weighing in the high teens to low twenty-pound mark to keep us entertained. But the truth of the matter is, that Mark and I had set our sights very high, hoping to catch some huge, knee-knocking northerns. So it was time for a heart-to-heart chat with our skilled and good natured guide.

We explained to George that “numbers” were simply not in our game plan and that we fully understood, as a guide, that most of his guests cherished constant action. We also told him that if we didn’t catch another fish for the rest of the day, we’d be totally satisfied, so long as we spent it fishing in high-percentage, big-fish locations.  Specifically, we were looking for the last remaining cabbage weed edges that abutted the deep, cold, main-lake basin.

After a good hour spent searching, when we finally found what we were looking for, Mark drove the single siwash hook, dressed with a white, six-inch, curly tail grub that he had used to replace the factory treble on the back of the Williams C90 HN Whitefish spoon, into the mouth of a 46-inch leviathan on his very first cast. I kid you not—his very first cast.

Now, full disclosure, Mark is the VP of Breck’s Canada, which makes the Canadian classic Williams Spoons—a lure that almost every angler carries in his or her tackle box. So Mark was fishing with the product he makes. But I wasn’t, and he was handing me my rear end on a platter.

As a matter of fact, as he was quickly retrieving his silver and gold spoon, weaving it three feet under the surface and just above the weed tops on his second cast, I spotted a mammoth fish rise up in slow motion, flair its massive red gills, open its giant mouth and completely devour the lure. It measured 48.5 inches in length, and sported an enormous girth. Without question, the fattest, heaviest, far-north pike I’ve ever seen.

Now, I may have been born at night, but it wasn’t last night, so I pleaded and scrounged one of sparkling whitefish lookalikes from him. And in less than 30 minutes, we caught and released seven trophies of a lifetime, including the biggest pike caught at Arctic Lodge the entire season.

When I asked good friend and former OMNR colleague, Dr. John Casselman, one of the country’s most respected fisheries scientists, why the Whitefish spoon seems to hold so much appeal to the fish, he attributed it to what he called “particle size”.

“If you look at pike in the north,” John said, “they don’t have a shortage of food, so food is not a limiting factor.  Think in terms of ‘particle size.’  They’re probably feeding on whitefish or lake trout. The point is that if they want a big fish to eat, they can go out and get it. But they’re going to optimize themselves by coming back in and staying in shallow water.”

So, if you want to catch the biggest pike in your favourite lake, river, reservoir, pit or pond this summer—look for the isolated, hard-to-find, shallow/deep transitional structure and cover options, and then show them a sparkling whitefish or lake trout clone. Indeed, I am willing to bet that the spoon Julio Buel was using to eat his ice cream that historic summer day, so many years ago, was made of highly reflective silver, heck, maybe even gold, since this was long before the invention of modern-day fake finishes.

It is why I have come to regard similar-shaped pure silver and polished gold spoons to be the greatest northern pike lures of all time.