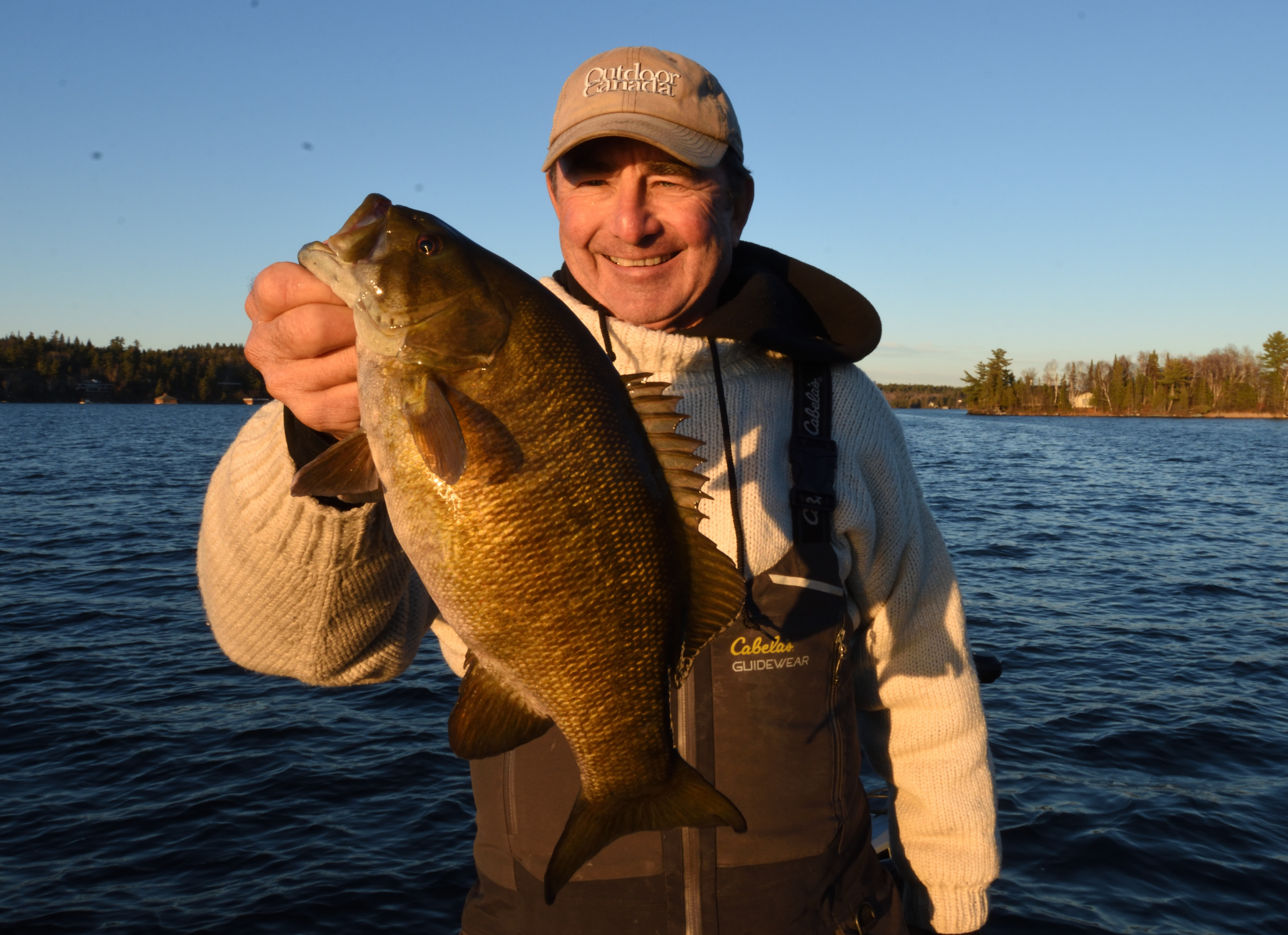 Do you keep fall smallmouth in your livewell all day? You may be killing them

It is only natural in the age of social media to cull the biggest five smallmouth bass that you catch, keep the water running constantly in the livewell and take a few images at the end of the day, before releasing the fish back into the lake when you return to the dock. The bass swim away, and you pat yourself on the back, knowing that you didn’t kill any of the critically important 15- to 20-year-old trophies.

Fact of the matter is, northern range smallmouth bass are like bears that are about to go into hibernation. They eat an astonishing amount of food in the fall. This replenishes their body fat and restores their energy reserves, allowing them to get through the upcoming frozen-water, winter starvation period when, for all intents and purposes, they do not eat.

This is only a minuscule amount of what renowned OMNR researcher Dr. Mark Ridgway has learned, having spent much of his life conducting research out of the Harkness Science Laboratory on Lake Opeongo. As I’ve mentioned in the past, Ridgway’s work there with smallmouth bass has contributed to the longest continuous census of any animal population on earth.

And he is concerned with the way anglers behave between September and freeze up.

“The young-of-the-year stuff is well understood,” Ridgway says, reinforcing the message that if the smallmouth that hatched in the spring haven’t grown to at least the size of your little finger as they head into the frozen water period, they will perish during the winter. “But I think the story is played over again for the adults. They literally starve as well. They do absolutely nothing over the winter. That is why I think the fall period is so critical for them. It’s desperately important for them to binge feed prior to the winter starvation period.”

Preserving the smallmouth stocks on these traditional fall haunts is a concern for Ridgeway, because the fish faithfully flock to them and reuse them, year after year. But fall locations are few in number, and much smaller in size than summer home ranges.  As a result, you can often find the entire adult smallmouth population of a lake—or major portion of a lake—crammed into an extremely small number of points, reefs, bars, saddles and shoals.

How many fish will gather on one location? “Thousands,” says Ridgway.  “That is what makes them so extremely vulnerable. And they’re always adult fish considerably above average size and weight for the lake. You can go back to these spots day after day, season after season, and pull out large fish. Too many anglers targeting these few strategic locations, catching limits of fish, can be extremely detrimental. It can be a huge problem because you’re taking out the reproductive population.”

“Remember too, that northern range smallmouth predetermine in the summer which fish will breed the following spring. If those bass are subsequently killed in autumn, no other bass will come in the next spring to spawn for them.

“There is legitimate concern about angling for smallmouth during the nesting season,” Ridgway says, “but frankly, I think killing fish when they’re bunched up on fall and winter sites is something anglers and fisheries managers ought to be thinking about as well. You get far greater portions of the populations concentrated in these fall basin structure sites. You’d have to cover miles and miles of shoreline in the summer time to find the same number of fish.”

But, most of us are conscientious catch-and-release bass anglers, aren’t we? We’d never harm the population—at least not on purpose.

Unfortunately, the problem occurs when we livewell the biggest bass that we catch in the fall, cull them out as we move around the lake, over the course of the day, and then photograph them at the end. Often letting them go miles away from where we caught them, far from those critical fall home locations.

What appears to happen, as OMNR biologist Barry Corbett demonstrated when he replicated Ridgway’s multi-year tracking study on Lake of the Woods in northwestern Ontario, is that when we move the bass, instead of binge feeding in the fall and restoring their energy levels, they use up their reserves as they desperately search for home.

Corbett speculates, in fact, that the fish expend such enormous amounts of energy searching for their familiar home ranges, that they go into the winter starvation period in much poorer physical condition and perished. What he discovered, in fact, was that between 35- and 50-percent of the bass that were moved, were dead the following spring.

It is something to think about the next time you pop that trophy size fall smallmouth into your livewell and move it around the lake, before taking a picture.