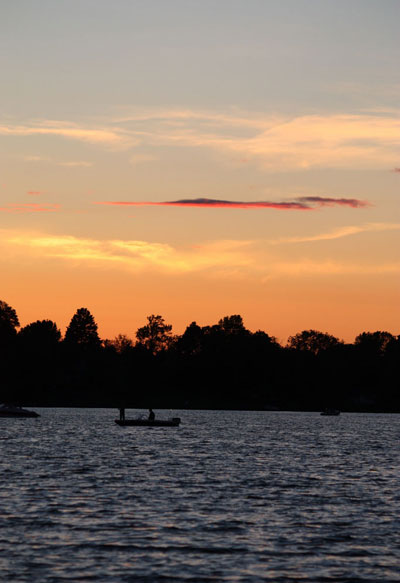 In 2010, Crappie; Good numbers of fish and lots of hot spots

When to fish: The first few weeks of the season are best.

Where to fish: Focus on canals, bays, creek mouths and weed flats in sheltered areas.

Largemouth bass; Large numbers of fish, and a variety of locations

When to fish: Action is consistent all season long.

Where to fish: Target shallowwater fish early in the season; later, work deeper weeds, as well as docks.

When to fish: The end of the ice season in February, and May, are best.

Where to fish: Look for good weed cover and bait fish in four to six feet of water.

Tip: In winter, use small, light flutter spoons; don’t jig too aggressively. In May, flip small jig-andgrub combos along weedlines.

Where to fish: Weedlines in about three to six feet of water.

Walleye; Good numbers When to fish: Spring through fall.

Where to fish: Just off weedlines in six to nine feet of water.

Tip: Cast bucktail and grub-tipped jigs or slow-troll a Beetle Spin close to the bottom.