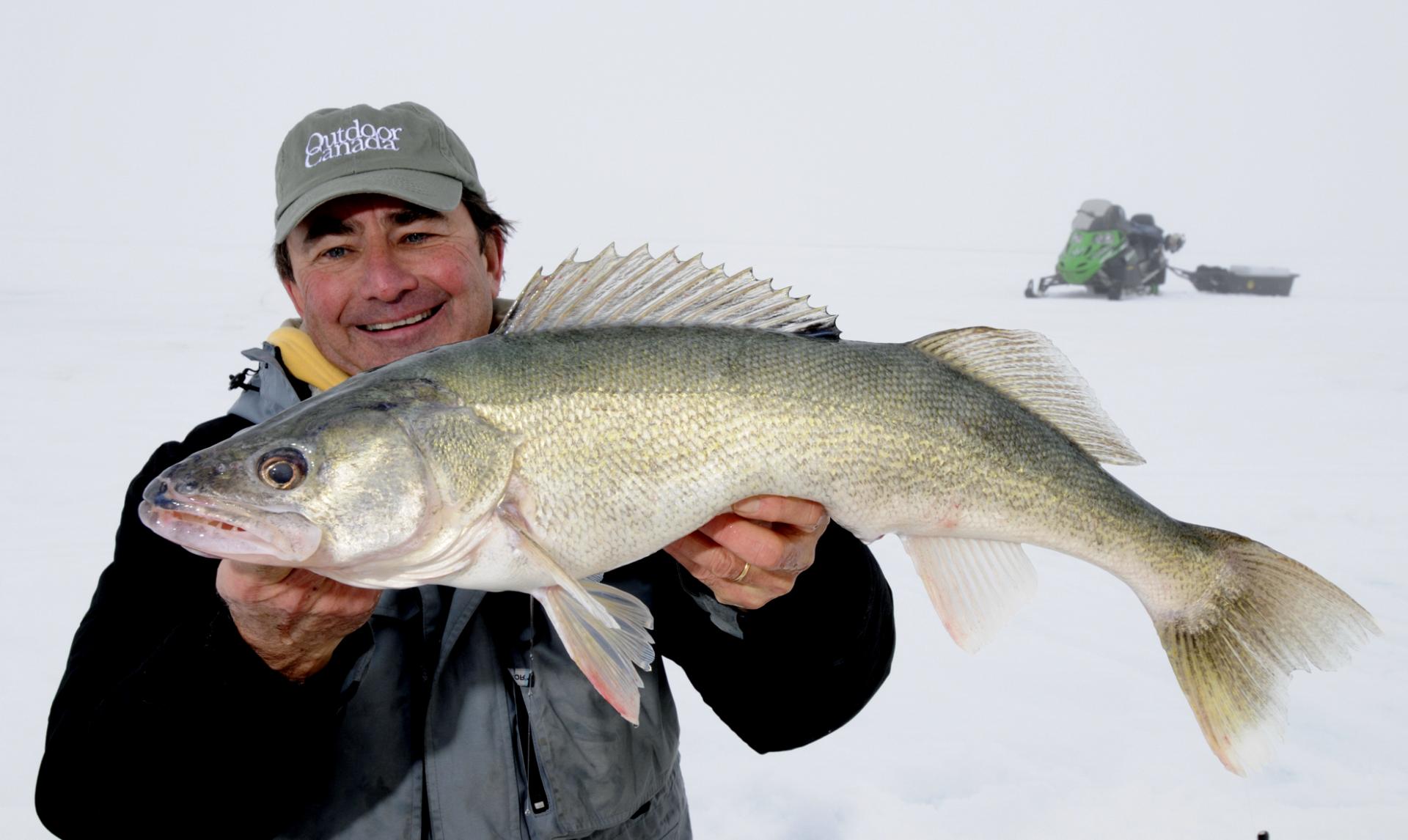 It pains me to say it, but storm clouds are gathering around Lake Winnipeg, and given the sound of imminent thunder, this tempest isn’t going to pass quietly.

The big lake’s walleye fishery is in trouble—big, serious trouble.

For almost 15 years now, I’ve had the chance to ice fish for walleye on Lake Winnipeg.  Matter of fact, I filmed the very first In-Fisherman television show with local guide and friend, Roger Stearns that highlighted the wonderful winter walleye extravaganza.

The ice fishing back then was ridiculous.

In fact, it was so good that for several years in succession, there was not a single day when we averaged out the trip, that we did not land at least one walleye over 30 inches, that weighed more than 10 pounds.

During many of our ice fishing adventures, we caught and carefully released numerous 30-inch-plus pre-spawn female walleyes. Most days we lost count of the 25-, 26- and 27-inch fish that we also released.

In fact, I had the opportunity recently to ice fish with another friend, guide and long time Lake Winnipeg stalwart, Todd Longely, and Todd confessed that for the first time ever, he has not landed a single Master Angler greenback this winter. Ditto, good friend and Outdoor Canada magazine culinary columnist, Cameron Tait, who is based in Winnipeg.

To be sure, the ice fishing is still superb—seemingly better than almost anywhere else on earth—but the fish are smaller. And when you compare the walleye fishery of today with the one of yesterday the prognosis is not good. Not good at all. The problem is a commercial fishery that is totally mismanaged by an absurd set of medieval rules.

As Angelo Viola and I discussed on the nationally syndicated Outdoor Journal Radio Show this past weekend, to say that Manitoba’s walleye management program on Lake Winnipeg is akin to that of a Third World country is, well, an insult to Third World countries.

Consider the facts. The Manitoba government manages the Lake Winnipeg commercial fishery (it harvests 95 per cent of the annual walleye catch) on a combined fish basis.   So, while the quota is 6.5 million kilograms, the commercial harvesters can net any combination of walleye, sauger and/or whitefish.

Again, the only word that comes to mind is absurd.

Think about it for a minute. It’s like having a combined sport fish limit of 10 fish, any combination of which may be walleyes, yellow perch or bullheads. Or giving a forest-management company an annual allowable cut of  one million board feet of lumber and allowing them to harvest any combination of white pine, poplar and/or birch. If that happened the only white pines we would see would be in Tom Thompson paintings and our forests would be awash with poplar and birch.

Left to fend and compete in this “tragedy of the commons,” walleye are the only game in town for the commercial fishers who have even targeted the very biggest pre-spawn females for their eggs.

You can’t make up this stuff.

One could even forgive the Manitoba rule makers for not understanding how to manage fish stocks wisely, but they commissioned a task force comprised of fisheries scientists to tell them how to do it sustainably. The panel recommended the immediate imposition of a 3.65 million kilogram walleye quota and species specific management.

Good friend and former OMNR colleague, Dr. Peter Colby, who headed up Ontario’s walleye research unit and authored the Biological Synopsis of Walleye for the United Nations, peer reviewed and supported the panel’s report. It never saw the light of day, causing Peter to muse softly, “What a shame.”

What isn’t a surprise is the sustainable seafood program SeaChoice calling Lake Winnipeg’s commercial fishery one of, if not THE worst managed on earth.