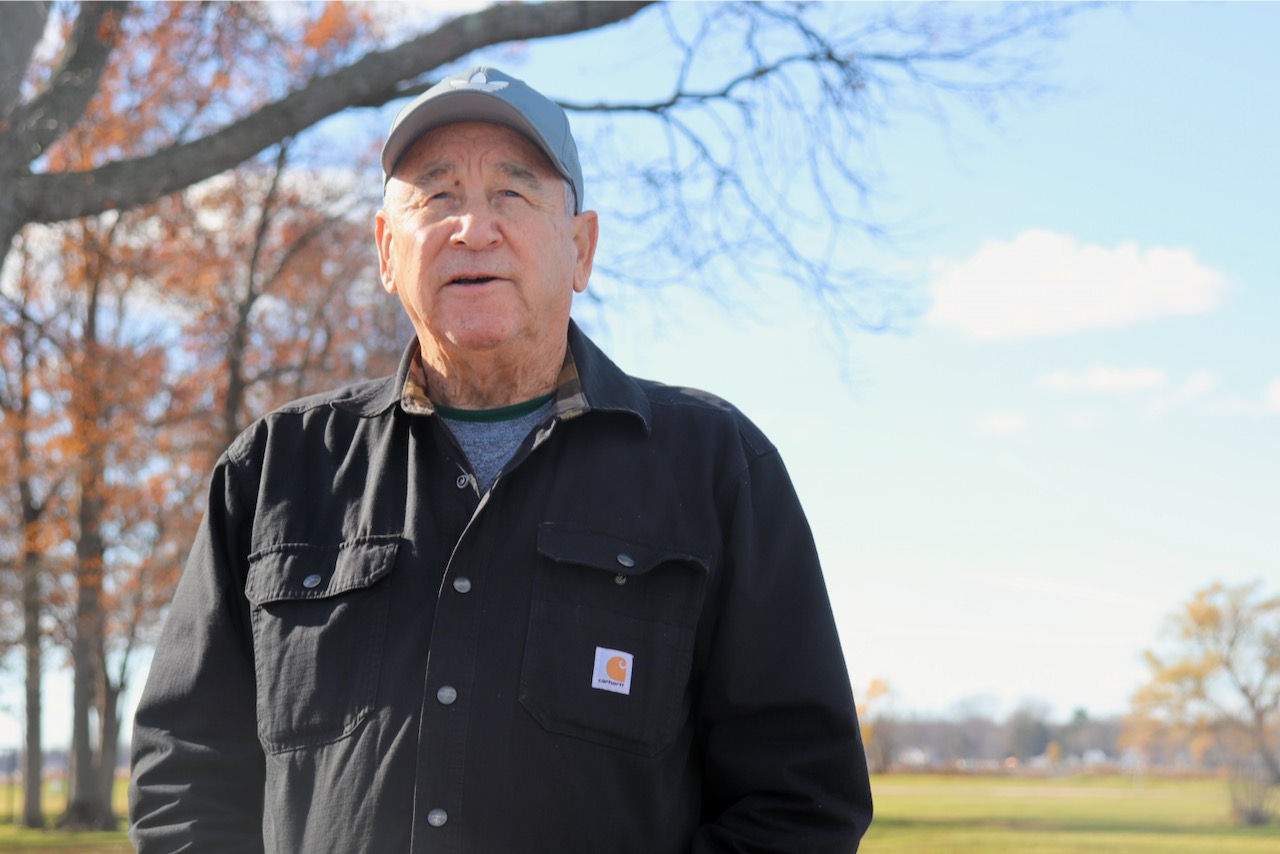 OF THE LAND AND WATER

For legendary Walpole Island hunting and fishing guide Bill Sands, reconnecting to his Indigenous roots has become a lifelong journey

It was barely light out as a cloud of mallards turned the sky black, and the echo of a shotgun skipped across the open ponds. Guide Bill Sands waded into the water, cattails swaying around him, as his giddy guests waited for him to retrieve their birds. At age 76, Sands has been doing this for a long time. He dipped his hands into the marsh and pulled out the ducks.

A father and grandfather, Sands is in his sixth decade of guiding at southwestern Ontario’s Walpole Island First Nation. He tried working in factories, but he couldn’t see the sky. He belonged among the oak savannah, woodlands, marshes and open water comprising Walpole Island, where the St. Clair River empties into Lake St. Clair. Sands has a connection to the land and water here. He understands the ducks and the fish, and the pheasants, muskrats and other wildlife.

It wasn’t always that way. As with many Indigenous youth, Sands was ripped away from his family and culture and sent to a residential school when he was 11 years old. He remembers the government Indian Agent arriving at his classroom in Wallaceburg, grabbing him by his shirt collar and bringing him to his car. From there, they made the two-and-a-half-hour trip to the Mohawk Institute—known as the “Mush Hole” for serving bland porridge—near Brantford. “My mother almost died from that shock,” he says. “It was the worst thing ever in her life.”

Like other residential school survivors, Sands prefers not to talk about what happened to him, but he’s learning to. “I got beat up every day for the first two weeks—before school, after school, after dinner,” he says. “It was just a common thing. Not just me. A lot of the other boys, as well. There was always fights. And the staff promoted it. They pushed the big guy into the little guy, or pushed the little guy into the big guy, and then the fight was on. That was pretty tough.”

When he was released in 1960, Sands returned to Walpole Island and began working at a local gas station. Then early one morning, his brother Butch burst into his bedroom with advice that would change the direction of his life. “Billy, you gotta guide,” he remembers his brother saying, waking him.

“I’m sleeping,” Sands replied. “Get out of here.” He still had hours left in his warm bed.

“You gotta guide,” his brother insisted. “You’ll get $10 if you take some duck hunters out.”

At that, Sands got up and got dressed, listening carefully as his brother told him what to do, and where to take the group of hunters. That first outing was a success, and soon his name was being passed around. And as customers filled their tanks while Sands attended the gas station, he’d pick up more guiding jobs.

As Sands’ reputation grew, so did his celebrity clientele

“You like working here?” he remembers a customer asking one day. “I heard you can blow a good duck call. How much do you make here? If you can blow this duck call, I’ll double it.”

“You give me the job, then I’ll show you I can blow the call,” Sands recalls replying, a smile breaking across his face at his youthful confidence.

Before long, he was offered a full-time guiding job at the hunting lodge of William Clay Ford Sr., grandson of automobile mogul Henry Ford. From there, Sands eventually opened his own lodge and guiding service, and as his reputation grew, so did his celebrity clientele. So began his reconnection to the land and his Indigenous culture, a process that continues to this day, with his daughter, Alyssa, now a part of the journey.