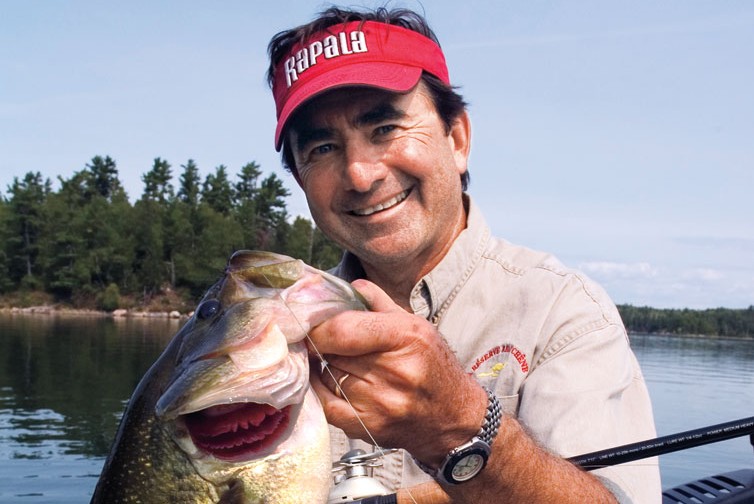 Catch bigger and badder bass with this do-it-all lure

What’s the most versatile lure in your bass tacklebox, the one bait you can use to catch numbers of both smallmouth and largemouth bass, as well as big bruisers? The offering you can throw to the horizon, and use to quickly cover acres of water? Or tie on with confidence on the opener and still rely on during the last day of the season? The one lure that is equally at home in cold, muddy water as warm, clear water?

If you answered a lipless crankbait, you’re in good company. Many of the world’s top professional bass anglers—including Kevin VanDam, Kelly Jordan, Marty Stone, Takahiro Omori and Gerald Swindle—will tell you that when the conditions are right, they rely on lipless cranks to get the job done.

At least 30 years old, Cotton Cordell’s Super Spot and the Bill Lewis Rat-L-Trap are the pioneering lures of the lipless crankbait phenomenon. But recent high-tech upstarts such as the Rattlin’ Rapala, Berkley’s Frenzy, Strike King’s Diamond Shad and Lucky Craft’s LVR have also been making plenty of bass-catching noise of late.

With their pointed, lipless noses and flat sides, these lures wobble like breakdancers in overdrive. And with steel shot rattling inside their hollow sound chambers, they’re often too much for bass to resist. The biggest lipless crankbaits, weighing between 1/2 and one ounce or more, are favoured by largemouth bass anglers. Smallmouth aficionados, on the other hand, generally grab 1/8- to 1/4-ounce models.

“A lipless crankbait is usually the best lure a bass angler can use for covering vast flats for bass,” observes two-time Bassmaster Classic champion Kevin VanDam. He says lipless cranks suit his fast-paced style of run-and-gun fishing by cajoling aggressive bass into attacking with reckless abandon, while provoking lethargic bigmouths into striking out in anger.

Kelly Jordan, on the other hand, grabs a lipless crankbait whenever he sees weeds. I fished with the talented Texan pro two years ago, and marvelled at the way he combed the tops of the thickest weeds wielding a ½-ounce LVR D7. Using a seven-foot, medium-heavy-action, soft-tipped rod and a high-speed reel spooled with 6/30 Spiderwire, Jordan most often burned the bait over the weeds. But other times, he slowed down his retrieve slightly, let the lure tick the tops of the vegetation, then ripped it free. As often as not, a fat bass pounced on the bait.

Marty Stone and 2004 Bassmaster Classic Champ Takahiro Omori, meanwhile, gauge the water temperature to decide how best to work a lipless lure. When it’s cold, Stone lets the lure fall all the way to the bottom before slowly creeping it along. Omori, however, gets giddy whenever he finds a school of bass attacking baitfish in tepid surface water. If he doesn’t catch fish by burning the bait through the school, he’ll pause the lure in the middle of the feeding frenzy and let it flutter down like a wounded minnow-a strategy big bass can’t resist.

As for Gerald Swindle, he says a Lucky Craft is his ace-in-the-hole when he finds autumn bass relating to deep edges. He simply pitches out the lure, lets it settle to the bottom, then rips it up the same way other anglers fish a jigging spoon. Because deep-water bass have never seen a lipless crank presented this way, they try to tear the rod out of his hand.

Come to think of it, that’s exactly the kind of strike you can generally expect with the versatile lipless crankbait—no matter how you fish it.

Bass can hit lipless crankbaits so violently they’re often not well hooked. To avoid losing a big fish during a fight, therefore, the pros advise taking your time, slightly loosening your drag and plunging your rod tip into the water to prevent the fish from jumping. And depending on the lure, you may want to replace the factory-installed hooks with premium, super-sharp trebles that are one size larger. Finally, follow this cue from the elite pros: if they hook a bass on a lipless crank, they’ll never swing it into the boat. That’s a job for the net.