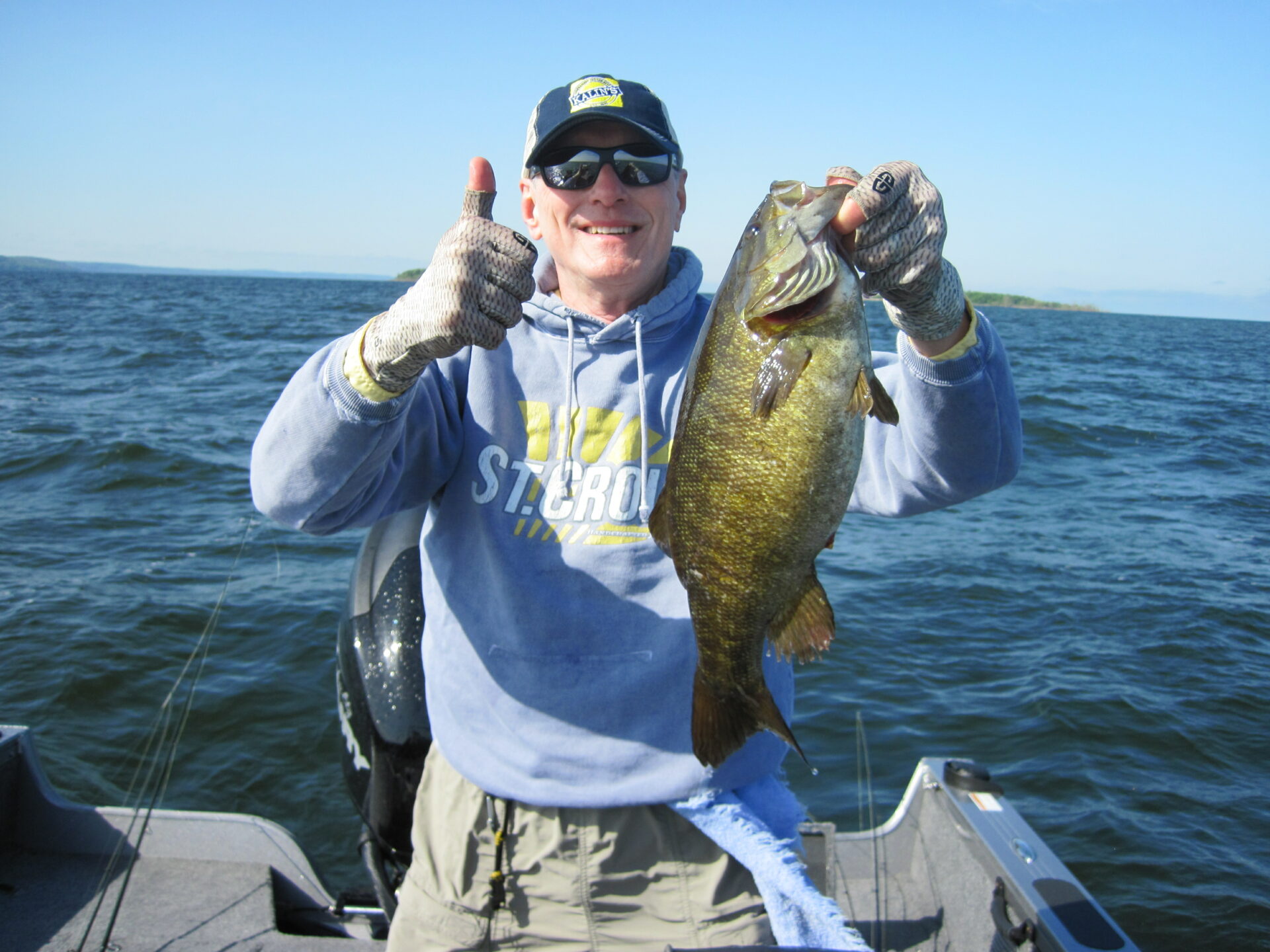 Bill Schultz has caught 25,000 smallmouth bass. These are his best lures

“My dad ran the Madison, Wisconsin YMCA,” says Schultz, “and hanging around the weight room, I remember all those big guys jotting down their workouts in beat-up log books. Swimming at the University of Wisconsin in the early 1970s, I kept a log of my daily yardage on 3- by 5-inch cards that I kept in my wallet. After swimming, it was racquetball and a log of my matches that continues to this day. So, once I got back into fishing in 1992, you guessed it: a fishing log.”

Shultz has confined much of his efforts to the smaller rivers located in southwestern Wisconsin, and the Milwaukee River in the southeastern part of the state. But he has also caught a good many bass in Sturgeon Bay and Lake Michigan, two of the hottest trophy-bass locations on the continent. With such a well documented diary, I was eager to hear about the trends he has seen.

“My longest running smallmouth river lure is the Rebel Teeny Wee Crawfish,” says Shultz. “I still remember buying my first one in 1995 for panfish and largemouth bass in a local pond. I caught two bluegills on my first cast with that little fish-catching magnet.  A while later, I caught my first river smallie on it. It’s still a productive lure in the small, shallow rivers I fish. It is a floater/diver that goes down two or three feet, bounces off cover and almost never hangs up. The one alteration I make is switching out the small #14 back trebles with larger #8s or #10s, for better hook-ups.”

Like many bass anglers, Schultz discovered the success to be had swimming four-inch soft-plastic grubs. “In 2007 that I first enjoyed success using Kalin Lunker Grubs in Sturgeon Bay” he says. “In these clear waters I stick almost exclusively with the smoke salt-and-pepper colour. As a matter of fact, in May/June of 2014, I caught 714 smallmouth on this one presentation. I used the grubs that fall in a river and it was great, especially the blue pearl salt-and-pepper. In rivers, I fish it on a 1/16- or 3/32-ounce mushroom head jig with a long-shank hook. There’s only one way to present it, and that is slow and steady. If you tick a rock or touch bottom, just speed up your retrieve a little.”

Not surprisingly, in recent years, Schultz has jumped onto the Ned rig bandwagon, releasing more than 5,000 smallmouth since he first tied one on in August 2016. “It’s a great rig,” he says, “especially when I use the Spot-Lock feature on my MinnKota trolling motor. That way I can fish with lighter jigs, even in the often-windy conditions of Sturgeon Bay. I’ve caught the majority of bass on a green pumpkin goby Z-Man TRD, pinned to a ShroomZ or NedLockZ jig in chartreuse.”

Even more recently, Schultz has become a big fan of swimbaits—especially, the Keitech Fat Swim Impact—to catch the giant bass that call the Great Lakes home. But he’s noted that downsizing can often pay big dividends. “I first used the 3.3-inch model,” he says, “but in the spring of 2020 I had even better success with the 2.8-inch size. They are fragile baits, but they do produce. I fish them just like grubs on the same style jigs. The great surprise has been how tremendous the 2.8-inch model is for river smallmouth. Colour hardly matters in rivers, but in the Great Lakes, I stick with goby, shad, black shad, alewife and electric shad.”

Having enjoyed such stellar success catching smallmouth bass over the past 25 years, I was intrigued that Schultz hadn’t mentioned tube jigs, the go-to bait of choice for so many bass anglers. “Even though I knew they worked well,” he says, “I really didn’t get back into tubes until last fall when I caught my two personal best bass, a 7.25-pound and 6.75 pound smallmouth on November 7 and 8. I also caught my 25,000th smallmouth on a tube on August 4.  So, tubes are back for me, big time.”