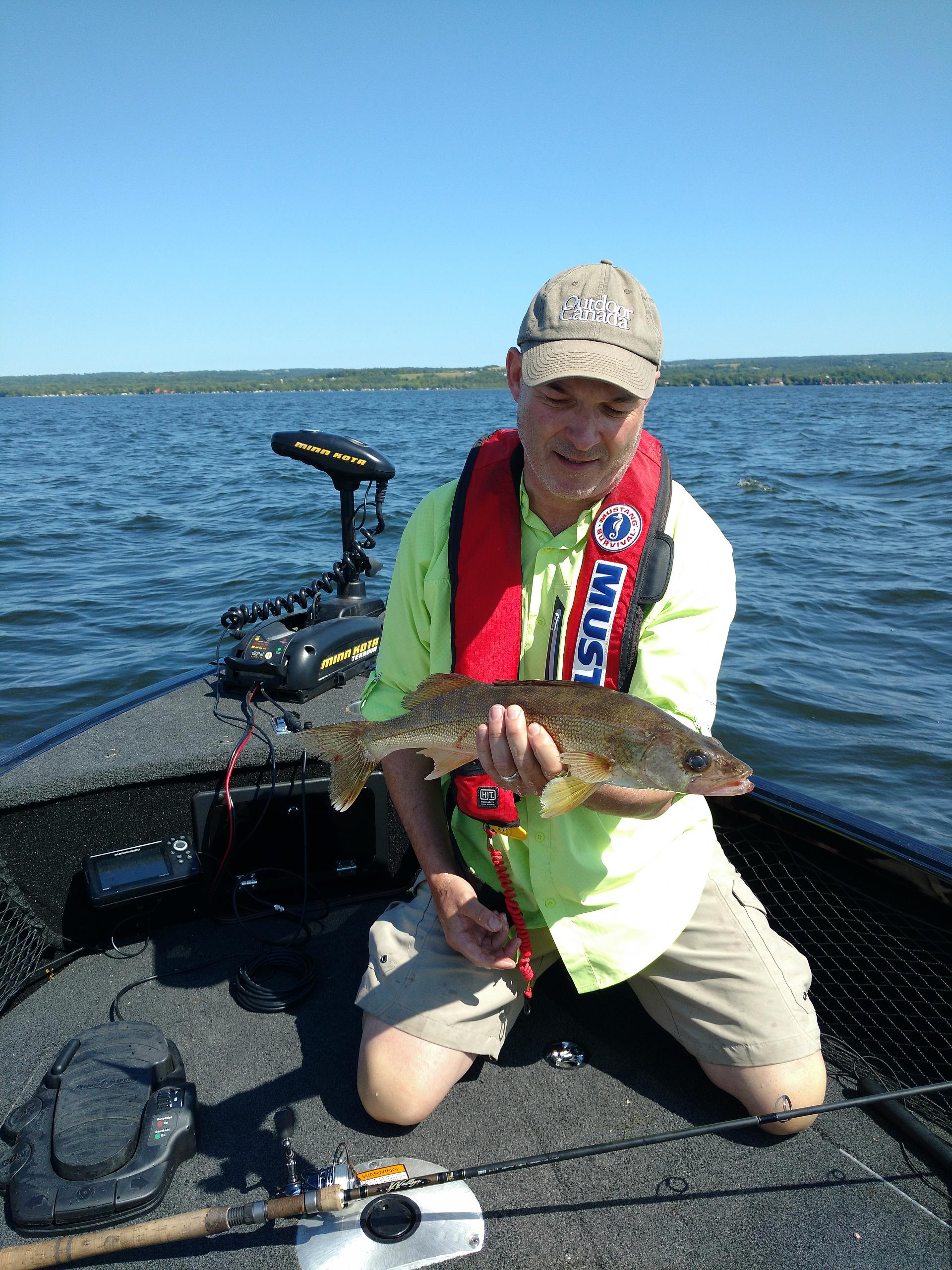 We’re on the water with our new Alumacraft Competitor 175 LE! Editors Patrick Walsh and Bob Sexton had the honours of getting her wet for the first time on June 17 with a photo session on southern Ontario’s Lake Simcoe (that’s Bob at the helm, below). They even caught a few perch while they were at it (bass didn’t open till June 25 on Lake Simcoe; see “Lake Simcoe Bass Opener” further down).

On June 24, Editor Patrick Walsh was drop-shotting for bass with buddy Billy Shields on Rice Lake when he caught this surprise! Clearly, our new Alumacraft Competitor 175 LE is a multi-species fishing machine. And as Fishing Editor Gord Pyzer has long said, so is the drop-shot rig!

On the second day of Lake Simcoe’s bass season, Editor Patrick Walsh headed out alone to continue to put Outdoor Canada’s new Alumacraft through its paces. The verdict so far? A smooth, comfortable ride, a snappy hole shot and scads of casting deck, fore and aft. Even with 36-kilometre gusts making for white caps, the boat handled superbly. The MinnKota Terrova and the Humminbird Helix graphs complete the package, making for one deadly fishing machine. (Walsh apologizes for the stern expression. It was his first time using the selfie-timer on his Android. “Is this thing on?”)