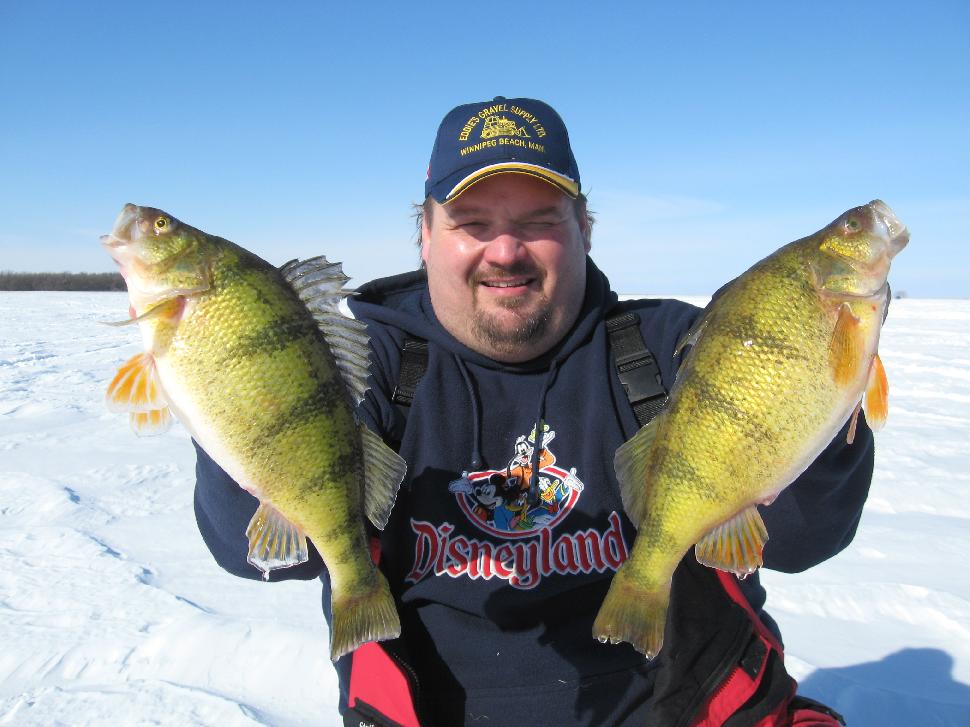 Where is the hottest yellow perch ice fishing on the planet these days?  Devil’s Lake, North Dakota?  Nope.  Lake Simcoe in Southern Ontario?  It is crazy good there, but guess again.

How about East, West and North Shoal Lake in Southern Manitoba, sandwiched between giant Lake Manitoba and Lake Winnipeg, 50 miles northwest of Selkirk?

If you think I am exaggerating about the fishing, consider that of the top 100 Manitoba Master Angler award winning perch entered in the year long contest in 2013, fully 95 were caught in one of these three interconnected lakes and every single one of the yellow and black striped jumbos was hooked in the winter.  Matter of fact, you have to scroll down to the 86th position before you find a lonely perch caught somewhere else in the province that has over 100,000 water bodies.

And the fish are often huge, as first place prize winner Kate Upton proved with her massive 16.70-inch West Shoal Lake trophy.  That is a perch almost 17-inches long and with a mighty girth to match!  Most ice anglers would be proud to catch a walleye that big.

“It’s been going on for years,” says Donovan Pearase, owner of Blackwater Cats guide service, “but no one, other than a few local farmers knew about it.  Then, in 2011, we had the big flood and water came streaming 10 miles down the drainage ditch from Lake Manitoba.  Some people think the perch gained entry into the lakes that way, but they were probably there all along.”

Pearase’s guiding buddy, Mike Kuklik, host of Manitoba’s Mike on Ice television show concurs.  “Catching one hundred yellow perch a day is no problem at all,” says, Kuklik.  “And of the hundred, at least a dozen are going to be over 14 inches long.”

According to Pearase and Kuklik, however, it wasn’t only the natural restocking that kindled the phenomenal perch fishing.  The elevated lake levels have remained high.

“I am ice fishing where I used to hunt waterfowl,” says Pearase.  “East and West Shoal Lake used to be marshes, but now they’re full fledged prairie lakes.  And with the extra water, they don’t winter kill.  The lakes probably average a dozen feet deep.  I’ve heard there is a 20-foot deep hole, but I haven’t found it.  And most of the time we’re fishing with only two-feet of water beneath the ice.  You see a fish on your sonar screen, feel it bite, set the hook and it’s flopping on the surface.” 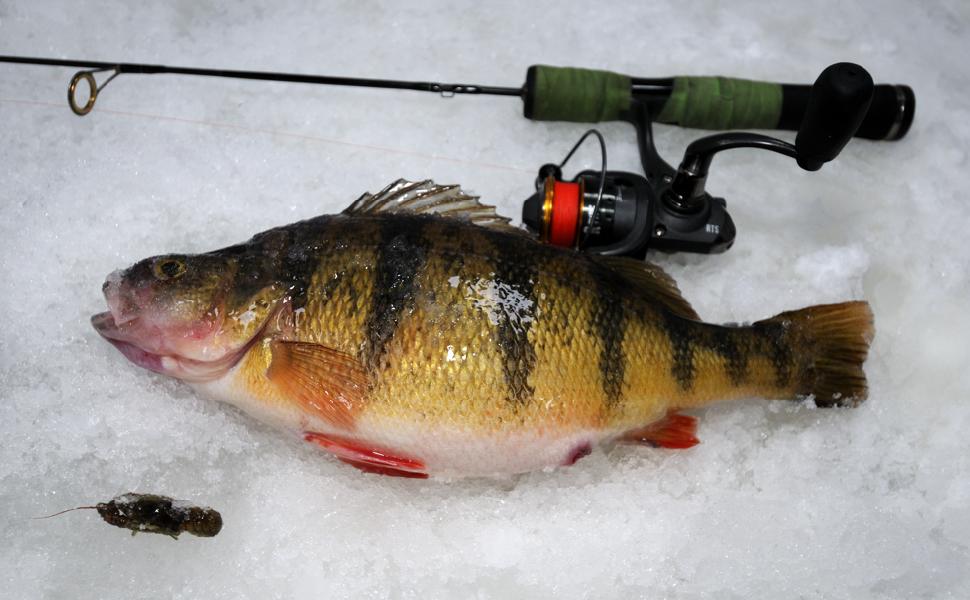 As a matter of fact, Kuklik and Pearase advise ice anglers not to be discouraged when they mark a massive school of yellow perch in 8-, 10-, or 12-feet of water that remain tight-lipped and difficult to catch.

“It doesn’t seem to matter where you drill a hole,” says Kuklik, “your flasher will light up with perch.  But the deeper fish are extremely finicky.  They’ll drive you crazy.  So keep moving until you find the shallow active biters.  When you find them in skinny water, they generally bite immediately.”

Not surprisingly, Kuklik and Pearase favor ultra-light ice rods and reels spooled with two-pound test line.  Their lure of choice is a 1/32- or 1/63-ounce Hexi-fly tipped with either a piece of a minnow or a meal worm or maggot.  The latter two baits, they say, typically nab the prize winning fish.

One more mystery: for some strange reason, the fishing doesn’t heat up until late February and early March.  Then, it is as though someone flips a switch and the Shoal Lake perch factory shifts into overdrive.

Speaking of which, have you looked at the date on the calendar recently?