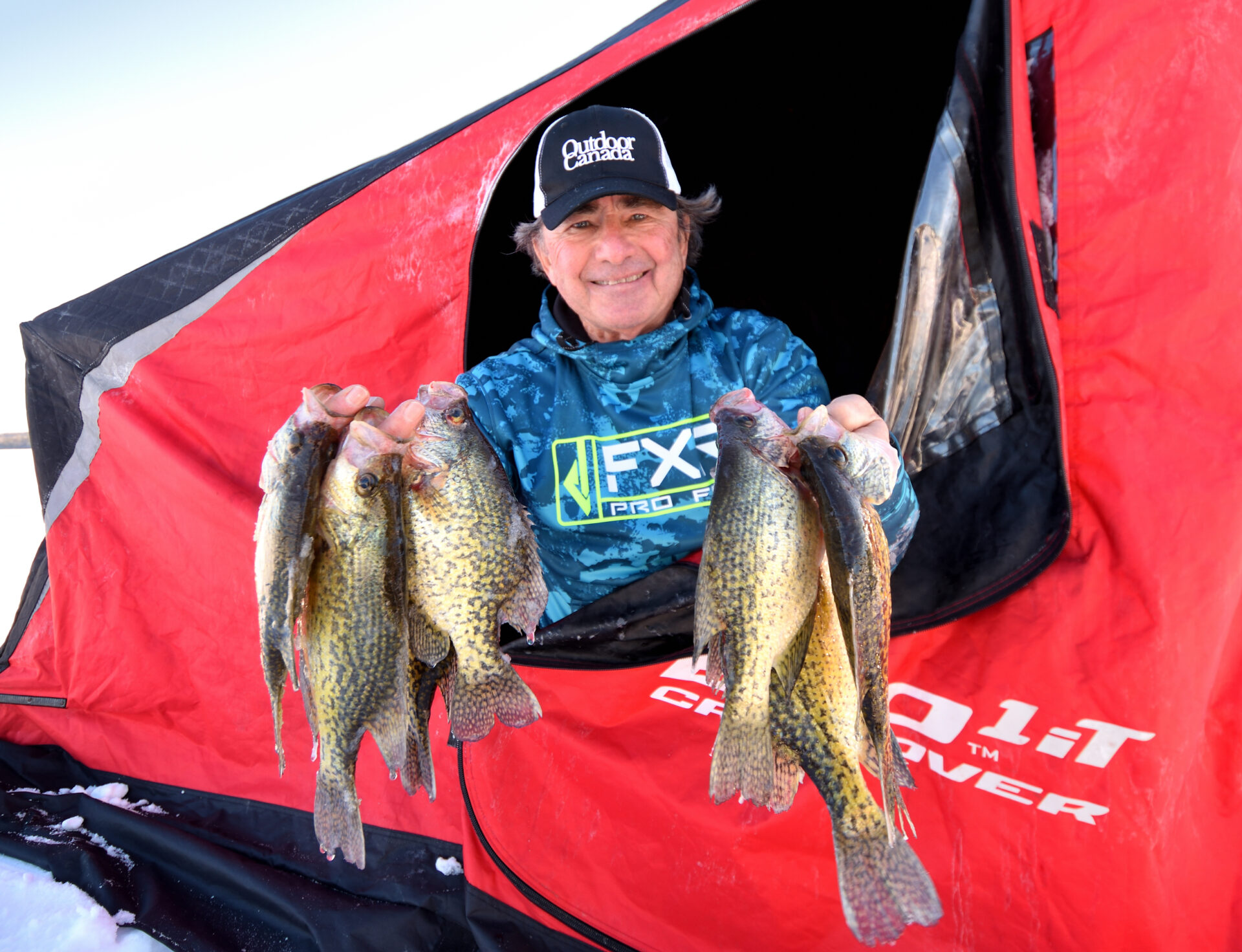 My grandson Liam was home from college for the holidays, and before he headed back to school last weekend, I asked him what he wanted to fish for during our last two days on the ice. Without missing a beat, he said, “Lake trout and crappies” (the big and small of our winter quarry).

Our plan worked to perfection with two days of stellar action that sent Liam back to school on a fishy high note. It also underscored an important principle, especially on our last day ice fishing for crappies: you shouldn’t always match the hatch.

Most anglers are familiar with the term “match the hatch,” which simply means finding out what the fish are eating, and then giving them either a live or artificial presentation that closely resembles it. Open-water trout anglers are the most dedicated match-the-hatchers with many trouters carrying throat sampling devices in their vests or tackle bags. These look like small plastic turkey basters. You wet the device, compress the bulb, slide the open end into the fish’s throat and then release the bulb so that the vacuum sucks in whatever the fish has recently eaten. It gives you a sample of their diet without killing or injuring the fish. The evidence is proof positive of the size, shape, colour and type of food the fish has been eating, so you can then match it.

I landed the first husky crappie of the day, a beautiful 13-inch slab on my second or third drop down the hole. I was admiring the fish when Liam noticed the tiny, delicate angel-hair-like worms in the fish’s mouth. They were red and green bloodworms, the larval stage of chironomids (also called midges). You probably know them better as the tiny mosquito-like flies that swarm around you in the summer when you’re out on the water. Lacking a blood-sucking appendage, they don’t bite, but they do get in your hair, nose and mouth. 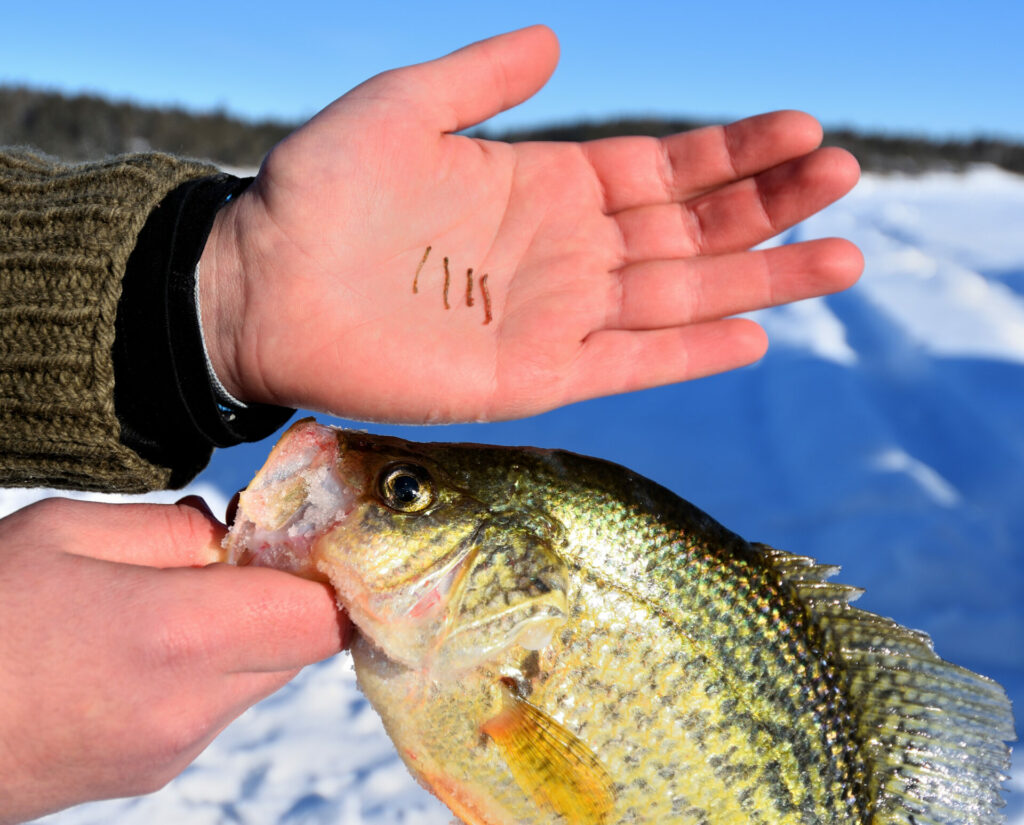 In fertile waters there can be thousands of bloodworms in each square metre of lake bottom, and everything from young-of-the year walleye and yellow perch to brook trout and crappies eat them. So, after seeing this, Liam and I switched to using red and green bloodworm representations, right? Well, actually, no, we didn’t.

You see, many times knowing what the fish are eating leads you in the opposite direction.  And this time, it was to the steak house. In the winter, especially, I often equate insect larvae like bloodworms to macaroni and cheese or hamburgers. We all eat these foods because they are easy to prepare, inexpensive and taste good. But given our preference (and especially if someone else is picking up the tab) we’d much rather feast on a grilled steak, or surf and turf. Oh, yes, and a nice glass of pinot noir. Looked at another way, bloodworms may be the most abundant and accessible food, but not the most preferred.

Knowing this I doubled down on the 1/16-ounce jig I’d tipped with a 2 1/4-inch soft plastic Mister Twister Stingum that I had used to catch the first crappie. It looks like a meaty minnow. Liam, on the other hand, stuck mostly with a 1/32-ounce VMC bucktail jig, occasionally testing a TFJ Tungsten Jig Fly. And the crappies went crazy.

If we hadn’t been fishing in shallow, releasable water, we’d have limited out in under an hour. As it was, we watched the crappies on our Ice Helix 7 units shoot up to intercept these steak dinner-type jigs as soon as the lures cleared the bottom of our holes. It was as though the crappies had been forced to eat salad for weeks, and now someone was saying, “Hey, guys, the diet is over.”

Now, for sure, had the bite been tough we would’ve switched to smaller baits, and slower presentations over the course of the day. But far too many times I see folks assuming—for one reason or another—that the action is going to be tough. And this can become a self-fulfilling prophesy. Don’t do it. Instead, start every day with your biggest, flashiest, most aggressive confidence bait, and go finesse only when the fish tell you it is necessary.