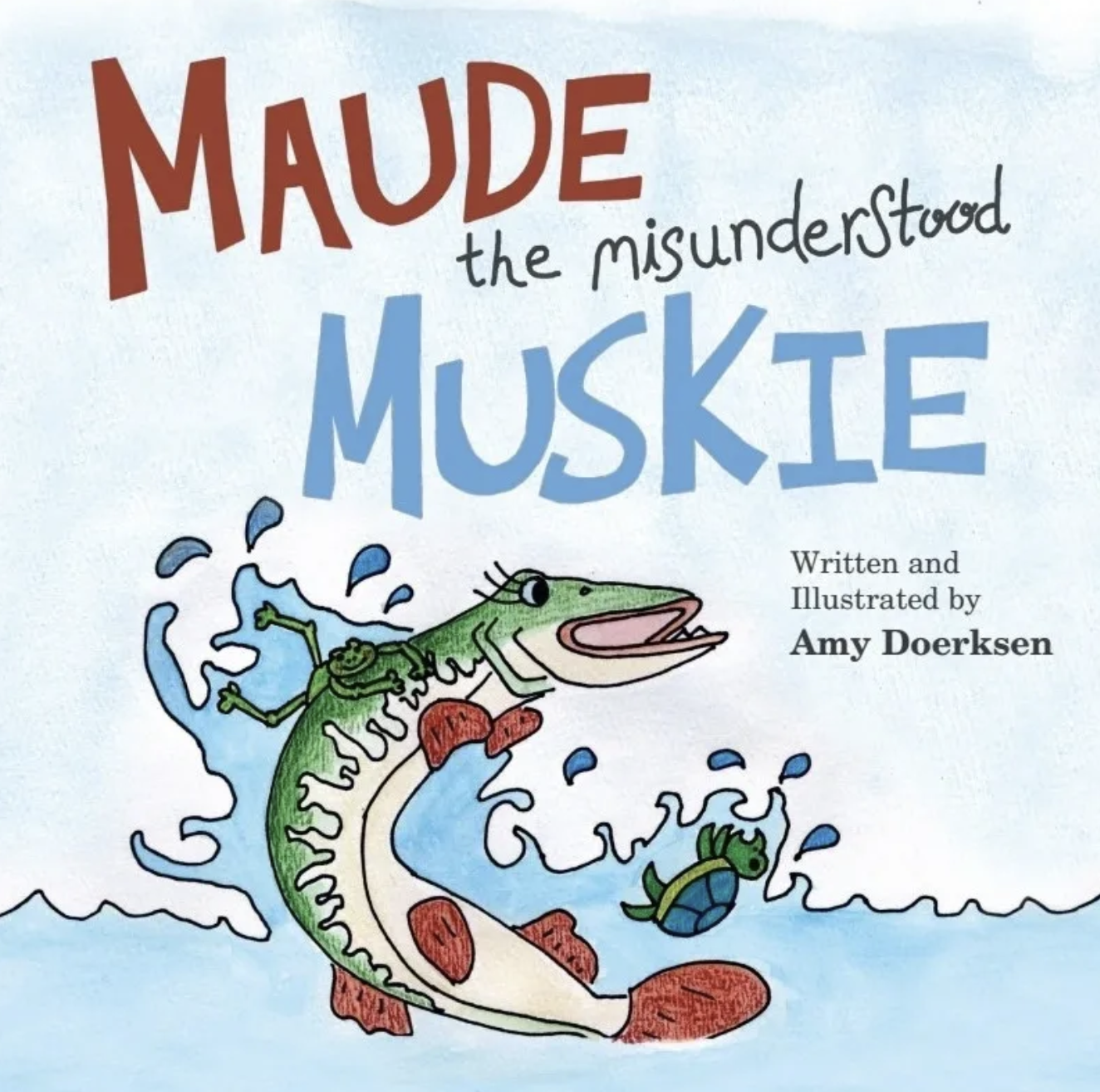 Where was Amy Doerksen when our kids were little and we read them short stories at bedtime? Most of the tales revolved around princes, princesses and knights in shining armour. None of them centered on misunderstood muskies.

“Growing up, my family had a cottage on Lake of the Woods,” says Doerksen, who recently wrote and illustrated the newly released children’s book, Maude the Misunderstood Muskie. “My memories of time spent on the lake revolve around seeing muskies in the water. They were there every spring and summer. Some years we had multiple muskies lurking under our dock. We created maps for sightings that we would post in our outhouse to track their movements. They both terrified and fascinated us. Before swimming, we had extensive ‘muskie-check’ procedures to make sure no one was surprised.“

A Marketing Instructor at the Assiniboine Community College School of Business in Brandon, Manitoba, Doerksen told me that children’s books are one of her passions; in 2020, she self-published her first book, The Rubber Boot Thief.  But it was the muskie showing up two summers ago under the family’s new cottage dock, further down that same lake, that inspired her story about Maude. 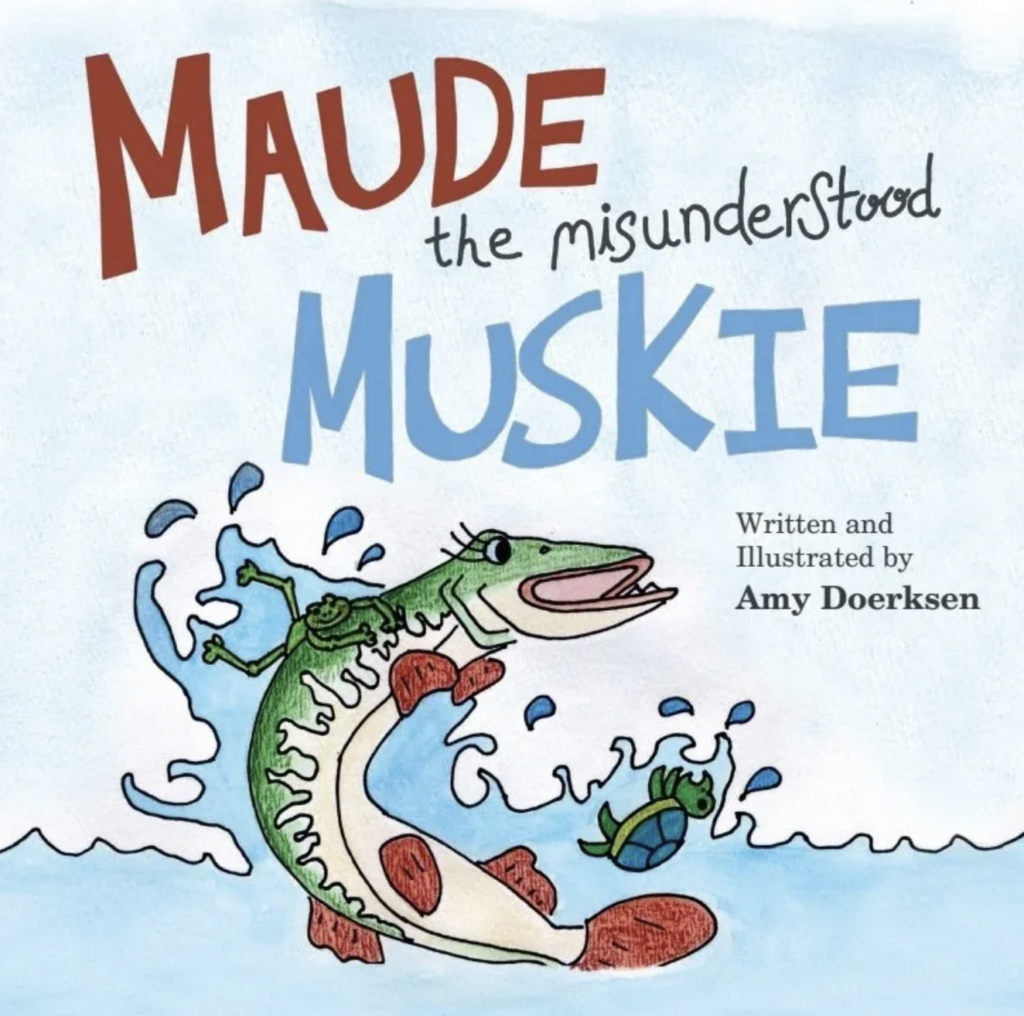 “My husband told me he saw a large fish swimming along the dock and the next day, I caught a glimpse of it. I knew right away that it was not like the smaller pike we saw every now and again. Muskies just have a bit of an underwater strut to their swim. I felt like the muskie had finally found us. We were reconnected somehow and so I wanted to tell a story about how they are really just misunderstood. They are looking for friends, not lunch, in a manner of speaking.”

Doerksen, chuckles, too, when she remembers seeing anglers fishing in the bay as a youngster. “We were weirdly protective of those muskies,” she says. “One evening, a boat crept into our bay and started casting large lures. My brother and I ran down to the dock to see what was going on. I think we would have been around middle school age at this point. The anglers in the boat asked us if we ever saw any big muskies. Despite being taught not to lie, we did. We said ‘No.’ Meanwhile, right beside us in the water was a giant muskie. I remember my heart racing at seeing the big fish so close. Most of the time they rested on the bottom of the lake, but this one was higher up making it more intimidating looking. We had no interest in this person catching any muskies in our bay so we stuck to our story, despite our hearts pounding in our chests. I think we decided to stay on the dock and create a bit more ruckus and noise, so they eventually trolled away.”

I won’t spoil the story of Maude The Misunderstood Muskie for you — suffice to say that it is more than just a fish tale.  If you are interested in a purchasing a copy, visit amydoerksen.com