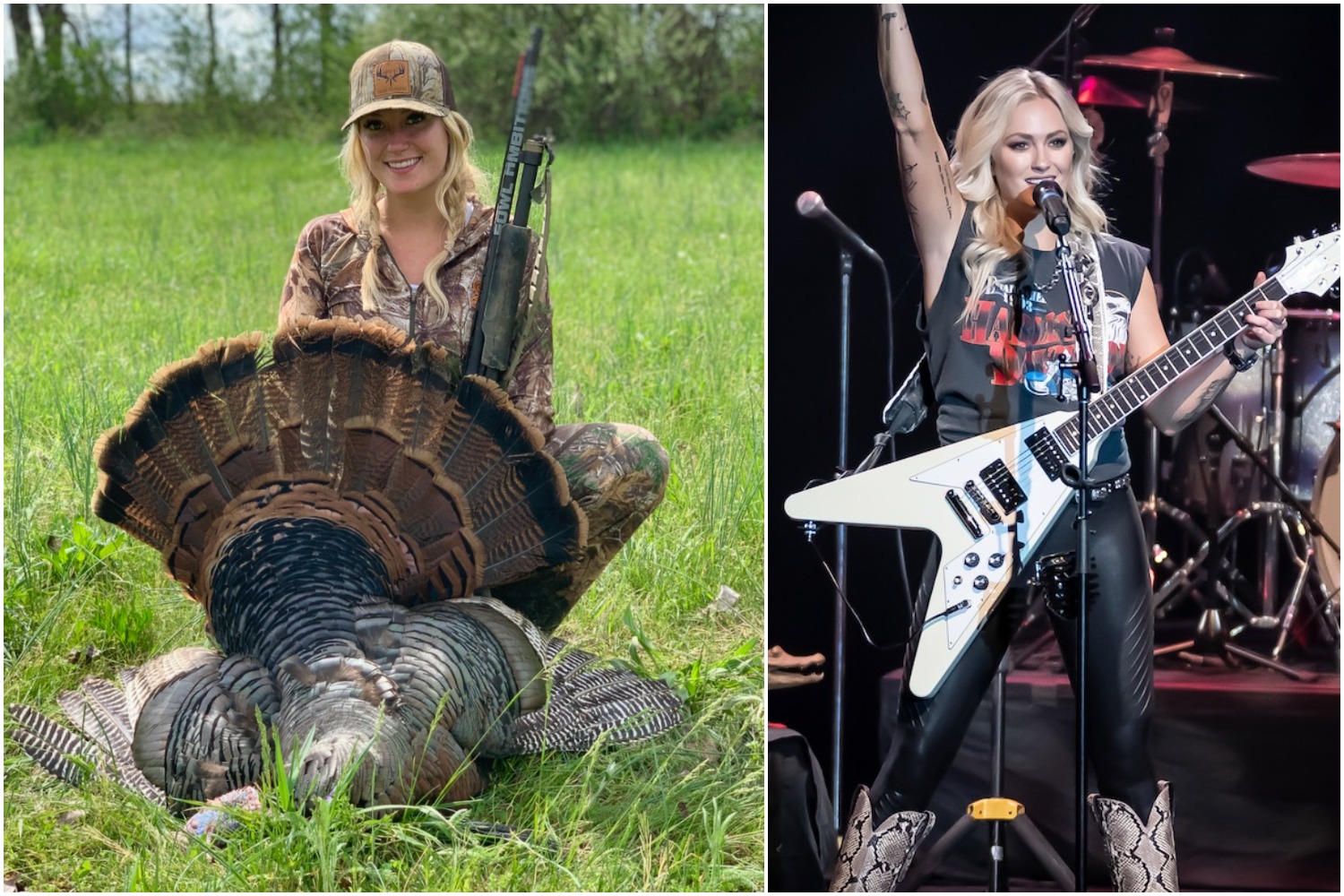 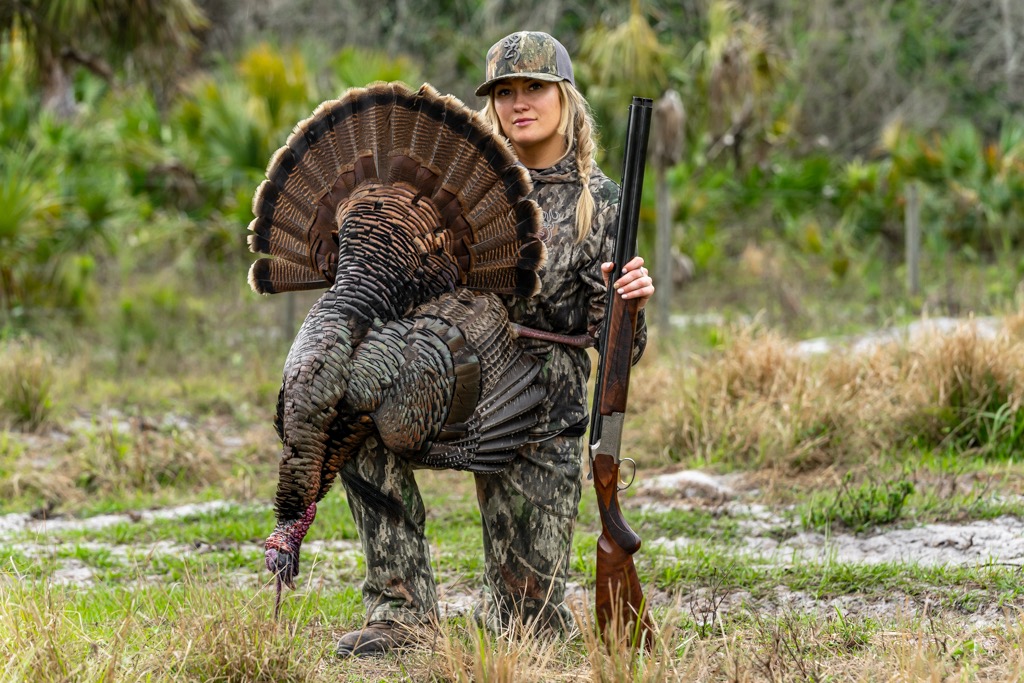 How loud and how often you call depends on where you’re set up and how the birds respond, Patrick says. “If I’m sitting somewhere close to where I know they’re roosting, I’ll usually call at them as they’re coming down.” Many times, she says, the birds will talk and yelp a little bit as they come down from their roosts. “As long as they’re responding, you just keep calling.” The key is to try different sounds, such as clucks, cutts, putts and purrs, to see what they respond to.

Sometimes, though, the less you call the better. “If I get to a point where they stop responding or go quiet, I go quiet, too, and give it a rest for a little bit,” Patrick says. “You don’t want to overdo it, especially if you don’t have the timbre, the texture and the cadence down quite right.”

Patrick’s practice paid off last spring when she called in her first turkey by herself. “I’d been out a bunch because it was right after the pandemic started, and hunting was the only thing you could do,” she says. Indeed, she had been hunting nearly every day since the start of the season, but hadn’t seen a bird, let alone a shootable tom. All that changed on the last day of the season.

“As I arrived at my blind, I found a big perfect turkey feather outside it,” Patrick says, “This has to be a good omen, I thought, so I grabbed the feather, got in my blind and started hearing birds calling almost right away.” She says she began calling back, and a couple of hens eventually came out near her set-up around 7 a.m. Then a tom came out behind them.

“Watching and waiting for him to come in from 150 yards away—that’s where the patience comes in,” Patrick says. “I needed him close enough to get a good shot, but not lose my mind because I was just so happy to see a turkey. I managed to keep my cool and got him to come in, and I shot him. I was excited because it was the first time I got a bird when I was out by myself and did all the calling and everything.”

“I like to be in place at least a half-hour before legal shooting time,” Patrick says. “Sometimes, I like to give it a little more, especially if I’ve got a long walk out to a stand or blind or something. I like to be fully settled and quiet for a good amount of time before shooting time.”

It’s definitely better to arrive early rather than late, she adds, especially if waiting on birds to fly down from their roost might be your best opportunity of the day. “If you get in there just as they’re coming down, or if they come down early, you’ve just messed up your hunt,” she says.

“The outdoors and hunting are really key to my health and my sanity,” Patrick says. “They help me take a step back and see the bigger picture.” Time spent in the field also helps her music by getting her into a healthy frame of mind, she says. “I definitely think up song ideas when I’m hunting or sitting in the stand. It helps me reset so I can be creative, and have the energy to write songs.”

Learn more about Meghan Patrick and her music at www.meghanpatrickmusic.com.