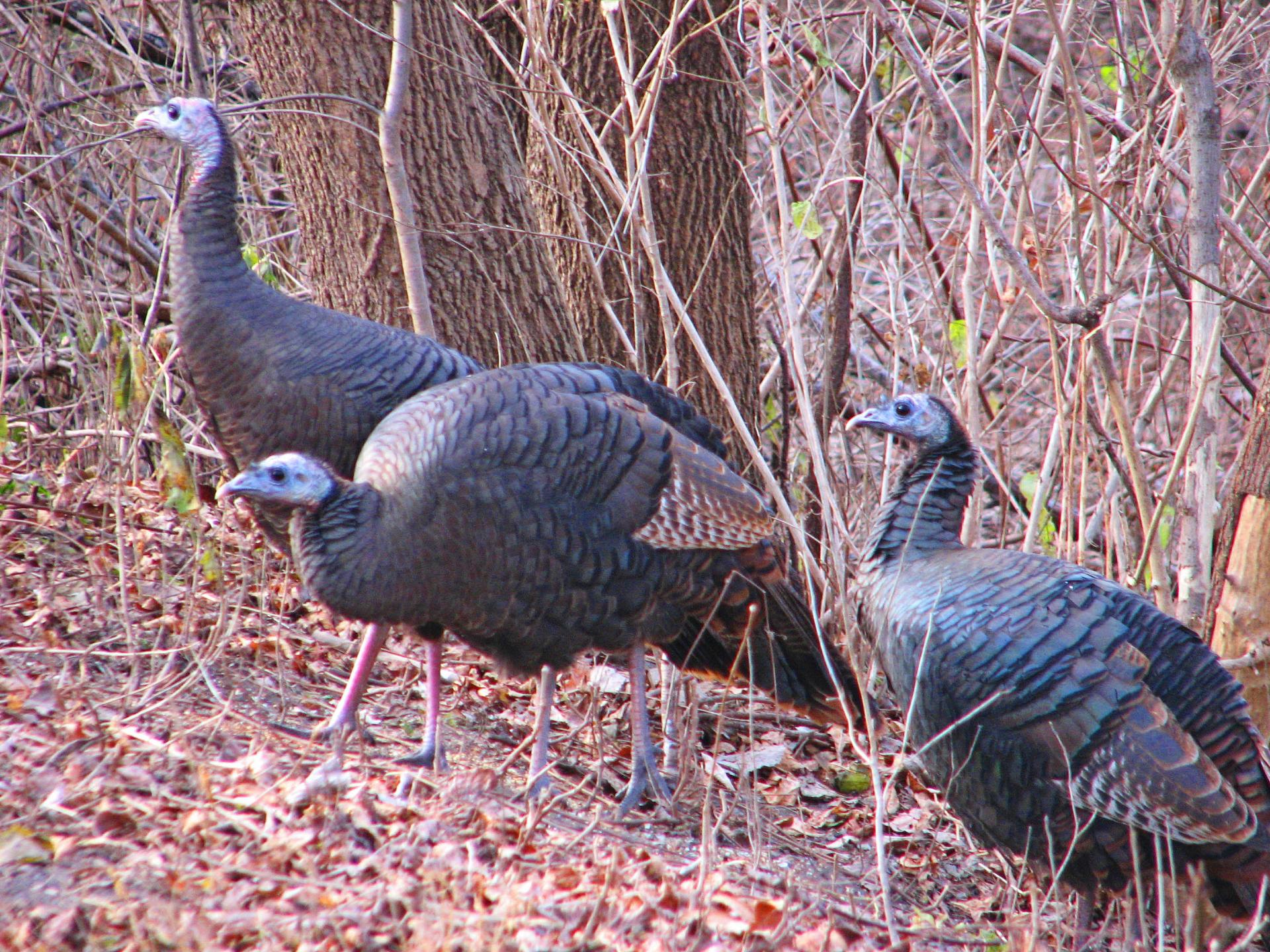 Must-know setup for arrowing a turkey

Many turkey hunters have told me, “If a turkey could sniff you, you’d never kill one.” Despite virtually having no sense of smell, a spring hunt for North America’s largest, most elusive game bird is no doubt challenging and with archery equipment, even more so. As with any species you hunt with an arrow, getting close requires intricate knowledge of your quarry. Knowing where, when and why they strut their stuff will give you the knowledge necessary to get in close enough to arrow one. Tactics like calling from a hunting blind with decoys setup nearby will increase your chances of success.

Pre-season scouting for multiple hunting areas a few square kilometres in size will greatly increase your chances come opening day. Again, turkeys are just like any other game species, they require: food, cover and water. Roosting trees near food sources are prime habitat you want to seek out.

Drive the roads at dusk and dawn and look for birds and roosting habitat near food sources. Wild turkeys roost nightly in large mature trees, such as old fir trees or hardwoods with big open branches.

After spotting birds or confirming the location of healthy flocks from local residents, walk in for a closer look. Seek feathers, scat, scratch marks in the ground (foraging for food) and dust bowls (used to clean feathers). Scat will resemble green ‘cheetos’ and can have a ‘J’ shaped hook at one end. Tracks and peck marks in the ground will indicate feeding areas. Short feathers found on the ground in areas littered with tracks, is likely a strutting ground where males have recently tussled. The transition routes between feeding and roosting will always be the path of least resistance, so look for old roads or survey lines, fences, trails along creeks or valleys and high forest ridge tops. Finding key areas like this is crucial to setting up action-packed hunts.

Turkeys have keen senses and fabled intelligence, but for once, bowhunters can ignore the wind as turkeys don’t have nearly the sense of smell that whitetail deer have. With 270 degree vision and excellent hearing, hunters must remain absolutely still and quiet at all times, even when preparing to shoot.

Since crossbows are pre-drawn, loaded and released by a mechanical trigger requiring only finger movement (like that of a shotgun), leaning up against a tree or concealing yourself along a field edge used for feeding or struting will present shooting opportunities, assuming your head-to-toe camoflauge blends nicely.

Given that you’ve found an area that holds turkeys by either seeing or hearing them, you’ll now want to setup your ambush between the feeding and roosting areas and close to some strutting ground (if any).

If using a blind, set it up with one shooting lane out from it. Clean the ground from twigs, leaves and any debris that could make noise. Many of today’s commercially available blinds allow you to open windows on all sides, essentially flooding the blind with light – you do not want to do this. Instead, you’ll want to wear dark clothing, sit back in the blind (hidden from any light), remain still and simply look ahead into your shooting lane while listening attentively.

Arrow paths must be unobstructed.

Decoys are a popular tactic to coax birds in close for a shot. Just visit any Cabela’s store to see the wide range of manufacturers,options and configurations available before selecting what will enhance your tactics. Set up a hen or a combination hen and jake (immature male) decoy combination in your shooting lane five to twenty metres out from your blind. Decoys should be used in conjunction with turkey sounds to attract toms from afar, but have the decoy seal his fate once he identifies it in close. No fancy calling is required during late April or early Mat as toms (breeding mature male) will be seeking hens to mount and breed during the rut, so learning a few basic hen calls will suffice to get you started. Hens cluck, yelp and purr. Clucks are used to get the attention of other birds. Purrs are calming low soft sounds used in close to keep in touch with the flock while feeding. A yelp is the basic hen turkey sound she makes to call a mate, so perfect a few varieties of this one (excited, needy, basic) and you’ll have a chance to call in a tom. A slate call is best for reach and broadcasting a needy hen. Once in close, switching to diaphragm reed calls will help keep you from moving but gives you the greatest flexibility of sounds. It’s no different from calling other game species – do what they are doing and practice before you head afield. Many mornings, several turkeys will be calling throughout the woods, other times, the birds will be silent, known as ‘shut mouth’ and you won’t hear a thing. If you hear a tom gobble, answer back with a hen call and try to have him come towards you because with archery, that’s usually your best odds of success. Don’t overcall, especially if something is coming – sit tight and wait. A good rule of thumb is to do ten times more listening than calling.

There are times when birds hang up. Either the distance is just too great or they’re not willing to travel through some obstructions or they’re demanding the hen to come his way. This is a tough situation for an archery hunter, but going towards the tom will progress the opportunity, but you’ll have to get within his comfort zone and setup and call again. If you have a portable blind, quietly pack it up and setup closer.

Blinds and decoys are a deadly combination.

Ambushing birds without calling is possible, but you’ll need precise locations of roosting and feeding grounds. This tactic is excellent for crossbow hunters that setup before first light. Get as close as possible to the roosting trees silently and wait for the birds to fly down and start working their way towards a morning feed. If you don’t catch any at first light, you’ll have another chance when the turkeys return to cover after feeding. This time, simply setup on paths of least resistance from the feeding grounds (prefferably with tracks). Regardless, because you won’t have a blind, you’ll need to blend into your surroundings, remain perfectly still and become invisible.

Hunt during the last week of April when the peak of the rut occurs. Toms will travel (quickly and efficiently) upwards of a few kilometres to investigate lonely hens seeking attention.

Sounds like the grunt of a bull moose and the neck hair raising effect of a bull elk bugle are what hunters seek every fall. The spring strut of a turkey gives bowhunters the opportunity to another rut hunt where calling in these large elusive smart birds into bow range for a shot is both challenging and exciting. With their radar like eyesight, arrowing turkeys offers the ultimate. Calling from a concealed location with a decoy setup close-by will offer the greatest chance of success for crossbow hunters. Successful or not, it’s very addicting once you hear the gobble of a mature tom headed your way.