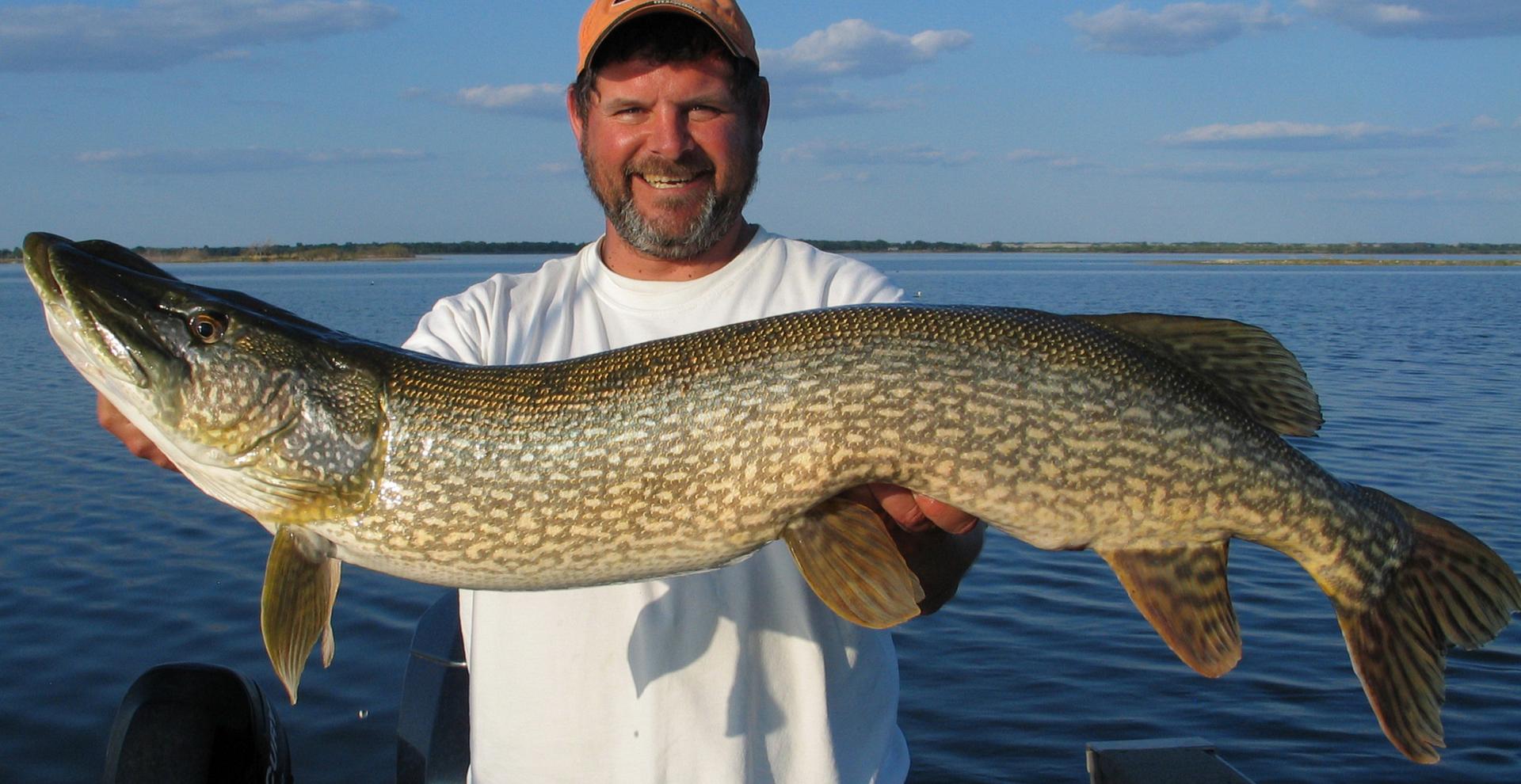 Wow, to say that last week’s blog with good friend and Saskatchewan fisheries biologist, Jeff Matity (above), raised a lot of eyebrows is an understatement. Many anglers, it seems, were as fascinated as I was to read about the many northern pike myths that Matity blew out of the water.

Especially, the fairy tale about how the scent from the northern pike that you just caught might linger on your lure and deter other fish—walleye, bass, yellow perch and trout—from biting it.

I promised bigger and better things in Part 2 this week, so let’s get right into it, starting with Matity’s marvellous evolutionary arms race.

“If anglers ever studied the evolutionary arms race between predator and prey,” Matity chuckles, “they would see that it is flipped in favour of the prey. The beauty about a small 4-, 5- or 6-inch pike is that it is no different than a ciscoe. It is soft-skinned, high protein and goes down a walleye’s throat easier than a ciscoe. It is a beautiful meal.

“In addition, yellow perch would be at a huge disadvantage if they didn’t take the opportunity to eat as many small pike as they could. Especially, when the small pike are sharing the same weedy habitat.

“It is the way the evolutionary arms race works. I am a perch and I am going to eat pike for my whole life. And do you know what? I am probably going to get eaten by a pike one day.  That is just the way it works, man. Those pike don’t live down there for free. Can you imagine a walleye cruising along the edge of a weedbed and seeing this little green thing.  It moves in on it, gets a little closer and then, whoops it’s gone. That is how it goes in the fish world.”

What I find particularly intriguing listening to Matity talk about the predator-prey arms race, and I quickly mention it to him, is the fact that the number one fish that I have found over the years, sticking out the throat of a big pike that I’ve just caught is another smaller northern pike.

“There is huge risk for any species in cannibalism,” Matity tells me, “because it is a direct and very dangerous vector of disease. If people ate other people, and you ate someone with tuberculosis, you’re probably going to get it.

“When it comes to the biggest fish, however, it has survived this risky behaviour for its entire life. So, it has been exposed to every single vector of disease through cannibalism and survived. So it is immune.”

“What this means, then, is that once a pike gets into the 20-pound class, it can convert the tissue from conspecifics (a member of the same species) so much more efficiently.  So the big pike can covert other pike flesh better than eating suckers, lake trout, ciscoes, walleyes, yellow perch or anything else. Once its body pulls apart the flesh, the protein building blocks just fit. So it is better when you’re a big pike to be a cannibal. They do beautifully once they’re cannibals. Oh, and by the way, the very same principle applies to lake trout, walleyes and just about every other species of fish. Mother Nature is brilliant.  God is good, but Mother Nature is brilliant.”

If you get the feeling that Matity is passionate and enchanted by big northern pike, you’re right. The science intrigues him and he is forever looking for ways to use it to help him catch big fish.

“Pike are environmental chameleons,” says Matity.  “I think they’re the most successful freshwater game fish on the planet. They have a shallow water lifestyle until they mature.  Then they split their time between shallow and deep water habitats. When they become King Kongs, if the environment and food chain is perfect enough to produce a 20- or 30-pound pike, they’re basically just like lake trout, but with the ability to go shallow to feed. I don’t think a lake trout could spend 20 minutes in 70 F water without freaking out.

“Pike pay their dues like everybody else when they’re small. Dyticus water beetles probably wipe out more of them than anything. Then they graduate to being food for fathead minnows, yellow perch and walleyes. That 30-pound pike has paid her dues.  She doesn’t deserve to get whacked on the head.

“When you see a little 4- to 6-inch long pike swimming around the boat launch, sitting in the weeds, just below the surface, it is an easy target. It doesn’t have a friggin’ prayer if there is a bigger fish looking up at it. But we need a lean population of pike in order to get big ones. If we have an over-abundance of pike, we end up with a stunted population. So it’s good that everything eats them. Mother Nature is willing to give up 99.97 per cent of them in any given year, so long as the big mature fish are there. The life of a pike is a double edged sword and it swings both ways.”

Amen to that brother Matity, amen.