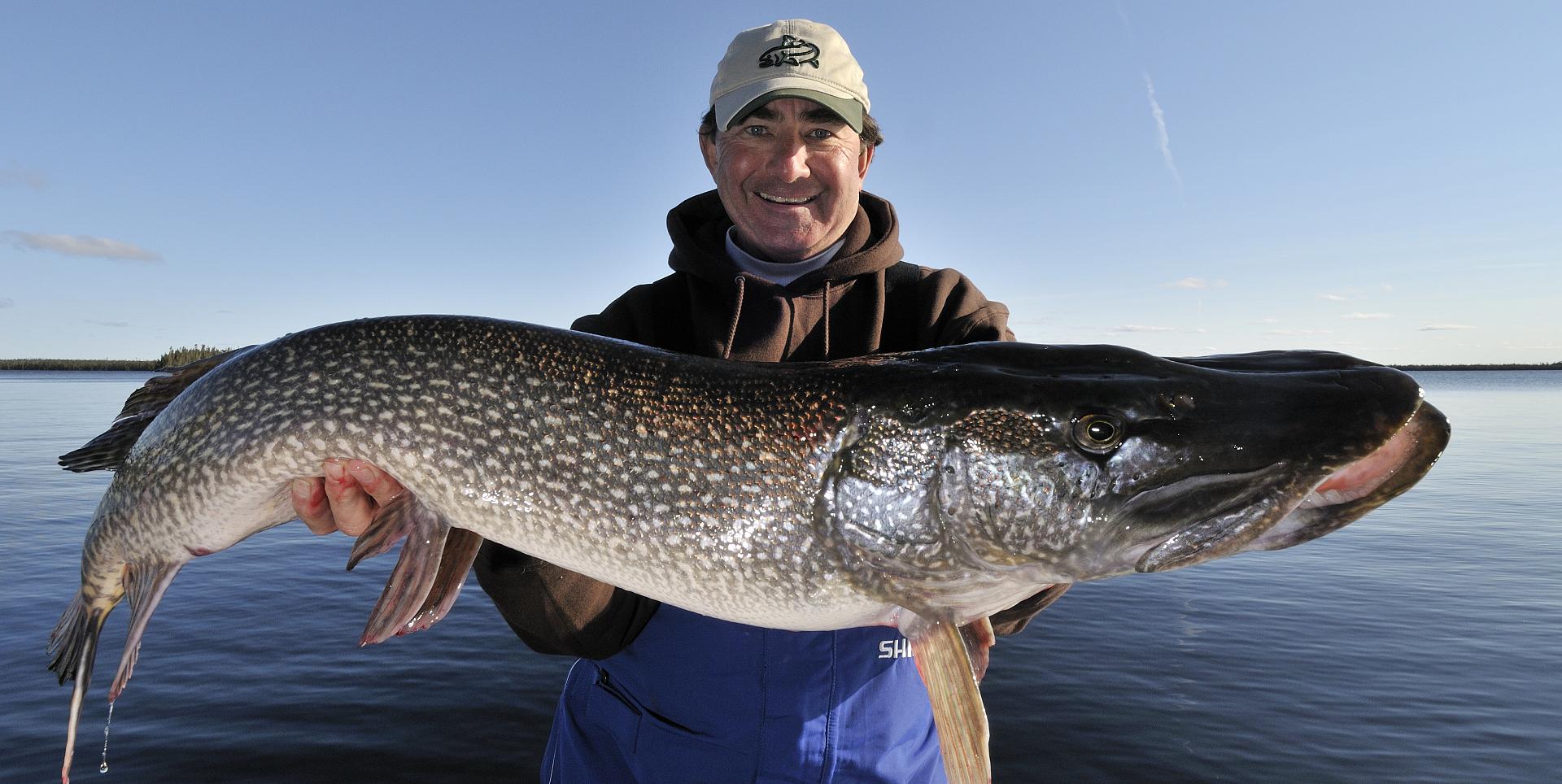 Talk to almost any angler who catches a northern pike while fishing for walleye, lake trout, yellow perch, black crappie or bass and they’ll tell you to carefully wash your hands and lure in soapy water to remove the negative scent of the big toothy predator.

“If I could bottle the stuff I would,” says Matity, who is the biologist in charge of Saskatchewan’s Fort Qu’Appelle Fish Hatchery. In fact, are you ready for this: Matity says he favours tipping his jigs and spoons with a thin strip of pike meat that he carefully carves from the belly of a small fish he has eaten at shore lunch.

I know what you’re thinking: what about all the noise we’ve heard for years about the scent of pike deterring fish from biting?

“The planet would be overrun with pike,” Matity chuckles, “if it wasn’t for the fact that everything loves to eat them. Fish never become conditioned or turned off to the flavour of pike. If a walleye, perch or bass is eating pike fry and fingerlings from the time they’re five or six inches long, why wouldn’t they keep eating them forever?”

But doesn’t a big pike cruising along the edge of a weedline put other fish on guard?

“When a big pike is moving around, flexing his jaws and giving everybody the evil eye,” says Matity, “Yah, that is when the hair goes up on the backs of their necks and they probably hunker down.

“But I’ve studied them in the aquarium at the Fish Behavioural Lab at the University of Saskatchewan and there are many times when the fathead minnows are lying right beside the pike. When the pike are laying on the bottom, in a non-assuming position, just sitting there breathing, probably dreaming, the minnows are lying beside them and eating. But when that same pike wakes up and starts cruising the mid-depth, flexing his jaws, the minnows go on alert.”

So, it is as much or more of a visual clue, I suggest to Matity, as it is a scent-related one.

“As soon as that northern pike eats any of the minnows,” Matity says, “he breaks the alarm system cells on the minnow’s mucus layer. He doesn’t even have to break the skin or remove a scale and every minnow in the tank knows that something is going down.

“And as soon as that pike digests the minnow, he does his best to go to the very far corner of the aquarium to defecate. In the wild, he doesn’t defecate in the area where he hunts.  It is called localized defecation. It is proven. It is science.

“In the spring, you can go into a bay and see pike (and muskie) poop everywhere. The pike aren’t in these super shallow bays because they’re eating. They’re in the bays because they’re digesting. So, they’re going out into ten feet of water off the main lake point to eat ciscoes, burbot and whatever else, and then they’re coming back into the shallows to digest.”

Listening to Matity talk about the elaborate relationship between northern pike and their prey, and in the process quashing so many myths about the big toothy critters is so fascinating I hardly know what to ask him next. I settle on the unique odour that you can smell when you catch a pike. Can’t the walleye, trout, perch and bass identify it as well?

“Sure they can,” he says. “The minnows know that that thing coming towards them smells like it has been eating minnows, but its non-assuming and it is not a threat.  We know that pike are ambush predators, although at any given time they might jump you, so they have to be giving off that S-curve body shape. There is an awful lot of body language going on that the other fish—the prey—have  learned to identify.”

Which brings us to a hitherto secret that Matity, who is a renowned big-fish specialist, really doesn’t want to tell me. It is the fact he loves tipping his lures with a strip of meat that he slices from the belly of a pike. He not only doesn’t believe the odour deters or scares away walleye, trout, perch or bass, he believes it attracts and triggers them to bite.

“Remember,” he says, “the strip I use is only about the size of your ring finger. So, to put it into anthropomorphic terms, a walleye, perch or lake trout smells it and thinks, “that little rotten bugger has been eating my kin, but he is small enough for me to eat.”

“A 10- or 12-inch perch or big walleye isn’t intimidated by a finger-size pike that is giving off blood and body fluids and looking injured on the end of a jig. My brother Jason and I have caught some of our biggest walleyes along the deep edge of cabbage beds using pike belly strips for bait. We’ve had many 100-walleye and perch days here on the Qu’Appelle system tipping our jigs with pike belly. We use it, too, when we jig in deep water for lake trout.”

Be sure to read Part Two of my exclusive interview with Jeff Matity, in which he elaborates on the “evolutionary arms race,” and explains why so many fish are attracted and triggered to bite your lure when it smells like a northern pike.  Trust me—you don’t want to miss it.