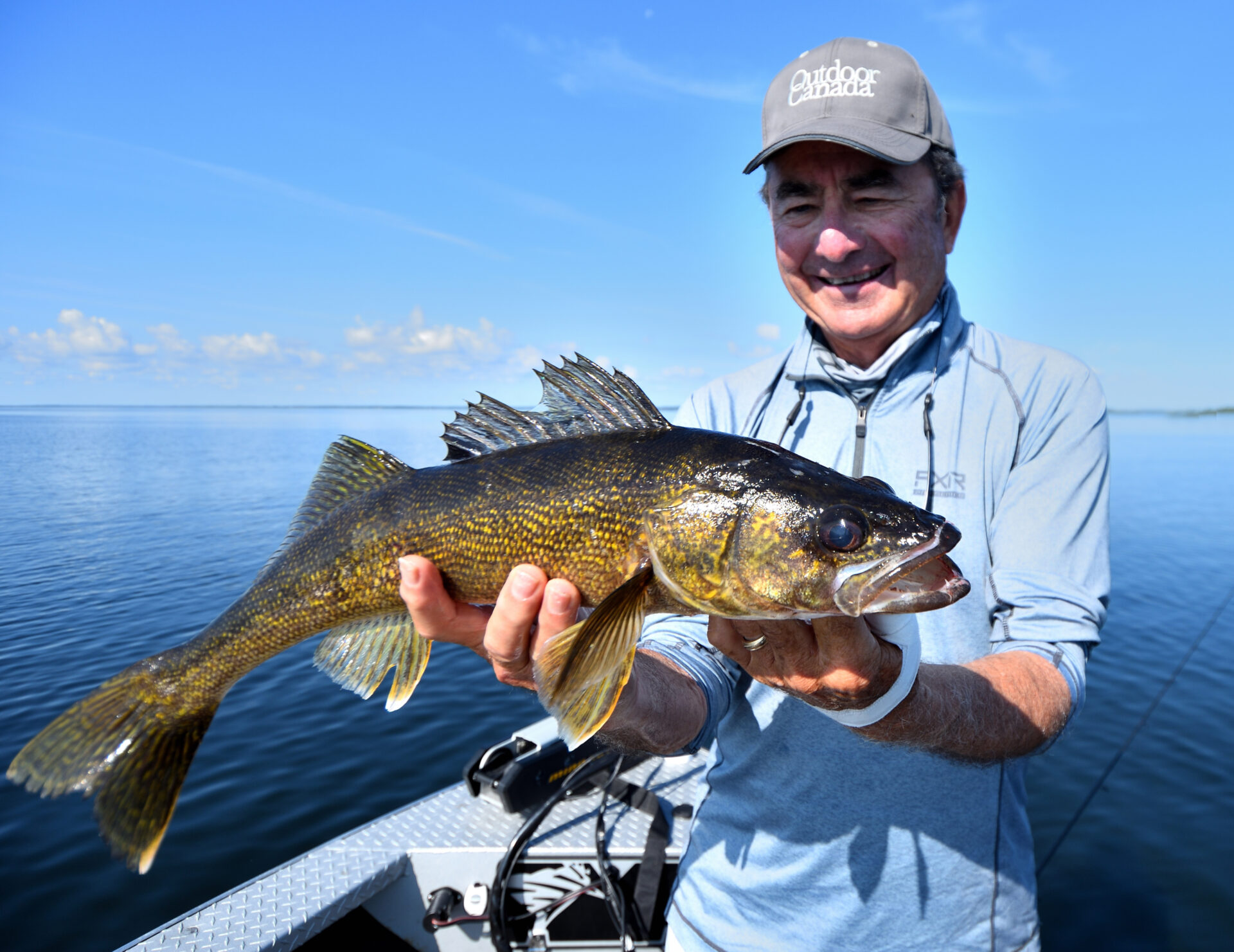 Finesse fishing works, but not as well as burning your baits

It is a difficult concept for many anglers to accept but you can over-finesse the fish. In other words, you can waste time using ultra-slow, super-stealthy baits to catch walleye, bass, northern pike and panfish. Even many anglers—heaven forbid—make the mistake of using live bait when artificial lures would actually help you catch more and bigger fish.

My grandson Liam is the personification of a young power angler. If he can catch anything throwing a fast moving, head-banging, aggressively wobbling crankbait, blade bait, snap jig or surface lure, you can bet that’s what he’s going to be throwing. It’s not that he doesn’t like pitching out Ned Rigs and slowly retrieving fluff on a long, light rod, but if he doesn’t have to in order to catch fish, you can bet he won’t.

So, when buddy Jason Matity of Matity’s Get Fishing came for a visit recently, we loaded up the boat with all the heavy artillery. It’s worth noting, too, that when we picked up Jason at the Tourism Bureau on the shore of Lake of the Woods, in Kenora at 8:30 in the morning, we were squarely sitting under a heat dome. The sky was blue, there wasn’t even a hint of a breeze, the lake was as flat as a pancake and the forecast high for the day was 30°C.  It felt like we were in a glass-covered baking dish, and the oven was set on high. The perfect conditions for walleye fishing, right? Not!

As a matter of fact, most walleye anglers would have taken one step out the front door, squinted at the sun and predicted that the bite was going to be horrible. Then they’d have hightailed it to the nearest bait shop to pick up a couple of dozen minnows, leeches or crawlers with which to drown their sorrows. But, with the exception of getting some leeches a couple of weeks ago to put under the slip bobber rods of my granddaughter Kiera and her friend, Harmony, I couldn’t tell you the last time I bought bait for walleyes. Two years ago? Five? Maybe it has been even longer. 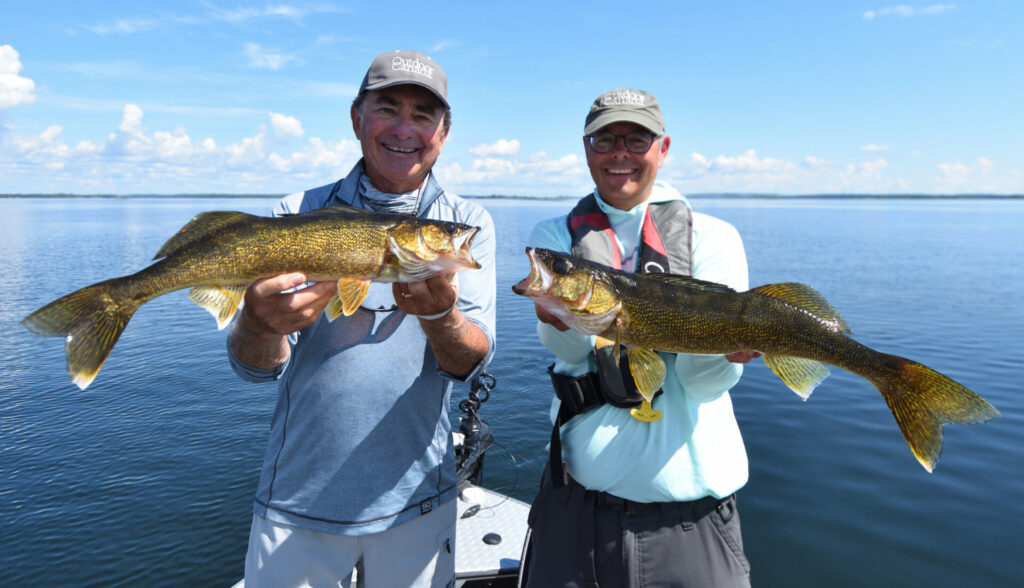 Long story short: Liam, Jason and I clubbed the walleyes, smallmouth bass and northern pike, by snapping W7 Jigging Raps and Jigging Shadow Raps, as well as swimming five- and six-inch soft-plastic paddletails pinned to 3/4- and 1-ounce jig heads. And we proved to ourselves once again—although no proof was needed—that a reflex reaction bite is typically better on tough days than trying to force the fish to feed. 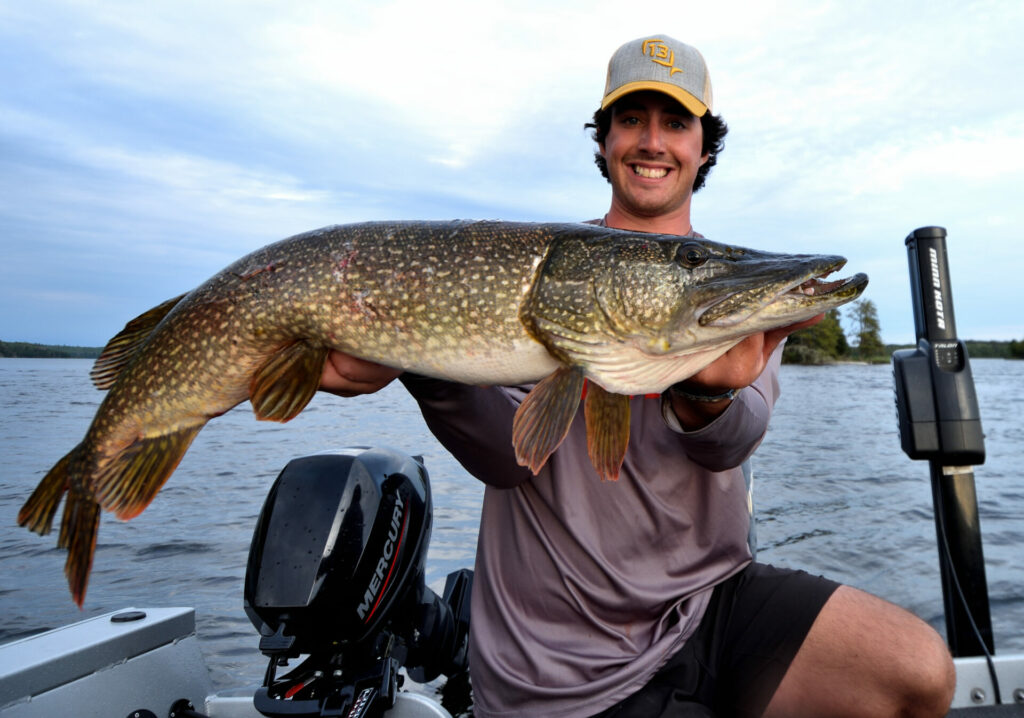 When we were out on the water, I was also telling the boys about the time I was practising for the Kenora Bass International, and was fishing my way down the side of a long narrow island.  Unbeknownst to me, good friends Al and James Linder were coming down the other side and we both suddenly popped into view when we reached the point. I couldn’t help but notice that Al, who was up front running the electric trolling motor, was casting a crankbait and reeling it faster—I mean at warp 3 speed—and ripping the tip of his rod, faster than anyone I have ever seen. After we exchanged greetings, the boys invited me to join them for dinner that evening. While we were eating, I said to Al, “When we met at the tip of that island this afternoon and you were ripping and reeling so quickly, did you do that for my benefit, to throw me off the game?”

Al laughed, as only Al can, and replied, “Nope, that is the way I fish a crankbait for smallmouth. If they don’t want to hit it, I’m not interested in them.”

Like I said, many days—in fact, most days—you will cover more water, and catch more and bigger fish using a fast-paced, aggressive presentation.  Lighten up, go slow and finesse them only when it’s absolutely necessary.