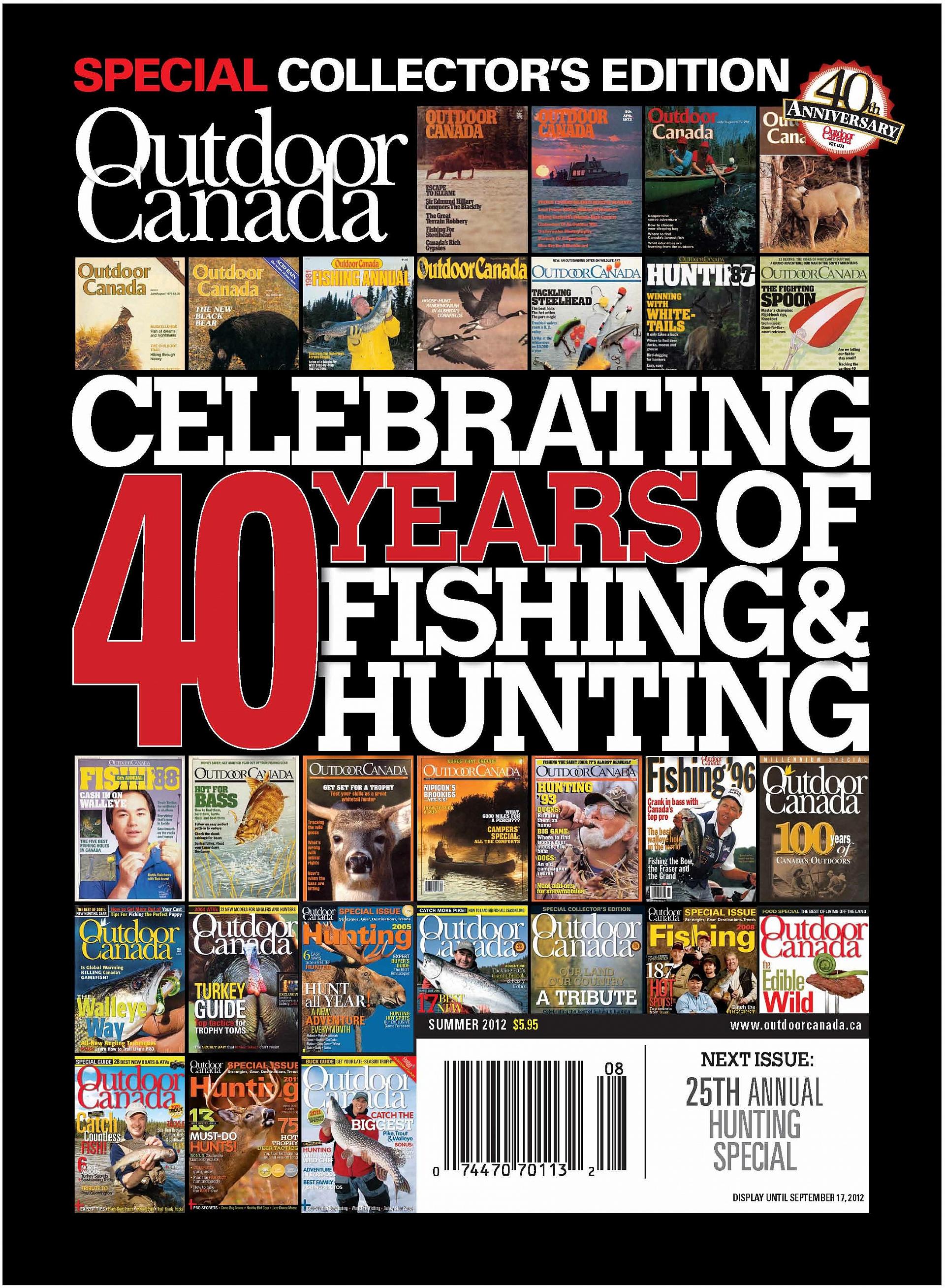 Congratulations to all of our nominated contributors and Field Editors, as well as to my talented editorial team: Art Director Sandra Cheung, Managing Editor Bob Sexton, Associate Editor Scott Gardner, Copy Editor Deanna Dority and former Associate Art Director Matt Filion. And a special doff of the toque goes to Fishing Editor Gord Pyzer and contributor Charles Wilkins, both of whom earned two shots at winning an award.

This year, the awards program entertained some 2,000 entries from across the country in 47 written, visual, integrated and special categories. Outdoor Canada’s nominations are as follows:

The winners will be announced June 7 during the annual gala ceremony at The Carlu in Toronto. Please cross some fingers for us!

I should also note that our sister publication, Cottage Life, is up for 10 awards, including the coveted Magazine of the Year title. Good luck, friends! For more information on the National Magazine Awards and a complete list of nominees, click here.