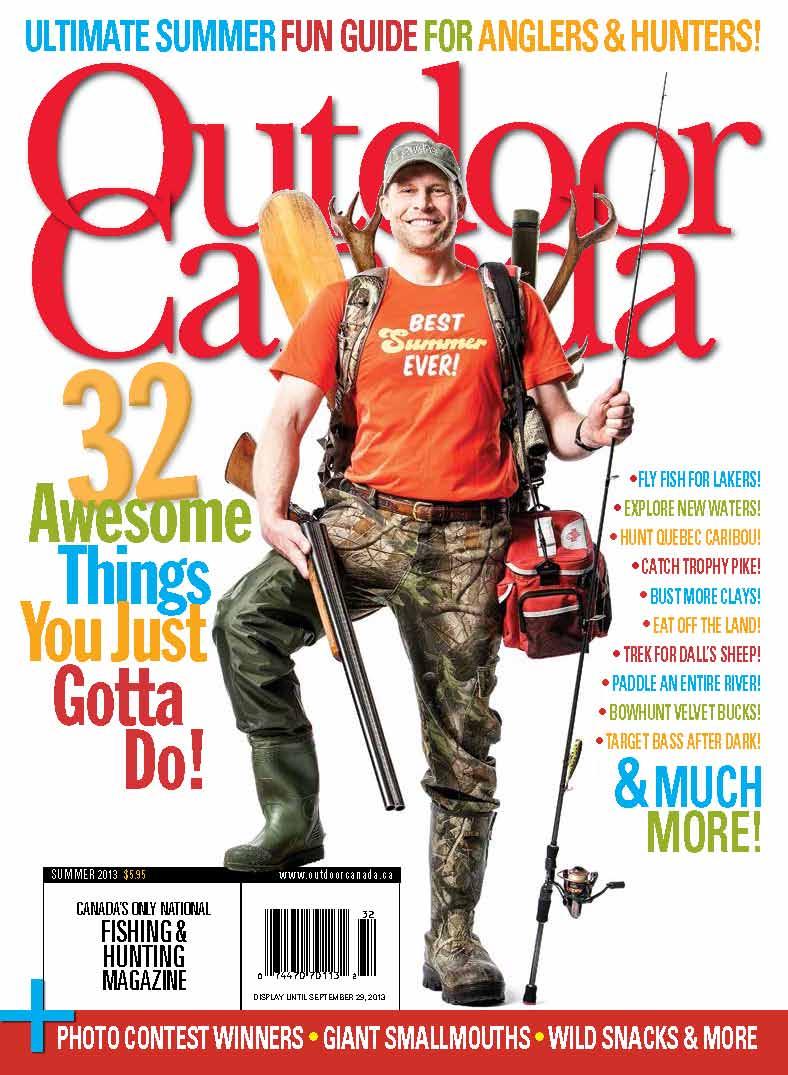 The CSME nomination was based on work appearing in our Summer (above), Hunting and Fall 2013 issues.
BlogsField Findings

Magazine awards season is upon us, and we at Outdoor Canada have earned yet another chance to add even more honours to our trophy case. The Canadian Society of Magazine Editors (CSME) has announced the shortlist of finalists for the 2014 Editors’ Choice Awards and—you got it—we made the cut!

Outdoor Canada, along with our sister magazine, Cottage Life, and Best Health are the three finalists for the Best Magazine award in the medium circulation category. It’s a great honour indeed just to be nominated. In fact, this is now the sixth time Outdoor Canada has been a finalist for this particular award, which we’ve won three times (in 2005, 2011 and 2012). For this year’s award, we entered our Summer, Hunting and Fall 2013 issues.

For the complete list of finalists for the 2014 Editors’ Choice Awards, click here. The winners will be announced June 4 at CSME’s annual awards banquet, held in conjunction with MagNet, the Canadian magazine industry’s annual conference.

And as previously reported in this space, Outdoor Canada has also been nominated for seven National Magazine Awards, while Cottage Life is up for 13 honours, including the big one: Magazine of the Year. Click here for details. Those prizes will be presented on June 6 at the annual awards gala at the Carlu in Toronto.

Congratulations to the entire family here at Cottage Life Media, and here’s to a great awards season.