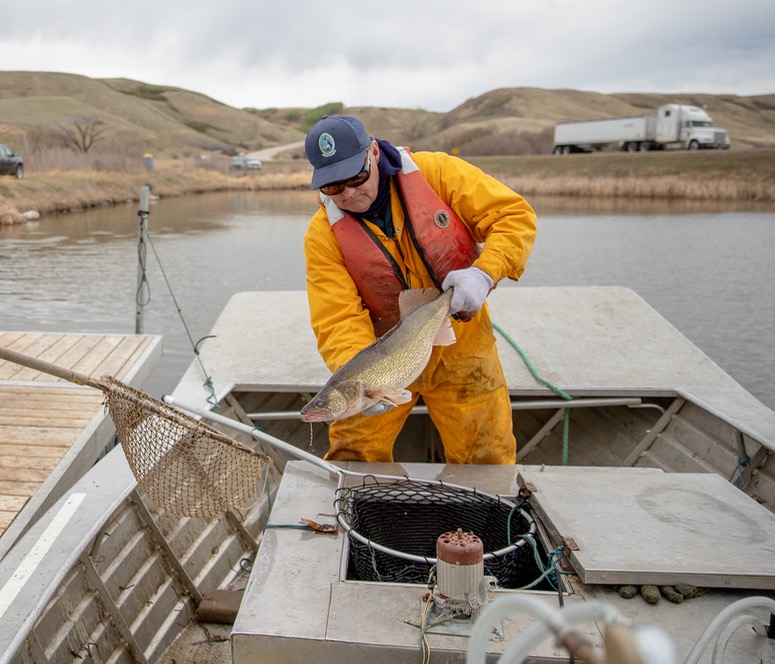 Funding is down, and stocking programs are on hold

The ongoing pandemic’s wide-reaching implications for conservation in Saskatchewan are many, and they’ll continue to be felt for years to come. So warns Darrell Crabbe, the executive director of the Saskatchewan Wildlife Federation (SWF).

For example, he expects there’s going to be a drastic decrease in funding for his organization’s conservation efforts. That’s because much of the SWF’s revenue comes from branch-run fundraising dinners and events, which had to be cancelled this spring due to COVID-19 restrictions. Crabbe estimates the SWF will miss out on roughly $400,000 in donations this year.

As well, many of the federation’s programs operate under a matching provincial government grant system, so the actual loss could be closer to $800,000. Fortunately, the SWF was able to host its annual convention in February before social distancing measures came into effect. This year, the regular convention contributions from branches totaled approximately $250,000, giving the federation financial stability for now.

Crabbe says there could also be considerable and lasting negative consequences for the province’s walleye fisheries, owing to the cancellation of its massive annual stocking program. In a typical year, staff from the SWF, Saskatchewan Fish Hatchery and Ministry of Environment gather at Buffalo Pound Lake for two weeks in mid-April to kick off the province’s only augmentation program for walleye. Last year, they collected almost 16 million walleye eggs, resulting in more than 10 million fry that were then hatched and distributed to 53 waterbodies across the province. That did not happen this spring.

Still, Crabbe remains optimistic about the future of the SWF’s programming. “We don’t want to sound like we’re whining, because everybody is in the same boat,” he says. “It’s going to be a challenge, that’s all.”