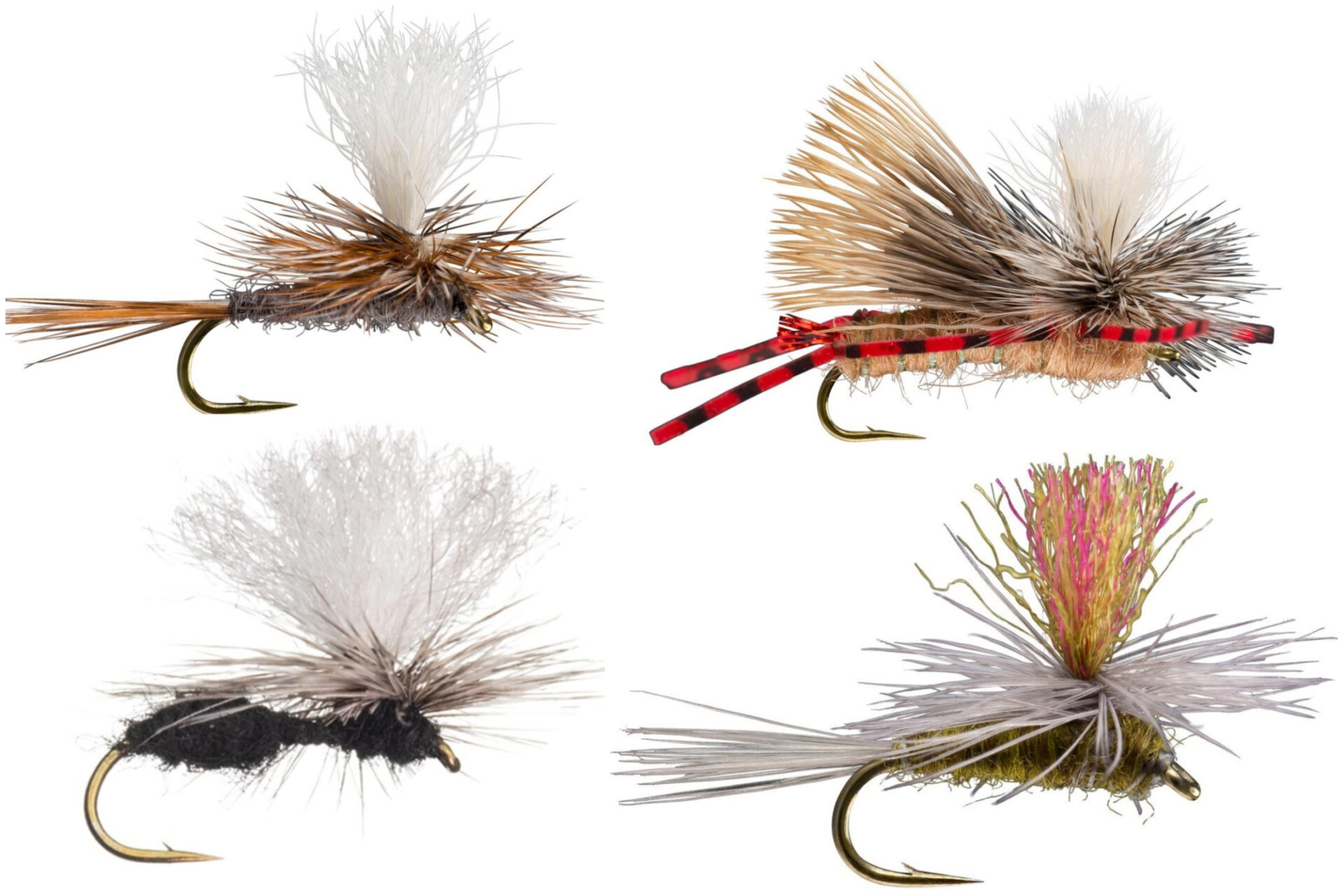 Tying parachute flies is easier than you think, thanks to these expert video tips

Once ignored, these unconventional dry flies are now a must-have all over North America

In “Dry revival,” in the Jan/Feb 2023 issue of Outdoor Canada, I wrote about the unexpected—but very welcome—resurgence of the parachute-style dry fly. Classic dry flies (above left) have a hackle feather wrapped around the hook shank. The barbules of the feather stick out horizontally, helping the fly float on top of the water. Parachute flies (above right) have the hackle feather wrapped horizontally, around a single sturdy wing. This keeps the fly afloat, but it sits lower than a traditional dry fly.

There are a lot of good reasons to fish parachute flies, but they have traditionally been considered quite difficult to tie. That’s no longer the case, thanks to improved materials, plus some excellent tying tricks. Below are two videos detailing the best methods I’ve found for tying parachute flies, one with the traditional calf-hair wing, and a second that employs polypropylene floating yarn and UV glue.

Parachute Adams with a Calf-Tail Wing

In The Riffle has one of the best, and most prolific YouTube fly-tying channels, showing real-time, no-nonsense fly tying. In this video, the parachute wing post is made with traditional calf tail, but the real trick is the clever order in which the materials are applied to make a tidy, sturdy and surprisingly easy parachute fly.

Parachute Cahill with a UV-Glued Wing and Hackle

My other go-to fly tying source is Tightline Video, where Tim Flagler makes exceptionally well-produced videos, that also feature some of the slickest fly-tying tricks I’ve ever seen. (His hacks for making tidy, bulletproof Woolly Buggers are life changing.)

Flagler’s parachute method, which is now my favourite, uses quick-setting UV glue to both secure the wing and to fasten the hackle. It’s unconventional, but also very clever. I suggest starting with a large fly first (like a size 8 or even a 6), so you have more room to work. Your first few will probably be pretty messy, but after you get the hang of it, they’re surprisingly straightforward to do. While this video shows a Light Cahill parachute fly, the wing-and-hackle method works on any parachute pattern. The wing part starts at about 4:15 of the video, which is where, in Flagler’s words “things get weird.”