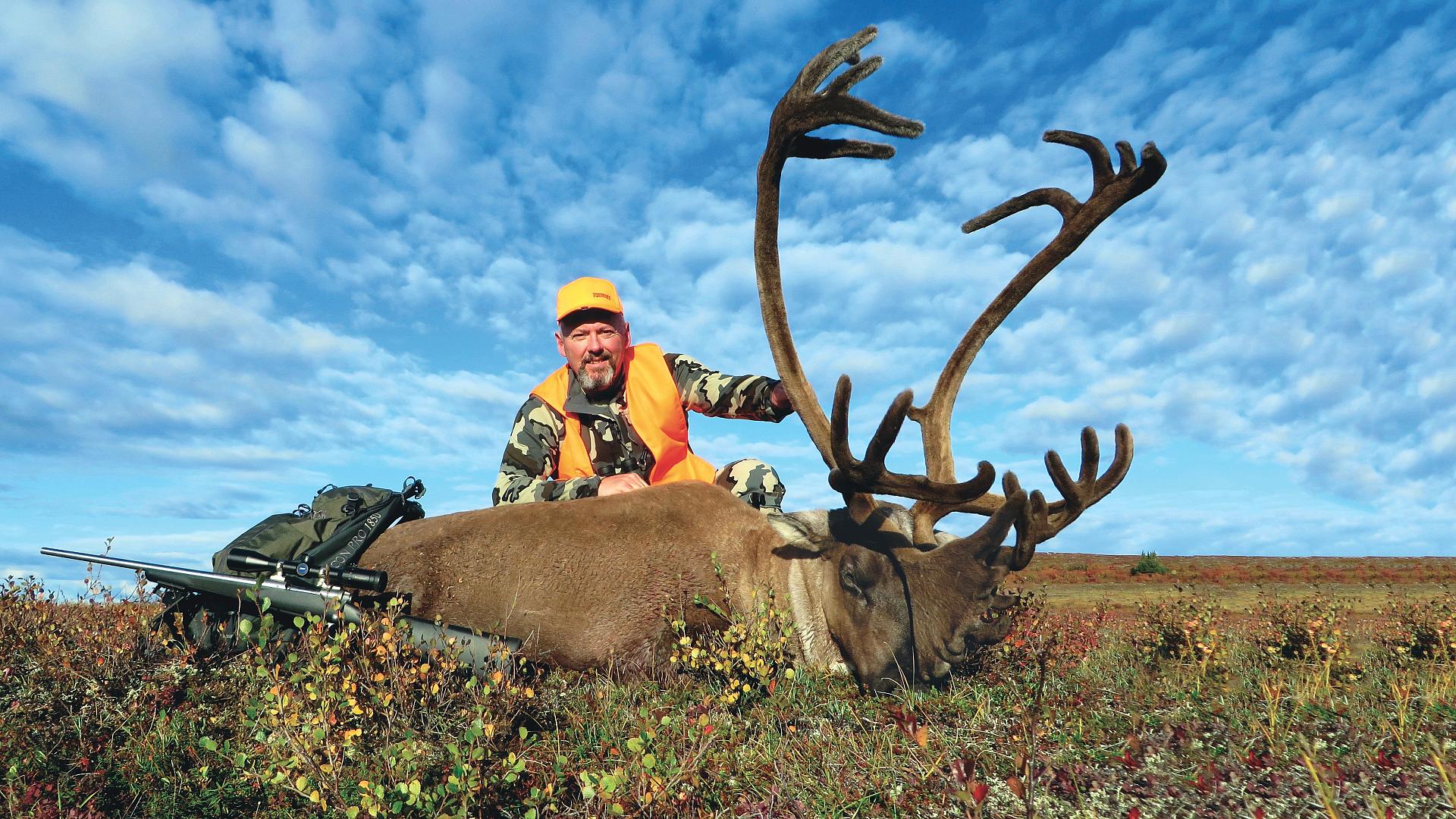 Hunting these animals in the Canadian Subarctic is typically accomplished using traditional spot-and-stalk tactics. Migrating caribou are nearly always on the move, so find a good vantage point such as a high hill to glass and judge incoming bands of animals. Keep in mind you probably won’t have a second chance at the same bulls—they’ll be in and out of your local hunting territory in a matter of hours, and never seen again.

Unlike savvy white-tailed bucks that know every rock and twig in their territory, these migrating caribou have likely never passed through the area you are hunting before. They will take whichever path of least resistance the land lays before them, provided it’s in the direction they want to travel. With that in mind, study maps and prominent land features in your hunting area to identify natural funnels that will concentrate caribou movement. Prime examples include land bridges between lakes, long north-south running eskers and narrow water crossings. These chokepoints are perfect spots to watch for bands of passing caribou. And they’re sure to keep coming, following the interdigital gland scent from earlier migrants.

Once you’ve identified a shooter bull, you must then close the distance for an ethical shot. First, study the band of animals he’s travelling with and try to determine what they’re going to do. Are they about to bed? Graze slowly in a certain direction or move quickly? Where will they be in about 20 minutes? All of this will dictate your approach.

Next, identify key terrain features you can use to stay hidden as you stalk in to intercept the bull. If the caribou are too far out or not headed your way, however, you may never get in range, so it’s better to wait for another opportunity rather than waste prime hunting hours. The secret is to efficiently negotiate the tundra faster than your quarry and get out in front of them, which isn’t always possible.

During the fall hunting season, the tundra is alive with various colours representing different types of vegetation and soil. You can use this to help guide your stalk. For example, low areas of green sedges, light brown dirt or yellow grasses indicate standing water and boot-sucking mud, which can handicap a quick, sneaky approach. Instead, stick to the high ground and follow ribbons of grey and black gravel. Crimson-coloured ridges of heath and willow also make for easy, dry walking—and hopefully lead the way to the end of a successful hunt.