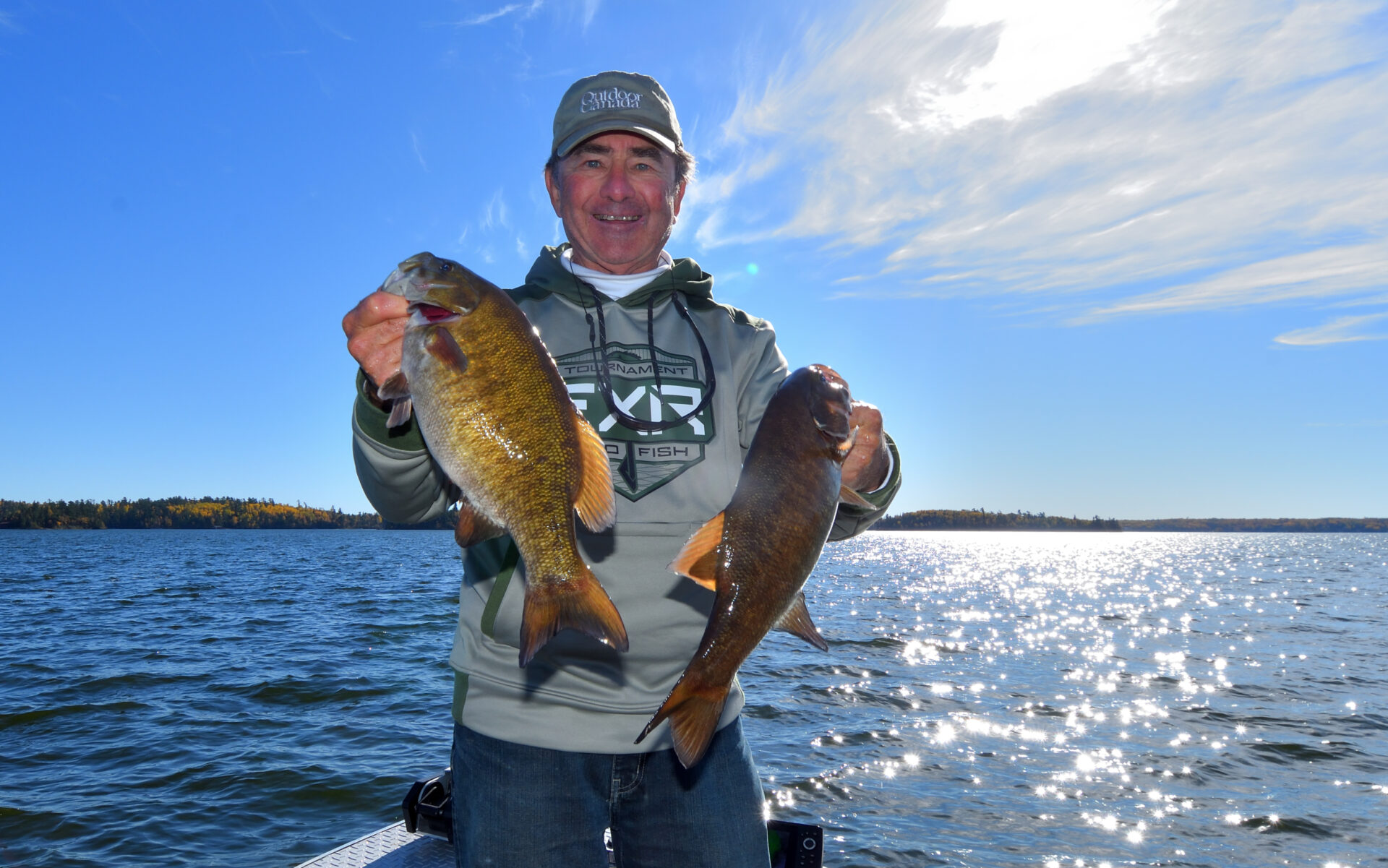 To catch tight-lipped fish, combine a soft-plastic paddle-tail with the right jig

I love throwing swimbaits for just about everything that swims, from black crappies and yellow perch, to lake trout and smallmouth bass, and northern pike and muskies. But I am especially keen on them for giant walleye. Fact of the matter is, I’ve duped more than 90-percent of the open water double digit walleye that I’ve caught over the years on soft plastic paddletails.  The lure style is one of the very few that is three dimensional in scope, with a body that rocks from side-to-side, while the tail flaps up and down. It is a deadly fish-catching combination.

But there is a way you can make swimbaits even better and that is to match the soft plastic dressing with an ultra-realistic looking jig head so that the final package looks amazingly natural. Indeed, for years I’ve been using unpainted weathered lead bullet heads—the oxidized dull grey colour is a killer—poured on long shank hooks and they work wonders. But why stop the ruse there?  I mean, why not compliment the smelt/ciscoe/shiner-like body with a similar realistic fish head? Indeed, why not?

I happened to mention this a while ago to friend, John Noel who has been enjoying stellar swimbait success for smallmouth bass in southern Ontario using Nishine Lure Work’s Smeltheads. John sent me up a couple of packages to put to the test and I was sold the minute I tied one on.  They look absolutely exquisite (below). In fact, when you add a soft plastic body to the head, it looks like it is going to jump out of your hand. 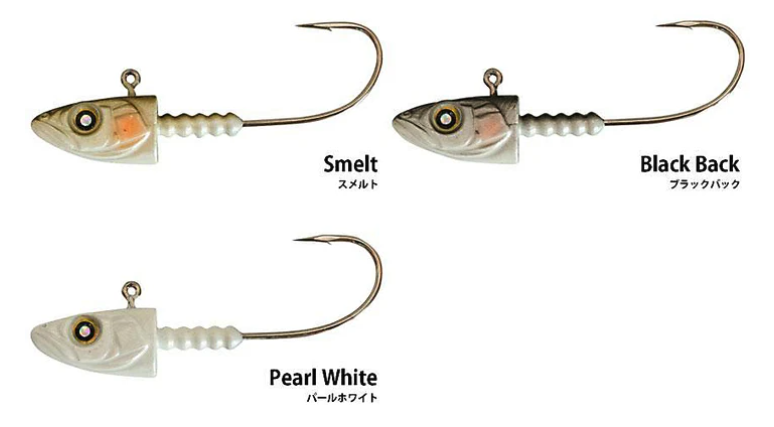 I first fished the combo for lake trout just before the season closed at the end of September and enjoyed the best late-season trout fishing in several years.  I was using the same swimbaits that I always use—the only difference was the Nishine Smelthead.  So I had to find out if was all just a fortuitous coincidence—a fluke, if you will—or the heads really made that much difference. 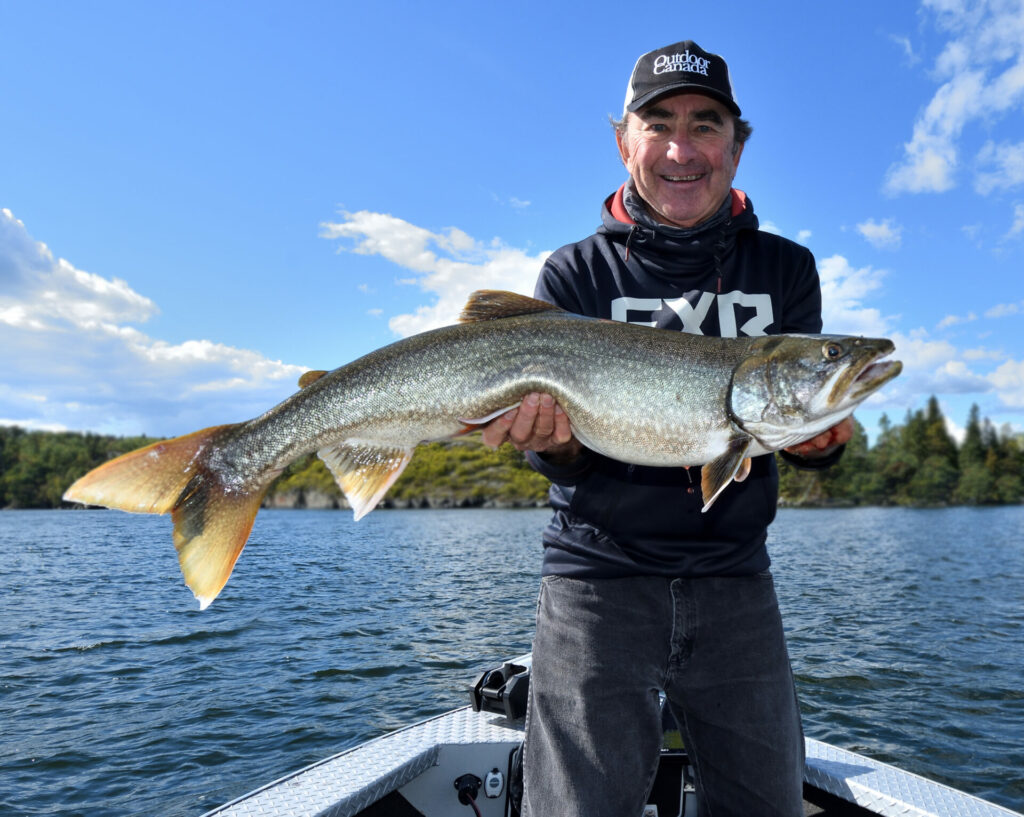 So I took them walleye fishing on four different days and clubbed the opal eyes each time. Not only that, but I slammed several big bonus northern pike that crush the swimbaits that I was throwing for the big perch. So, five test trips in and I am totally sold—these things are the real deal. 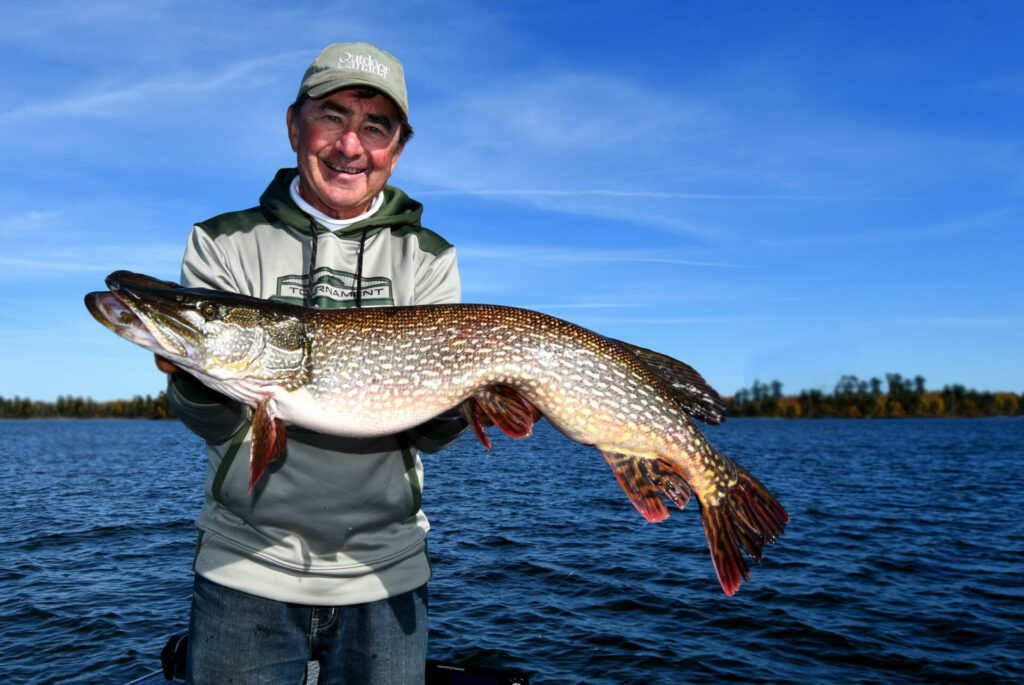 Gotta’ confess, too, that I am not a huge fan of the molded lead bait keepers on most jig hooks. Especially, the bigger, heavier ones that I find rip the soft plastic when you skewer on the baits, so I normally use a pair of cutters and remove them completely. It makes it so much easier to rig a swimbait perfectly straight and when you squeeze a drop of super glue onto the hook shank, as well as behind the head of the jig, the plastic is there to stay. Even after you land six, eight or ten big Waldos.  But I didn’t take it off the Nishine Smelthead when I fished them and found the plastics stayed in place.

The Smeltheads come in three colour patterns:  Smelt, Black and White, and Pearl and four weights: 1/8,  2/7,  3/7 and  5/8-ounce. I wish they also offered 3/4- and 1-ounce versions that I rely on for aggressive, bull-in-a-China-shop presentations. I’ve got my fingers crossed that they will someday.

In the meantime, however, never forget that soft plastic swimbaits are one of the most life-like, realistic looking lure styles you can use to catch tight-lipped finicky fish.  When you team them up with the Nishine Smeltheads, they’re drop-dead gorgeous and oh, so effective.