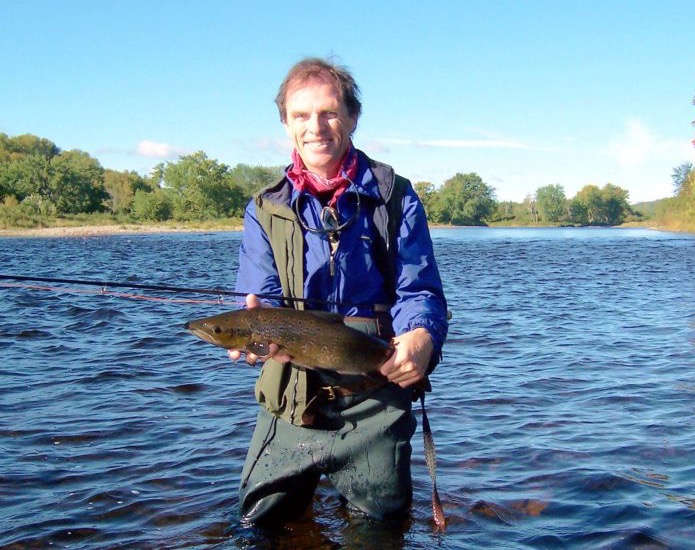 Farewell to a gifted storyteller, keen outdoorsman and fine friend

Nobody loved planet earth more than Jake MacDonald, who wrote gracefully, dramatically, and with grand good humour, about the great outdoors; who wrote often for this magazine; and who died at age 70 in an accident on January 30, 2020, in Puerto Vallarta, Mexico. The celebrated Manitoba storyteller took a transcendent pleasure in some of Canada’s most legendary landscapes, including the Pacific coast, where he fished for chinook and steelhead; the lands and waters of the Far North, where he shot ptarmigan and fished for char; and the Manitoba prairie, where from the age of 12 he hunted ducks, geese and whitetails.

But of all the places that defined Jake’s life and writing, none was more powerful for him than the raw, sometimes gothic, geography of Northwestern Ontario: the lakes, the granite, the spruce forest and, most of all, the wildlife.

I was Jake’s close friend for more than 40 years, both in the writing game and in the outdoors. He said to me once, “To tell a good story, you’ve gotta get inside your characters’ heads, and tell your reader the richest truths you find there.” He was talking about fishermen, hunters, conservation officers, lodge owners, Indigenous guides, good ol’ boys, and what he once called “the women who fish with them and love them.” But he was also talking about muskies and bald eagles and hunting dogs. He sometimes told his stories from their point of view. One of Jake’s best early pieces of fiction, entitled Becoming, was about a man morphing gradually into a giant walleye. He sometimes said the story was autobiographical.

As much as anybody, Jake knew what it meant to be alive. And he had the skills and passion to share that knowledge with us all—in story after story

The last I heard from Jake was an e-mail from Mexico, sent two days before he died. “Every day at about 5 o’clock, I walk up the beach to a rocky outcrop, and fish in the ocean for an hour while the sun goes down,” he wrote. “The fishing isn’t great, but you catch something now and then. Meanwhile, it’s a lovely and satisfying rhythm to be standing knee deep in the surf, casting endlessly into the oncoming rollers, and thinking about what it means to be alive.”

As much as anybody, Jake knew what it meant to be alive. And he had the skills and passion to share that knowledge with us all—in story after story. And we are so much richer for what he shared.