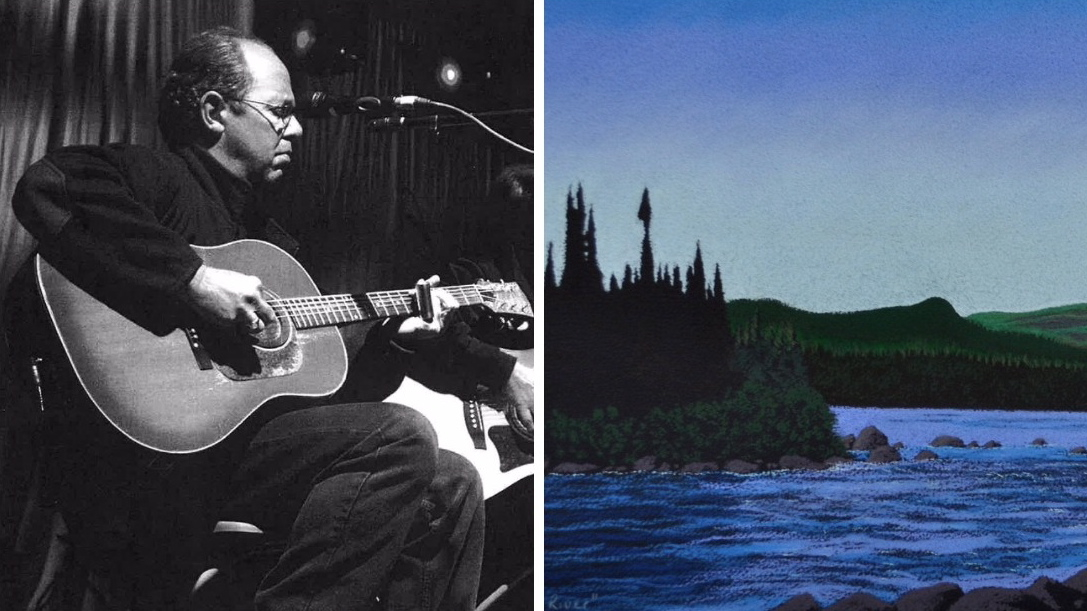 Goudie chases Atlantic salmon, char and sea-run trout all across Newfoundland and Labrador

A mainstay of the East Coast blues scene, Scott Goudie of St. John’s, Newfoundland and Labrador, specializes in acoustic slide guitar. He honed his craft during a year in Alabama in the early 1970s, studying with Johnny Shines, a contemporary of the legendary Robert Johnson. Later in the 1970s and into the ’80s, Goudie criss-crossed Canada playing music, while also making a name for himself as a painter. His forté is landscapes, including the wilderness rivers he fishes (above, his painting Upper Flowers River); his work now hangs in both fine art galleries and fishing lodges. Fellow angler-guitarist Amos Garrett calls Goudie “a master-class salmon fly-fisher,” and these hot spots show it.

WHY: Best river in the world!

WHY: Huge salmon, lots of char in the upper pool

WHY: Scenic river, and easy to wade