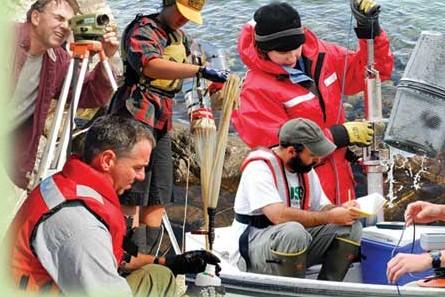 Shutting down the ELA

When Ottawa announced it was abandoning the 44-year-old Experimental Lakes Area last April, a storm of protest erupted across Canada and around the globe. After all, the world-renowned freshwater research facility in northwestern Ontario has long been at the forefront of studying the effects of pollution on freshwater ecosystems—and saving countless fisheries in the process.

There is simply no other facility in Canada capable of conducting the large-scale ecosystem experiments needed to direct fisheries management policies. And the decision to close the ELA comes at a time when current and planned projects are urgently needed to ensure Canada has freshwater policies firmly grounded in science. Anglers, for one, should be rightfully up in arms.

Certainly, the ELA’s track record of identifying and stopping freshwater pollution is nothing short of impressive. The facility’s first success was to show that phosphorus was the culprit behind fish-killing algal blooms on Lakes Ontario and Erie, among other waterbodies. As a result, phosphorous detergents were banned, and most large sewage treatment plants started to remove phosphorus.

In 1976, acid rain was a widespread concern. A whole-lake experiment at the ELA showed that aquatic ecosystems were 10 times more sensitive to acidification than indicated by lab experiments. Based on these findings, most industrial countries now regulate acid rain-causing emissions to keep lakes at life-sustaining pH levels.

There have been many other important discoveries. In 1990, for example, scientists deduced that hydroelectric reservoirs were not the “good, clean power” envisioned by politicians of the day. Their findings? That decaying vegetation on flooded landscapes generated greenhouse gases. And in the mid-1990s, a three-year experiment revealed how chemicals from human sewage are causing rapid declines in fish populations. It also showed much more research is needed to guide policies on the dozens of powerful chemicals that enter our drinking water.

Then there’s mercury contamination due to fallout from burning fossil fuels and smelting ores, one of the largest threats to both freshwater and marine fisheries. Industries have argued that cutting mercury emissions will do little to correct the problem, but an ELA whole-lake experiment showed that cuts would lead to rapid declines in mercury in fish.

Of course, there are many other chemical and biological problems demanding the type of whole-ecosystem tests that only the ELA can conduct. Without such comprehensive experiments, expect to see scientifically flawed and unduly expensive fisheries management policies in the years ahead.

Ever since the ELA was established in 1968, meanwhile, several natural lakes and streams have been monitored on an ongoing basis, providing some of the best ecological insights into how the likes of climate change, forest fires and atmospheric pollutants affect our fresh waters over the long term. This is the longest such research in the world, and now it stands to end.

The ELA has also served as an important incubator for the scientific community, with many of its alumni now occupying some of the most prestigious positions in Canadian and U.S. universities. As well, the ELA’s record in graduate student training equals or surpasses that of many large universities, while several scientists who have worked at the facility have racked up an impressive record of national and international prizes in environmental sciences.

Ministers who say the ELA is no longer needed are either ignorant of the important science conducted by their own departments or they have a deliberate agenda to base environmental policy on propaganda, not science. Make no mistake—once the ELA is gone, the opportunity to study threats to our lakes and streams will be lost. Also lost will be one of the world’s most effective sites for training future ecologists. Most countries are proud to preserve what they do best, whether it is art, music or science. Is Canada to be an exception?

About the ELA: Comprising 58 small lakes and a clutch of buildings housing up to 50 researchers, the Experimental Lakes Area is the only place in the world where large-scale experiments on entire freshwater ecosystems are conducted. Based in northwestern Ontario’s bush country, some 50 kilometres east of Kenora, the ELA is operated by Fisheries and Oceans Canada. In its 2012 budget, however, the federal government announced it was divesting itself of the facility. At press time, the ELA remained slated for closure in March 2013.