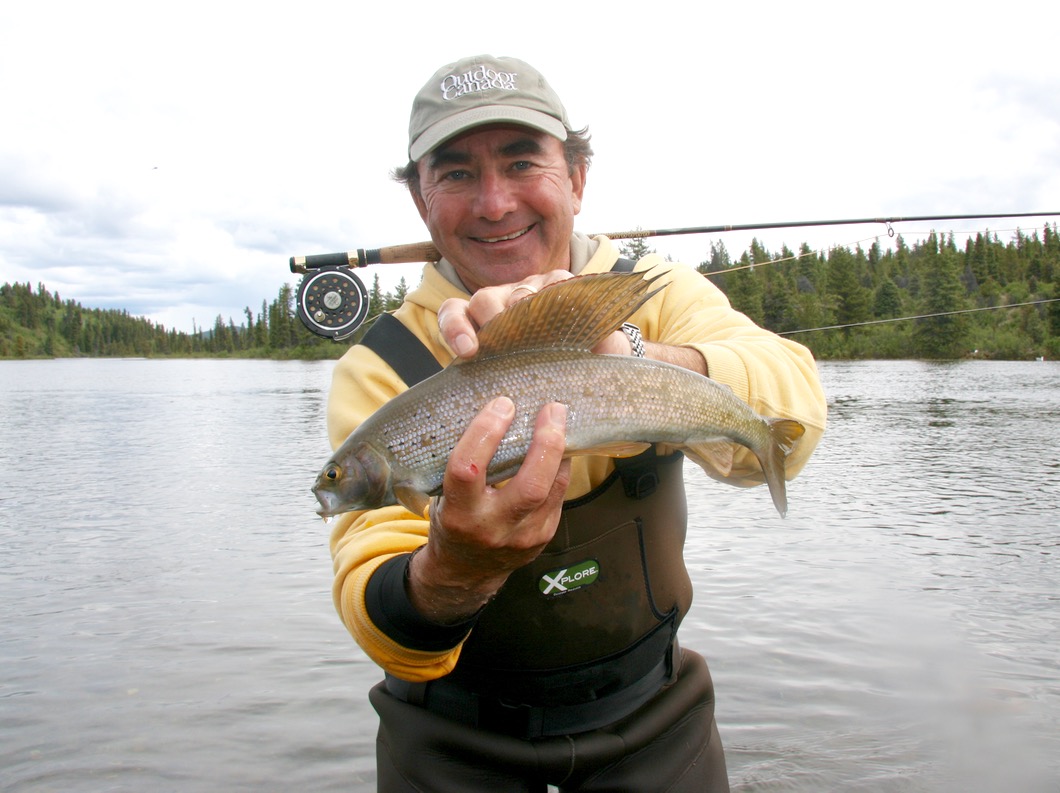 To land the biggest ones in the river, carefully control your lure

[easy-tweet tweet=”@GordPyzer says that when grayling are concentrated in rivers, this trick will land you the biggest ones” user=”OutdoorCanada”]

When you find Arctic grayling concentrated in large numbers, especially at the base of a waterfall or in a deep pool below a set of rapids, they’re so easy to catch that many anglers miss out on hooking a trophy. Instead of casting randomly, put on a pair of polarized sunglasses and look carefully into the water.

It’s usually so clear you can see the fish, and the biggest grayling will set up along the prime lies, such as current seams or back eddies associated with isolated boulders or submerged trees. When you spot a gargantuan grayling with its sailfish-like dorsal fin, cast a Mepps spinner, 1/8-ounce jig with a two-inch grub, dry fly or nymph upriver, then control the drift so it sweeps past the sweet spot. The fish you saw is what you’ll inevitably get.