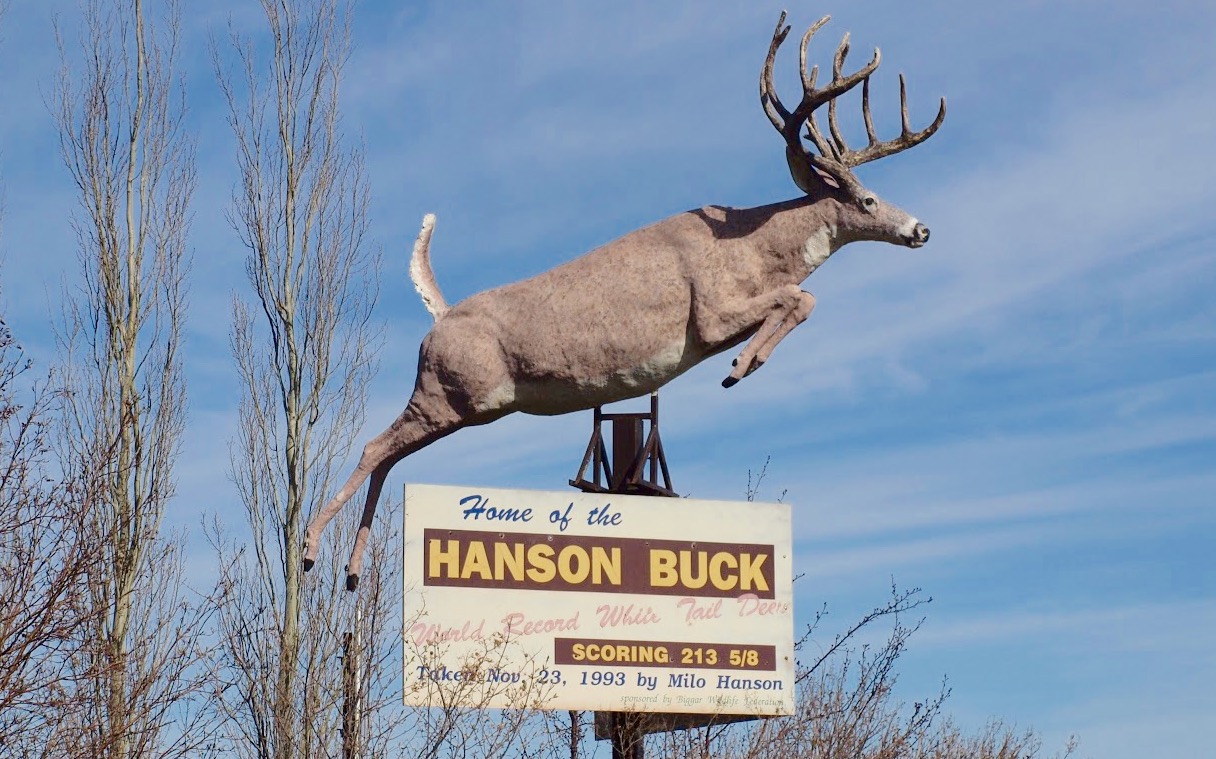 The Hanson buck: After 25 years, this Saskatchewan whitetail is still the world’s biggest

He wasn’t a hunting celebrity with lucrative endorsements and his own TV show, and he wasn’t spending the entire season scoping a parade of fenced-in, nutritionally jacked-up white-tailed bucks from the comfort of a heated tower blind. No, he was a Saskatchewan farmer named Milo Hanson, who worked hard to finish the harvest chores every autumn so he could enjoy a few days of deer hunting with his wife, Olive, and a couple of old friends.

He might have been an average guy, but on the snowy morning of November 23, 1993, Milo Hanson was about to become a living legend. Some of his neighbours had been seeing a deer with an enormous rack in the fields around Biggar, and when Hanson’s group pushed a willow clump, the big fellow came sprinting out. Hanson shouldered his .308 and fired, but he was shaking from nerves and, being an average guy like the rest of us, he missed. He and his group tracked the buck to another bluff, and this time Hanson fired and connected. As he stood over the dead deer, great tides of emotion washed over him. He knew the deer had a fabulous rack, but he didn’t realize he had just killed the biggest typical buck in history.

White-tailed deer are widely regarded as North America’s greatest game animals, and justifiably so. For starters, they’re widespread, abundant and a challenge to hunt, elusive from the first hour of opening day. Best of all, whitetails offer equal opportunity—any kid with a beat-up pickup truck and an old Lee-Enfield enters the field with pretty much the same odds as a Texas billionaire. And one of these days, someone is going to run into a deer that’s even bigger than Milo Hanson’s legendary buck, finally besting the 213 5/8-inch Boone and Crockett world record.