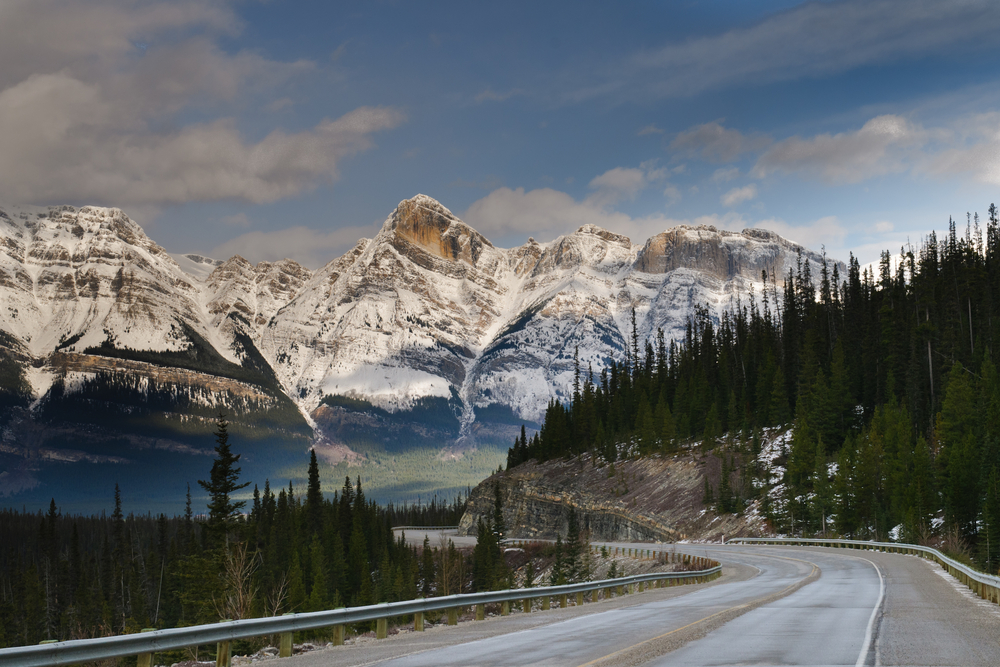 The most scenic RV routes in Canada

When it comes to beautiful routes in Canada, you’ll find hundreds to choose from. Heck, maybe even thousands. This country is full of unbeatable natural scenery, from the eastern shores of Newfoundland to the beaches of Vancouver Island and everything in between. Mountains, lakes, oceans, glaciers—Canada’s got it all. And if you’re an avid RVer, you’re in a prime position to enjoy some of the world’s most scenic routes.

Whether you already own an RV or you’re on the hunt for one (in which case, you’ll find 60 of Canada’s top independent dealers through RV Care), here are a few can’t-miss trails.

The Icefields Parkway is an obvious choice if you’re RVing around the border between Alberta and British Columbia. Stretching 232 kilometres through the heart of the Rocky Mountain Parks World Heritage Site, this is a pilgrimage every Canadian should make. Stretching from beautiful Banff all the way up to the equally beautiful Jasper, the drive takes you past pristine mountain lakes, giant glaciers, and incredible valleys. This is one road not to be missed.

The Summit Drive in the Eastern Townships

Just east of Montreal, the mountains of the Eastern Townships sprout up from the plains like beacons of adventure. And the roads going over them offer one scenic vista after another. The 157-kilometre Summit Drive takes you to some of the tallest mountains in southern Quebec. With incredible scenery throughout, you’ll also roll through quaint little towns and have the chance to eat incredible food along the way. You’ll also find tons of opportunities for hiking and outdoor adventure.

Nova Scotia’s Cape Breton Island is touted as one of the world’s most scenic destinations. Its mountainous landscape rises dramatically out of the ocean, and it’s a major draw for tourists from around the world. The Cabot Trail is 298 kilometres long and circles the northern tip of the island. Passing through the Cape Breton Highlands National Park and along the rugged coastline, this road offers spectacular views of the ocean.

Following the northwest shoreline of Newfoundland’s Great Northern Peninsula, the 415-kilometre Viking Trail extends from Deer Lake to Saint Anthony. It gets its name from being the main road to L’Anse aux Meadows, the only known Viking settlement in North America. The road follows the western coast of Newfoundland, with views of the Gulf of Saint Lawrence and the Long Range Mountains. And if that’s not enough in the scenery department, it also passes through the epic beauty of Gros Morne National Park.

People come from around the world to check out Algonquin Park. Usually they bring their canoes, as much of Algonquin is accessible only by boat, but there’s one gem of a highway that cruises right through it: Highway 60. At 256 kilometres long, it takes you through the heart of the park. Surrounded by uninhabited wilderness, the route features lakes and forest, as well as plenty of moose and deer, all visible from the road. It’s particularly gorgeous in the fall when the leaves start to change colour, but this road is a treat any time of year.

If you want to have a good look at Canada’s north, this road, which extends for 736 kilometres north from Dawson City, Yukon, to Inuvik, Northwest Territories, is the way to go. Crossing the Peel and MacKenzie rivers, it offers a glimpse of a part of the world few people ever see. But they should. Arctic tundra gives way to the mighty MacKenzie Mountains, and wildlife abounds. Moose, mountain goats, caribou, wolves, wolverines, and grizzly bears all call this region home. Combine that with 24 hours of sunlight in the summer, and you’ve got all the fixings for an incredible adventure.

From downtown Vancouver all the way to Whistler, this highway almost lives up to its name. While the full length of the road goes from the US border to Lillooet, it’s the section from Vancouver to Whistler that’s the most famous and the most beautiful. Gaining 700 metres of elevation (with lots of ups and downs in between), this engineering marvel is a real gem. With a continuous view of Howe Sound and the Coast Mountains, be sure to drive carefully, as you’ll be doing lots of rubbernecking in all directions.

Looking to explore Canada’s great outdoors in an RV? There’s an RV Model for everyone, from lone adventurers to families with pets, and all RV Care Retail Customers are entitled to high-priority service at all member dealerships and competitive pricing on parts and accessories. Learn more at rvcare.ca.