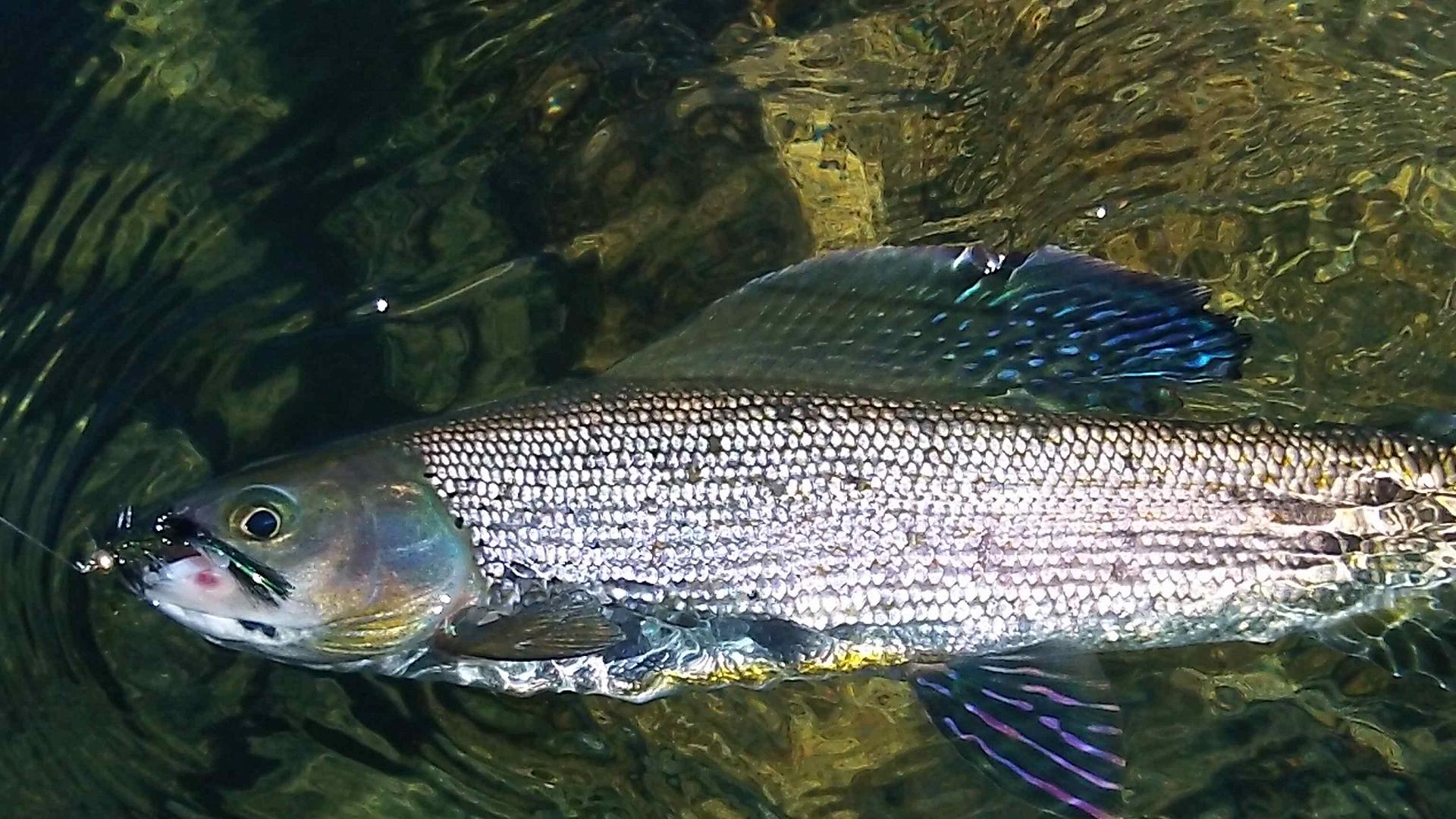 This morning at Yellow Dog Lodge, we awoke to blue bird skies and a slight breeze. So rather than troll for lakers, guide Garrett Fyfe suggested we head up the McCrea River, at the north end of Duncan Lake, to fish for Arctic grayling. At that, I rigged up a light-action spinning reel for Riley with a #2 Mepps, and a 5-wt fly rod and a Parachute Adams for yours truly.

On the way to the rivermouth, we hit a few pike hot spots for good measure; again, no trophies, but lots of eager, smaller biters. At the river, where we were joined by YDL’s other guides, Kirsten and Lisa, we beached the boats and hit the trail leading to a stash of canoes just up the river. From there, it was a kilometre’s paddle to a portage, where we made a few casts. Again, Riley had the first bite, but he didn’t manage to bring a fish to hand.

A half-hour later, it was onward ho, farther up the river to a gravel bar, which would serve as our base for the rest of the day as we wet-waded up- and downstream searching for active fish. I had some good luck on dries, but caught most of my fish on a beaded Woolly Bugger. Alas, Riley never did land a grayling, despite Garrett’s steadfast encouragement (and my ribbing).

Not that Riley was terribly concerned. As he said to me after I kept insisting he needed to catch a grayling to round out his multi-species N.W.T. fishing adventure, “What’s the big deal?”

As I mentioned before, I’m a hard-core angler. Riley is not. But in the end, he was right—what was the big deal? After all, we had a pristine wilderness river all to ourselves, with nothing but the sounds of the flowing river filling the air. Pure backwoods bliss.