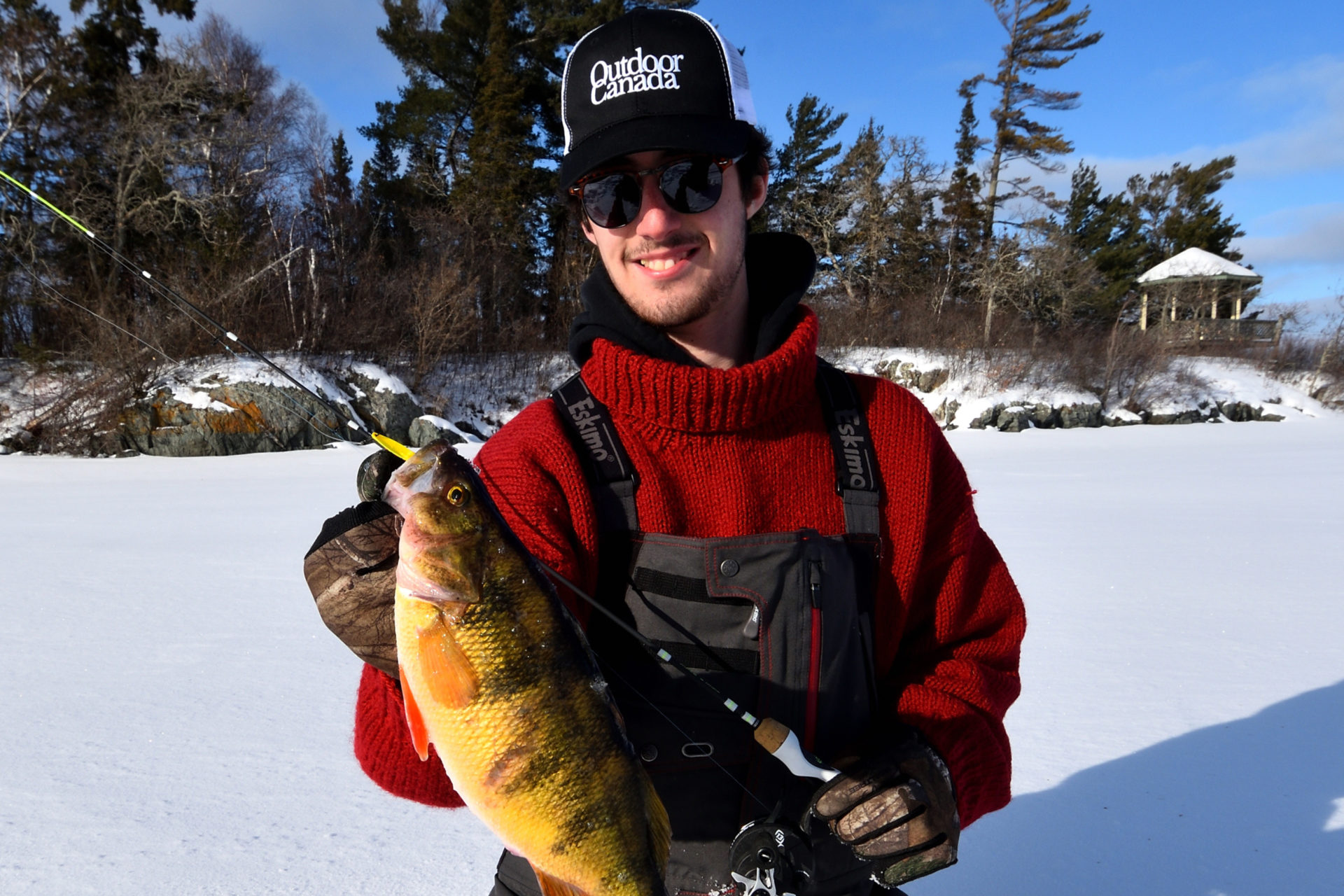 The Russians are coming: Cold War tactics for jumbo perch

Some folks call them beaded spoons, while others refer to them as Russian hooks. But whatever you call them, these thin, light lures that are shaped like the end of your smallest finger, and adorned with a colourful bead may be the finest jumbo perch baits ever crafted.

Living up in Northwestern Ontario, I usually drive over to Winnipeg and fly to Toronto, but on the rare occasion I drive the marathon 2,000-plus kilometres. I will often take the southern route along the lower shore of Lake Superior, so I can pop into the myriad tackle shops in Minnesota and, especially, Wisconsin and Michigan. In those latter states, it seems like every small town has a favourite local Russian hook maker. They go by many names, too, including the Tricky Ricky, Smackin’ Jack and Slab Grabber to name but a few. And they all excel at catching jumbo perch for two hugely important reasons. 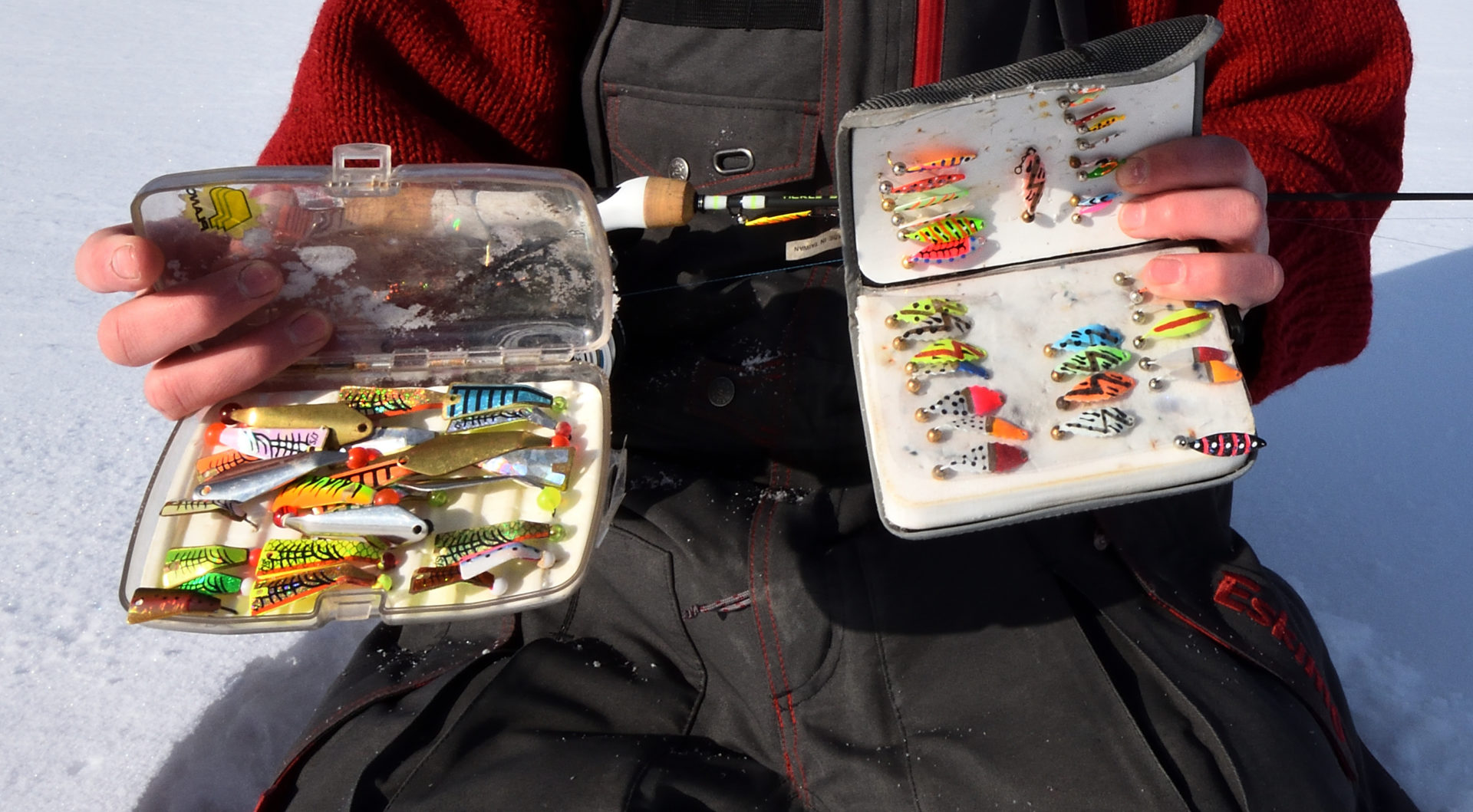 The first reason, is that you can use the lures to call in and attract panfish from significant distances away. Yesterday, for example, I was perch fishing with my grandson Liam, and often when we dropped our transducers into a hole the Humminbird screen looked as bare as old Mother Hubbard’s cupboard. But after we jiggled our lures a few times, the perch flocked to our baits like wasps swarming to a summer picnic.

But attracting the big yellow, orange and black striped bandits is only half of the battle. You still have to put the fish on the ice, and there is just something special about the way these lures rock back and forth, ever so subtly, with the bright bead serving as a target or focal point.

The key to the process, though, is not overworking the little lures. Pop one up a couple of times so that it kicks out to the side and flutters back down and then hold it perfectly still. When it comes to rest, you’ll see curious perch slide over, rise up, focus on the bead and inhale it. 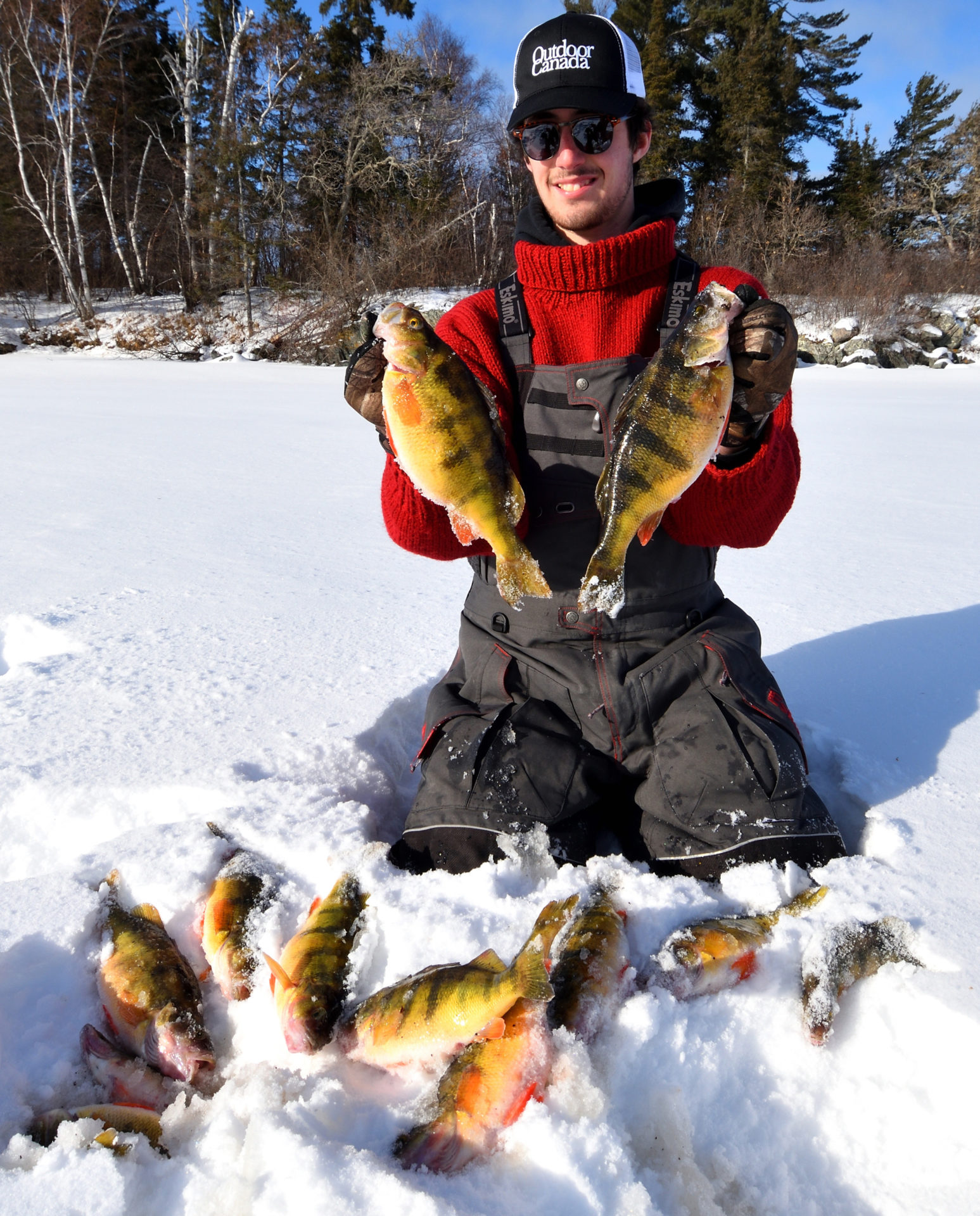 Another trick I like to employ is letting the lure fall to the bottom so that when I hop it up it creates a small cloud of dust.  I think the perch think it is one of their brothers grubbing in the mud and it often fires up the school.

On the very rare occasions when you spot a perch on the sonar screen that refuses to bite, however, you can almost always trick it into gobbling up the lure by ever so slowly lifting it up while you shake it continuously with the tiniest twitches.

There’s one last detail that will help you ice more than your fair share of Cold War perch this winter: Use a single-action ice reel like 13 Fishing’s Black Betty and HT Enterprise’s Polar Fire Deluxe TightLine Reel. These single-action marvels feature large arbours and elevated reel seats that counteract the negative effects of line twist. This is so important when you are fishing a Russian hook, because the only movement you want is a subtle rocking back and forth sway, not a whirling Dervish spinning around in circles. 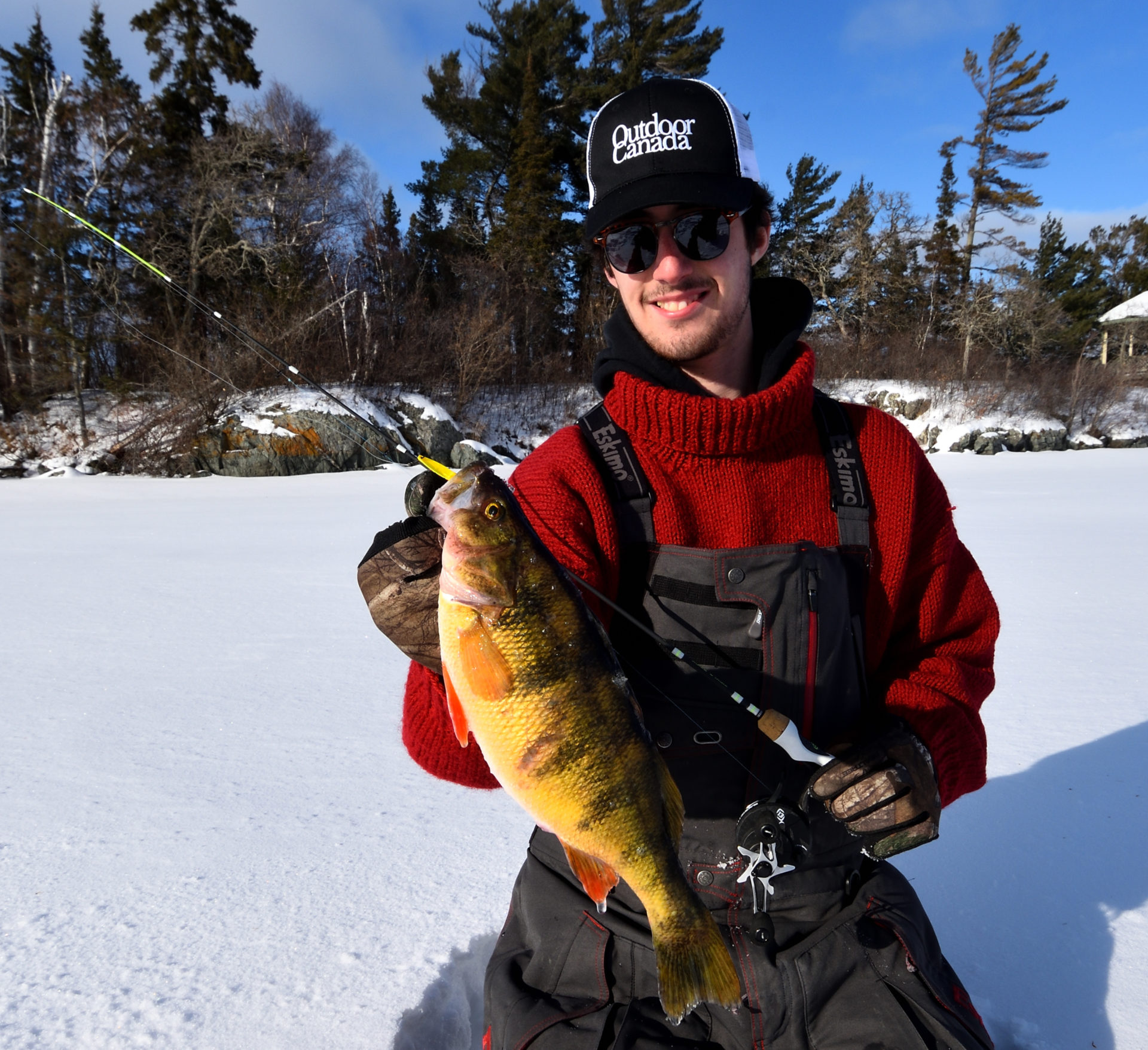 And set the hook any time you lose touch with the lure, because if you wait to actually feel a strike, you could be hanging around for a long time. Jumbo perch tend to simply rise up slowly, inhale the lure and then suspend or elevate even higher without the angler feeling anything.

The political Cold War may be over, but the fishy one is just beginning. Good luck out on the ice this winter.