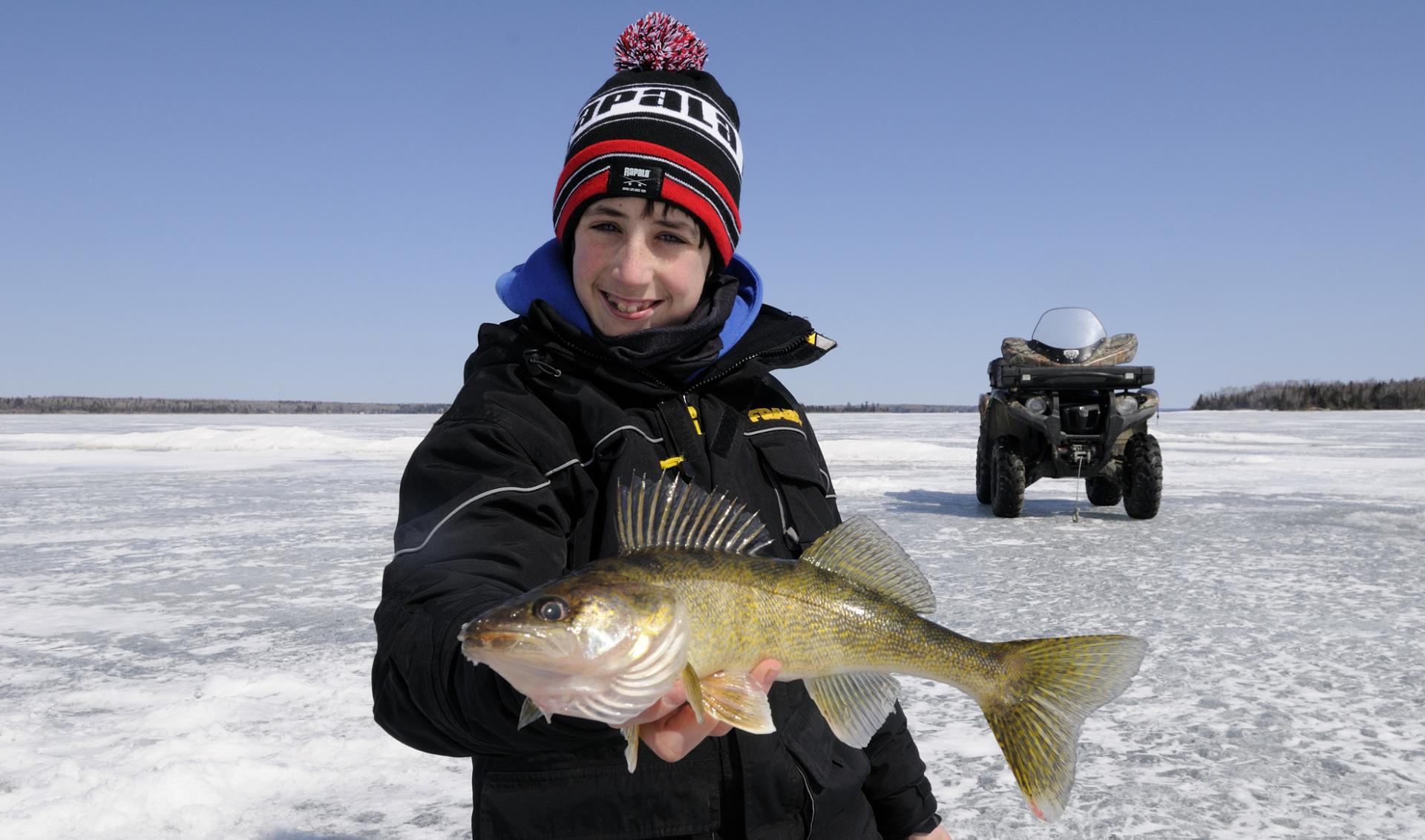 The #1 secret to fishing success at first ice

I’ve been noticing an interesting trend of late on social media, especially on Throwback Thursdays.  Friends across the country are posting images of fish they caught last winter, with the gleeful reminder that the ice fishing season is rapidly bearing down upon us.

Indeed, even though I still have my boats in the water, I anticipate that I’ll be drilling my first hole in the ice and pulling up my first fish of the winter before the end of the month.

I mention the strange combination of boats and ice fishing because the most important thing I’ve discovered over the years, to successfully opening up the ice fishing season, is going back to the same spots where you left the fish in the fall.

As a matter of fact, buddy Doug Stange and I filmed an In-Fisherman Ice Guide TV show a few years back in which we started the show fishing out of the boat for black crappies in late autumn.  It was a glorious early November, Indian Summer-type day and Doug and I caught and released a slew of big plate-size slabs. 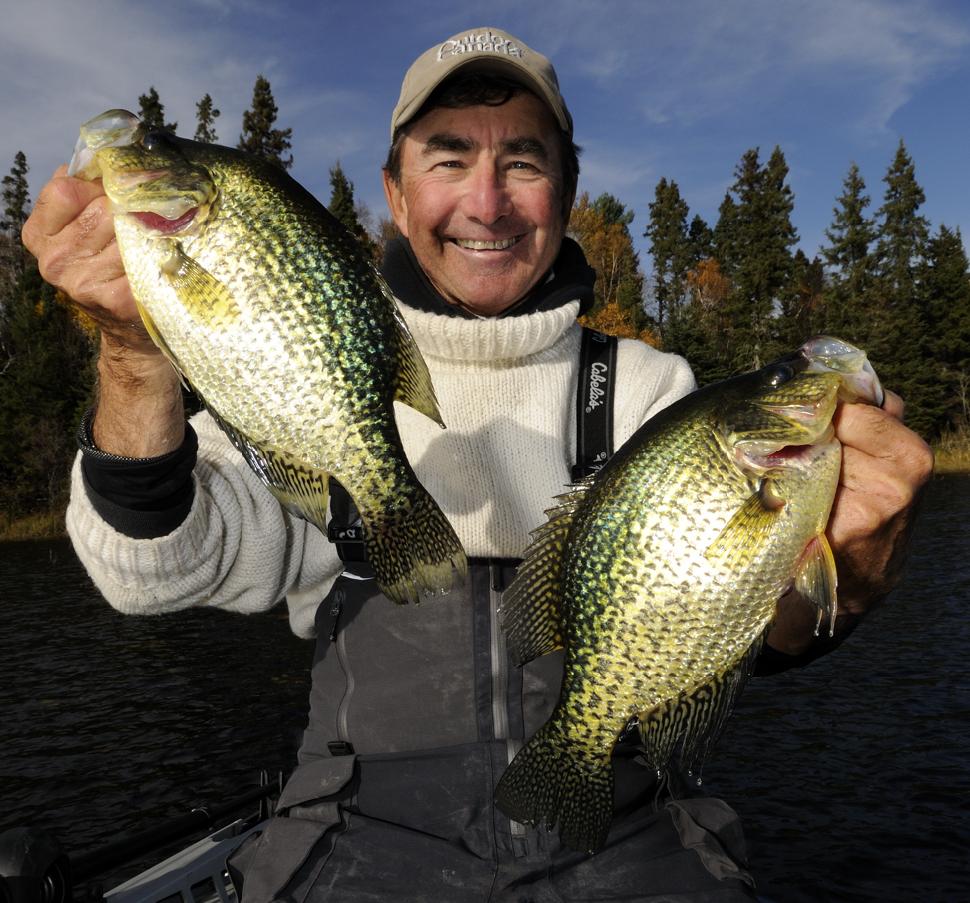 As we landed the fish on camera, Doug and I  discussed how the “fall consolidation” period for walleye, sauger, yellow perch, northern pike and black crappies is generally a much longer process than most anglers understand.  And one that doesn’t typically conclude until well into the new year.

To prove the point, right in the middle of our conversation, Doug said that the school of fish we were working was so good, that we were going to come back in a few weeks time and open the ice fishing season right there.  That is when the scene flipped, it suddenly was winter and Doug and I rolled up to the exact same spot on our snowmachines.

We quickly hopped off, cut a couple of holes in the ice, dropped down our lures and with the camera running, landed a brace of big crappies.  It is nice when a television show comes together that seamlessly.

We received a lot of positive feedback about that show because it proved so vividly (and visually) that despite the drastic change of weather and seasons, the fish hadn’t moved.  Not even a few feet.  They were smack dab where we had left them in the boat a few weeks prior. 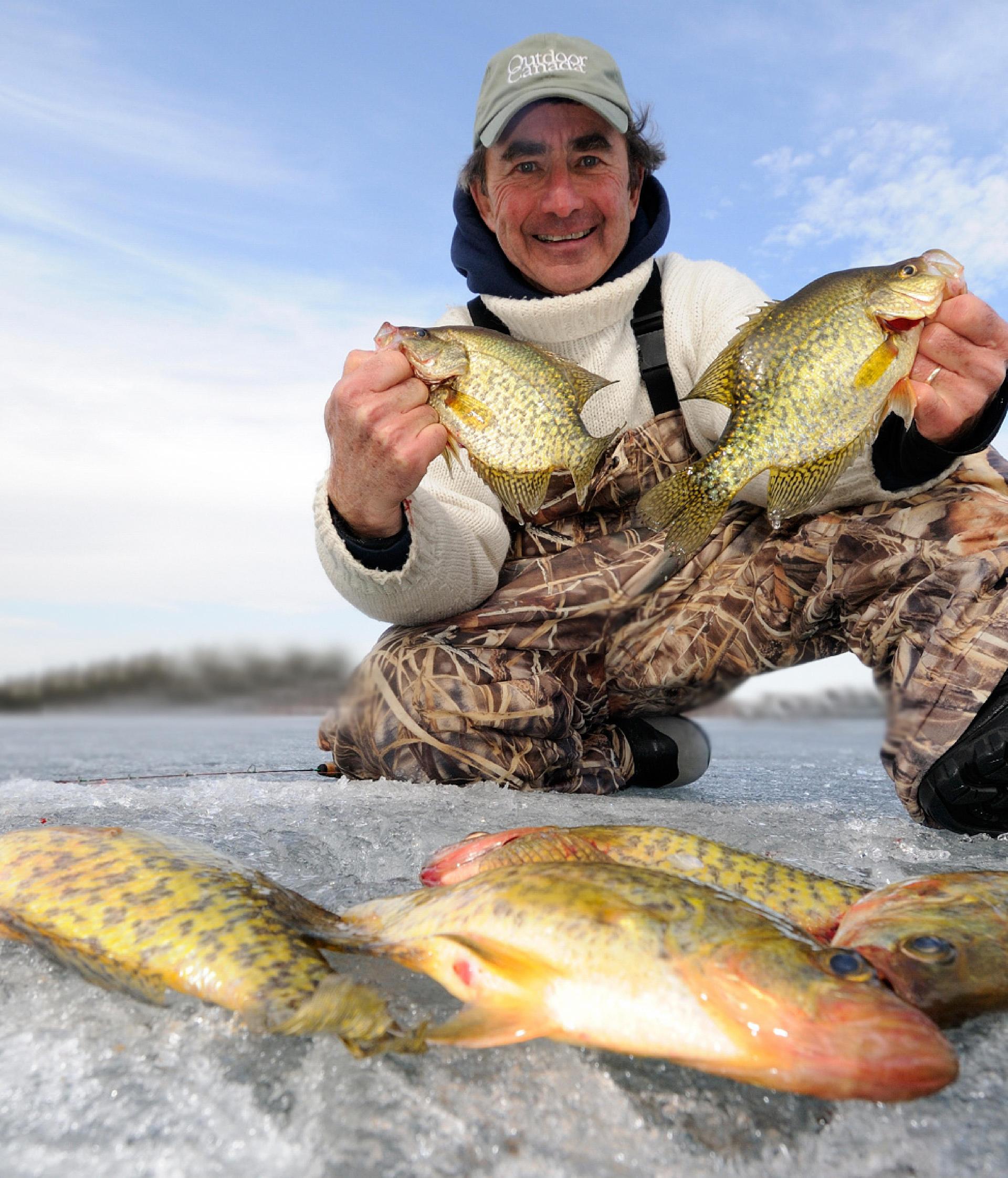 And, while Doug and I were fishing for crappies, it just as easily could have been for walleyes, sauger, yellow perch or pike.

Indeed, a few weeks ago I reported on the absolutely unbelievable action that my daughter Jennifer and ten-year old grandson, Campbell and I enjoyed catching giant jumbo perch.  The action was so fast and furious that I’d count it among the top three or four best days we’ve enjoyed over the past decade or two.

And you better believe that I punched in the waypoint of that school on my portable handheld GPS unit.  The same GPS unit that I have permanently mounted between the handle bars on my snowmachine.

Here is something else you can take to the bank: within the next 30 days, I will be sitting on my snowmachine on that precise waypoint, wailing away on the same school of giant jumbo perch.

In fact, given the long drawn out fall consolidation period, it is likely that I will find the school of perch to be even bigger.  And because no one will have hassled them as the ice formed, they’ll be even hungrier and more competitive when I drop down my lure for the very first time.

Forecasting where you’re going to enjoy the best fishing at first ice is really that simple and predictable.  Which is why, if you still have your boat in the water, it will pay over the next week or so, to punch in the waypoints of the spots where you enjoy the best action.

Then, return a few weeks later when the ice is safe enough to travel and smile when everyone marvels and asks, “How did you find that school of fish so fast?“