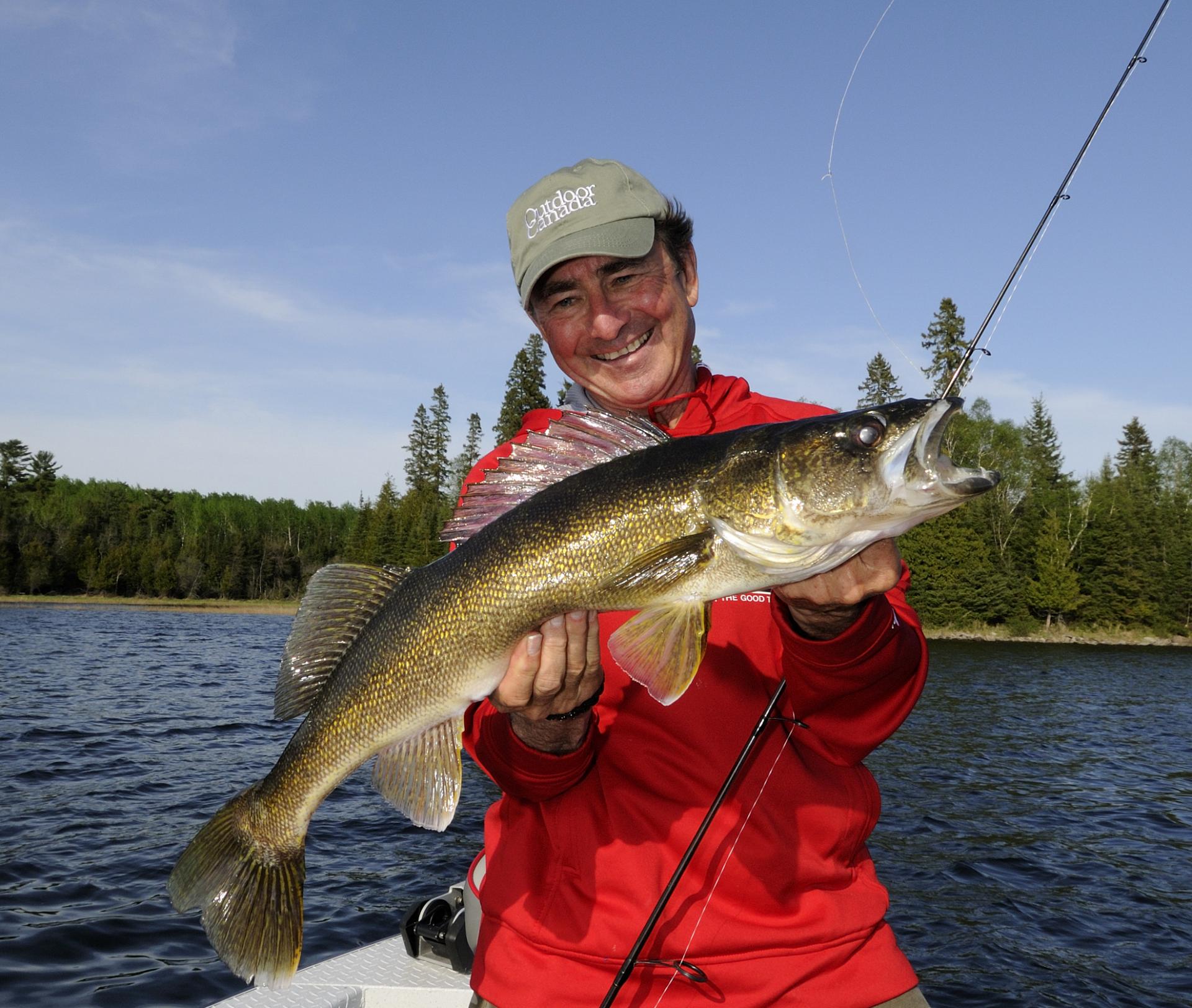 The wonderful ways of spring walleye

Whew, I am finally back home after what seems like four days of non-stop talking about walleyes.  It began on Thursday evening in Winnipeg when I met up with the members of the Walleye Angler’s Association of Manitoba (WAAM) and continued over the weekend at the Parkland Expo and Outdoor Show in Yorkton, Saskatchewan.

Seems as though prairie folks love their walleyes as much as I do.

And with the spring spawn about to get underway shortly, I thought I’d share some of the things about walleye reproduction that we discussed over the past few days—such as the fact that walleye actually learn where to go to lay their eggs.  In other words, first-time spawning walleye follow more educated adult walleyes.

The late Val Macins, a good friend and former colleague at the Ontario Ministry of Natural Resources was the biologist responsible for managing Lake of the Woods.  Val, and two other well respected researchers, discovered that the more often a walleye returns to a specific spring spawning shoal, the more permanently the route and the site are etched into its memory. 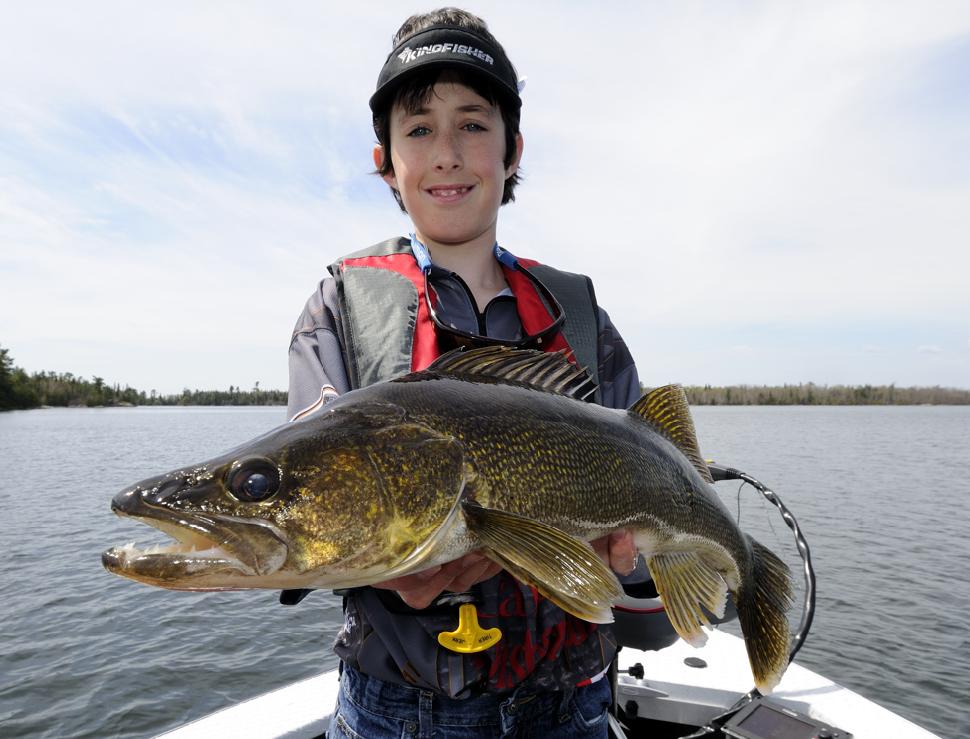 The reason the researchers suspected that adult walleye learn where to go in the spring is because young walleye don’t spend enough time in their nesting grounds to remember where they were born.  Unlike smallmouth bass that return to the same rock – literally – where they were born, after hatching walleye fry are at the mercy of wind and river currents, and are quickly blown around and dispersed throughout the lake.

This is very different from salmon, for example, that return to their birth place to spawn before they die because salmon fry remain in their natal stream for a year or more, where they are imprinted with the smell and taste of their home waters before leaving for the ocean or the Great Lakes.

Macins, on the other hand, believed that walleye develop a homing instinct to a spawning area they choose as adults.  Along with fellow researchers Denis Schupp and D.E. Olson he noted that the destination of a first-time spawning walleye is likely a chance occurrence.  In other words, a roll of the dice.

Indeed, what happens is that first-time spawners likely hook up with groups of older adults, not unlike migrating geese in the fall, and follow them to their shallow rock rubble beds.  Regardless of how they find them, though, walleye appear to choose spring spawning sites and then home to them with greater intensity every year of their lives.

Another question I fielded several times over the weekend was why, in the spring when we’re fishing for walleyes, are so many of the fish males.  And why are larger females seemingly under represented?

There are two reasons.

The obvious one is that males outnumber females on the spawning grounds because they mature at least one year earlier.  So, there is at least one extra year class of males spawning.

The second reason, however, is much more fascinating.

According to another good friend and former colleague, Dr. Peter Colby, the retired head walleye scientist with the Ontario Ministry of Natural Resources, the larger female walleyes are quicker to vacate the spring spawning areas in search of what Peter calls “deep-water refugias”.

In other words, they head for colder water where there is soft-rayed forage like ciscoes and smelt for them to eat. 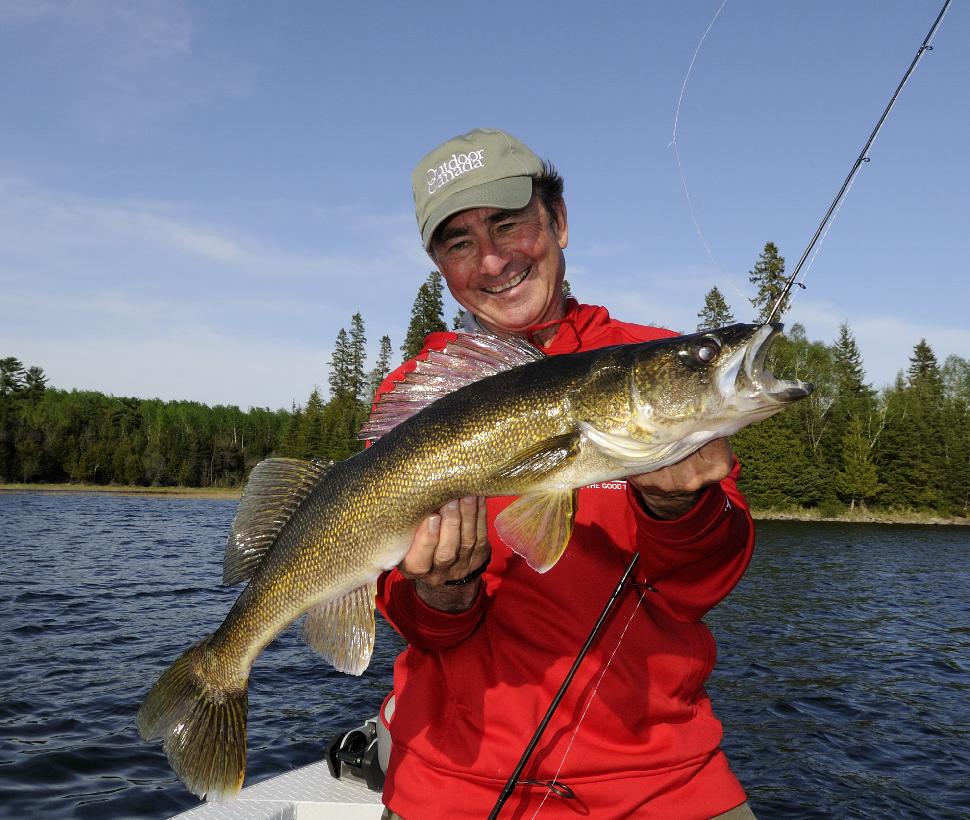 But as walleye grow bigger, they are able to switch from what is most abundant to what they prefer.  And what they prefer are soft-rayed forage fish like ciscoes and smelt.

As I’ve mentioned many times in the past, as well, Peter discovered that bigger walleye have another reason for retreating to deeper water, besides tasty tidbits. They can grow larger and therefore produce more eggs.

“The strategies of male and female walleye are different in the spring,” says Colby.  “The males linger around the spawning areas and eat perch and shiners. But the females move to colder water to reduce the metabolic demands on their body. Their whole strategy revolves around consuming food in order to produce ever greater numbers of eggs.”