Things to keep in mind when driving on frozen lakes

Things to keep in mind when driving on frozen lakes

My trip to "the office" is across the frozen ice. Here's how to keep it safe

While most folks drive to work on busy roads and highways, my trip to “the office” most days is across the frozen ice covered surface of a lake or river somewhere in Northwestern Ontario or Manitoba.

This doesn’t make it any less risky or hairy, however.

My first ice road eye opener was way back many years ago when I had a permanent ice hut out anchored off Jackson’s Point on Lake Simcoe. I decided one Sunday afternoon that it was finally time to pull off the shack for the season and bring it home.

The next day, the lake opened up and there was no sign of ice, whatsoever, on the spot where the previous day my shelter had resided.

Another time, many years later on Lake of the Woods, we were hit with a quick late February/early March thaw and while the ice was still plenty thick where we were driving, we were plowing two feet of water with the front of the truck.  In fact, when we stopped to get out to fish, it rushed over the floor boards and inside the truck. Not good!

Also, not good was the time on Lake Winnipeg when three truck loads of us hightailed it out in the morning, so far from shore that we lost sight of it.  No problem, since we all had GPS units running in the trucks, so that when darkness descended, we could follow our trail back to the landing.

Or so we thought.

I was driving the lead vehicle and as we got closer to shore, I’ll never forget peering out the front window and seeing something dark and foreboding in the headlights immediately in front of us.  When I stopped and we got out of the truck to investigate, imagine the shock when we discovered that the pressure ridge we had safely driven over in the morning had opened up and there was now a 200 yard wide stretch of open water smack dab in front of us, and for as far into the distance as we could see.

We drove parallel to the ridge for several miles in the eerie darkness, no one saying a word, before we finally found a small bridge of ice, no bigger than the width of the truck, over which we could safely pass.  But the drop down was at least two feet and let me tell you, it was hairy.

Which makes for the perfect segue to this week’s short video tip. Driving on frozen lakes and rivers is generally safe, so long as you properly plan for the winter adventure.

Beyond the obvious essentials of waterproof matches, extra clothing, and portable heat sources, however, there are a few things you need to keep uppermost in mind when you drive on ice roads or frozen lakes and rivers. A couple of them, I think, will surprise you.

With that in mind, click on the following video link and see if you know what they are.

Oh, yes, and as the Hill Street Blues desk sergeant used to remind the officers after the daily briefing each day… Be safe out there! 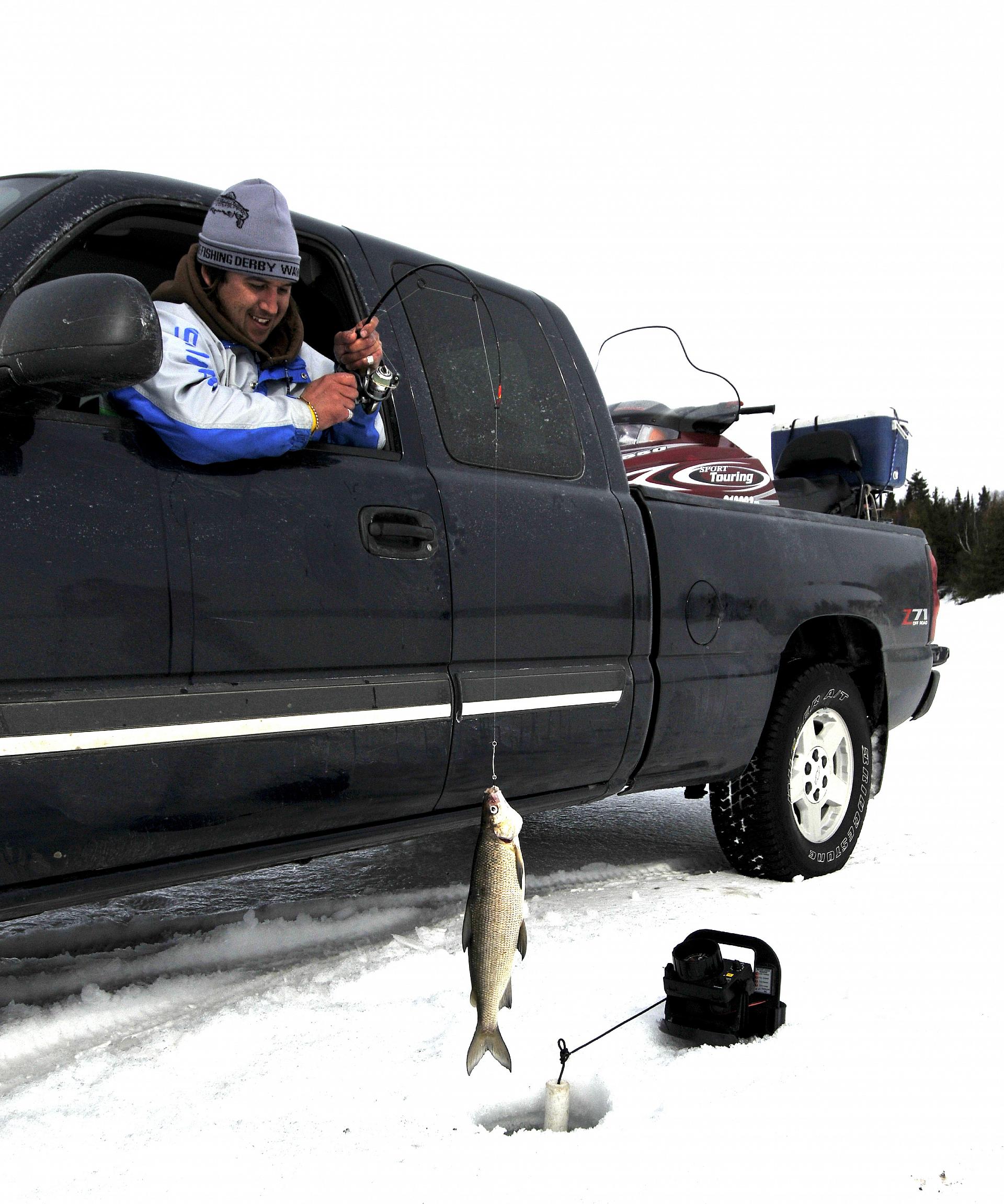