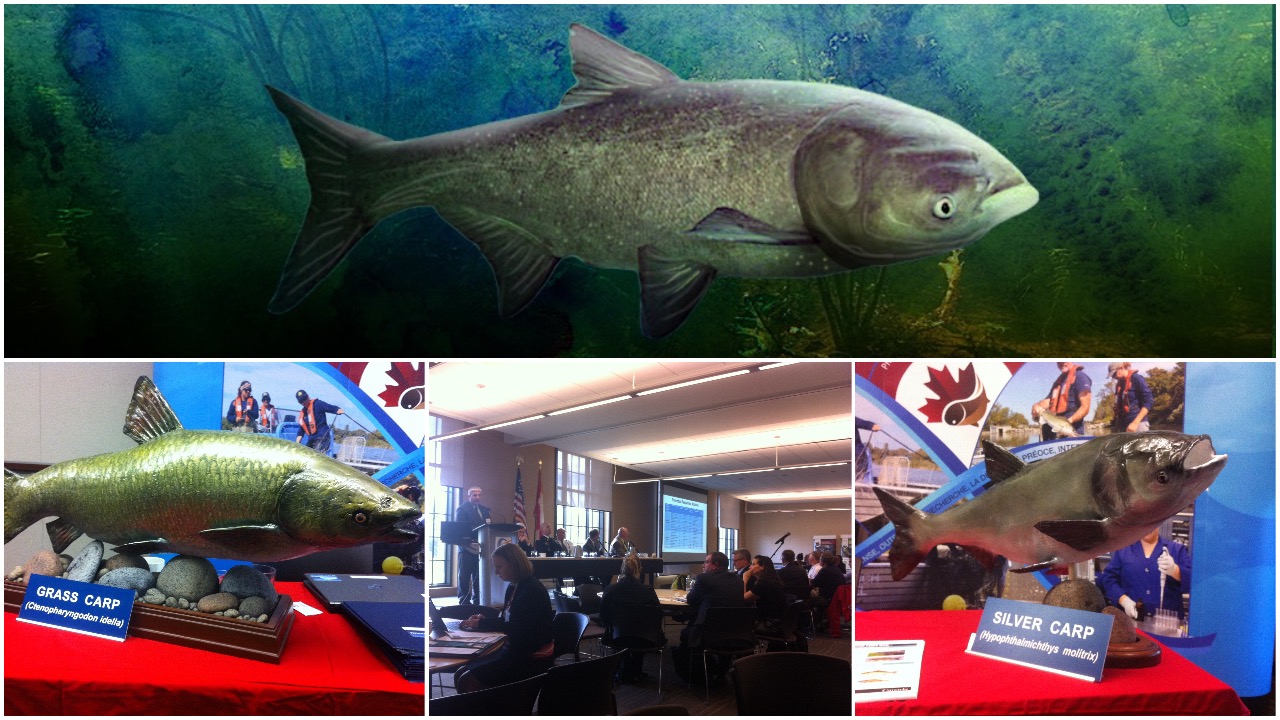 How close are we to an Asian carp invasion of the Great Lakes?

"Prevention is a lot cheaper than management and control,” forum participants told

Though invasive Asian carp have yet to establish reproducing populations in the Great Lakes, now is hardly the time to let our guard down. That was one of the key messages conveyed at the Asian Carp Forum in Toronto on October 3. Indeed, governments on both sides of the border need to be vigilant and maintain or step up efforts to keep self-sustaining populations of invasive carp out of the Great Lakes.

Hosted by Great Lakes Fishery Commission, in cooperation with Fisheries and Oceans Canada, the purpose of the forum was to provide an update on the current status of Asian carp in and near the Great Lakes region. As well, presenters outlined actions being undertaken in the U.S. and Canada to manage Asian carp. And if a recent survey conducted in Ontario by the Invasive Species Centre on public awareness of Asian carp is any indicator, more outreach is certainly necessary. While 58 per cent of the 1000 respondents knew Asian carp are invasive, only 12 per cent knew that they weren’t already established in the Great Lakes.

Comprising four species—bighead, silver, grass and black—Asian carp pose a serious risk to the health of the Great Lakes ecosystem. They were first introduced in the southern U.S. in the 1970s to eat excess algae in fish farms. They escaped, likely during flood events, and have spread throughout the Mississippi River basin, causing ecological havoc in their wake. There are a few locations where carp could potentially enter the Great Lakes basin, but the highest likelihood of arrival is from the Chicago Area Waterway System into Lake Michigan.

If established in the Great Lakes, invasive Asian carp would out-compete native fish for food and habitat, and possibly decimate recreational and commercial fishing industries. Bighead and silver carp are largely considered to be the worst as they can grow up to 40 kilograms and eat up to 20 per cent of their body weight in plankton each day. They also reproduce quickly. And silver carp can be particularly dangerous to boaters and anglers because the fish sometimes jump up to three metres out of the water at the sound of boat motors.

To that end, Cudmore and her small team of researchers and field agents sample and monitor Canadian waters near the most likely arrival points for signs of Asian carps, using techniques such as environmental DNA sampling, netting and electro-fishing (see photo of boat, below). At the forum, she explained how sample sites were chosen and showcased the different pieces of gear used to catch fish. In 2015, DFO researchers caught 67, 221 fish from 97 different species. 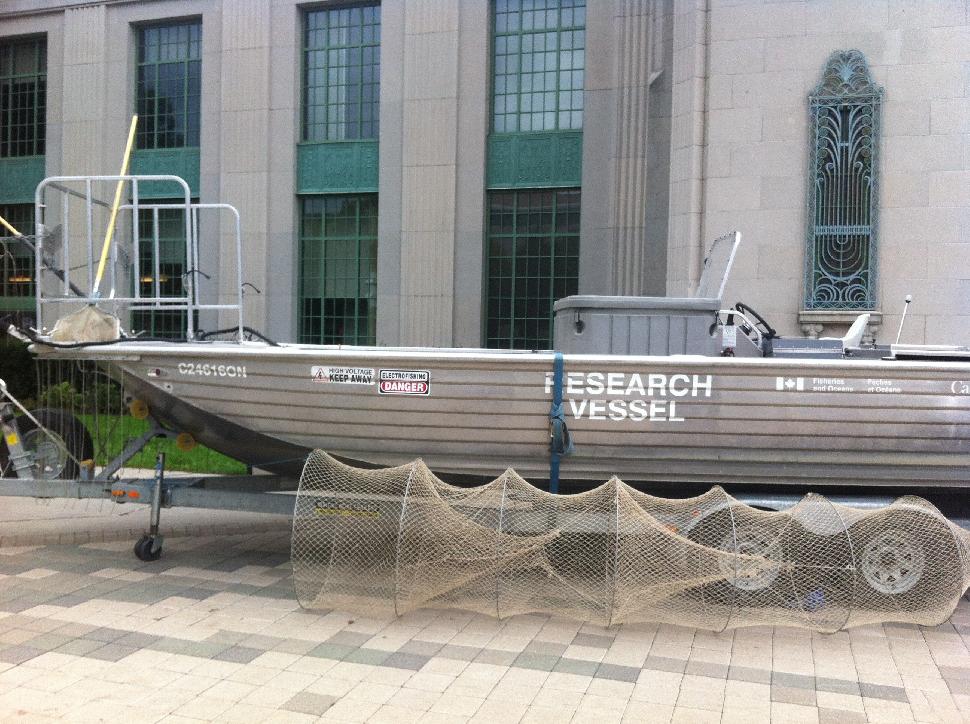 Meanwhile, scientists at the forum also presented information on a project underway at the Centre for Inland Waters in Burlington, Ontario, to study how radio-tagged fish react to barriers created using bubbles and sound.

If successful, this kind of barrier could enhance the electrical field generators currently defending the Chicago Area Waterway System, and could also lead to the creation of portable barriers that could be deployed to protect specific rivers or streams during spawning.

And according to regional Director General of Fisheries and Oceans Canada Dave Burden, understanding how to repel aquatic invasives before they gain a foothold here is crucial. As he told participants at the forum, “Prevention is a lot cheaper than management and control.”

For more information on Asian carp, go to www.asiancarp.ca and to report a sighting contact the toll free Invading Species Hotline at 1-800-563-7711, or report it online at eddmaps.org/Ontario.