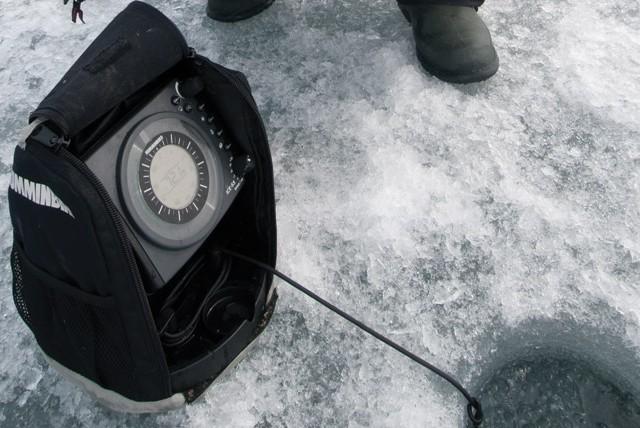 How to make the most of your sonar unit

There are no shortcuts to ice-fishing success. That said, if you’re not using a good sonar unit, you’re fishing with one if not both hands tied behind your back—and not just for the simple fact you won’t see if there are fish beneath your hole. No, sonar units can tell you so much more, especially what the fish are thinking.

If you’re jigging a lure aggressively, for example, and you spot a fish entering your screen, does it attack the lure while you continue shaking it, or does the fish swim away? What happens when you stop jigging and make the lure appear as though it’s frozen in fear? Or what if you draw the lure away from the predator as though it’s escaping? How the fish responds helps you fine-tune your presentation accordingly.

Most ice anglers position their sonar unit slightly off to one side of the hole while they place their rod tip over the top of it. Then they’ll turn their head back and forth between watching their sonar screen and their rod tip. This is not efficient. To keep your eyes glued to your sonar screen as well as your rod tip, position the sonar unit directly in front of you on the opposite side of the hole. Then keep your tip in the same field of view as the sonar screen. That way, you’ll never miss a fish appearing on the screen and never fail to notice your rod tip dipping, even for a split second, while a fish grabs your bait.